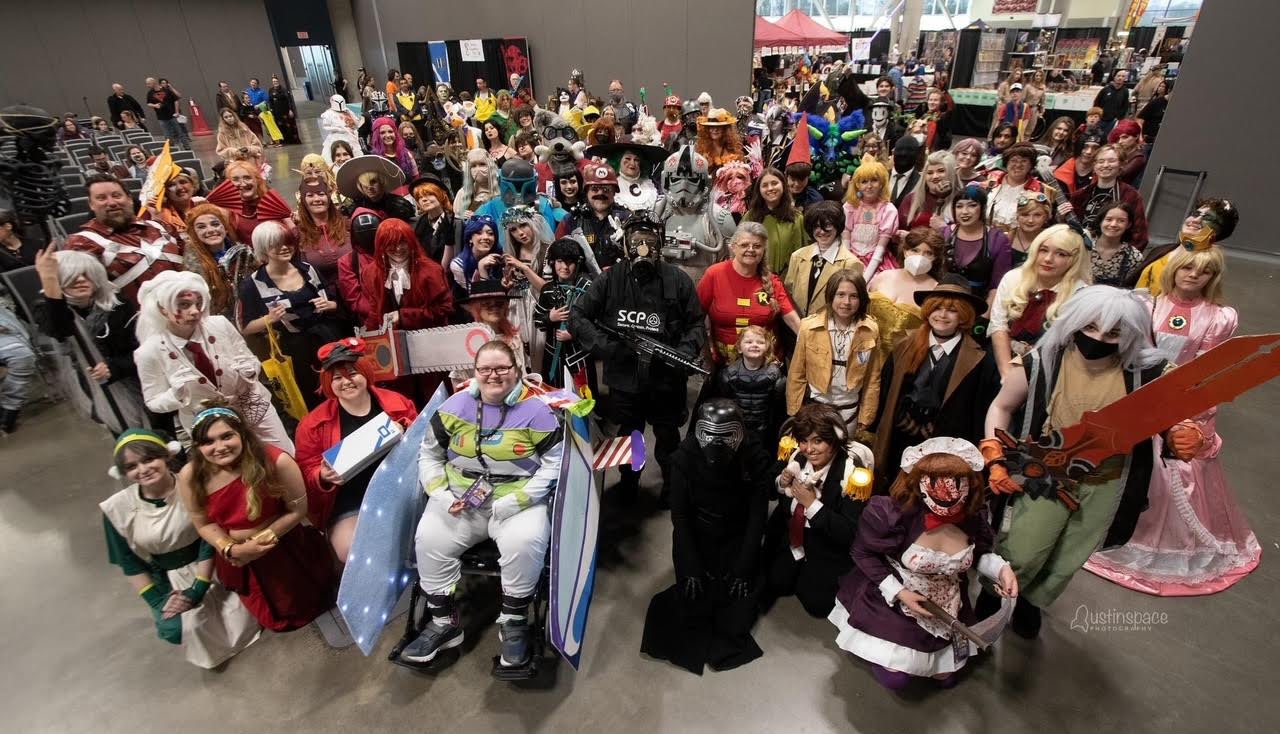 [Editors Note: This year we sent Quentin and Dale both to Lilac City Comic-Con. We wanted Quentin to continue to network and deepen relationships with indie creators, while at the same time, we wanted Dale to gain experience attending cons and writing about them. So, we divided this recap into two parts, one from Quentin and one from Dale. Up today, Dale’s recap! – Brett]

Lilac City Comic Con! The event of the season for the nerds in Spokane WA.  Q and I discussed options for who was going when, once the plan was in motion I spoke to my wife Cora, and the plan was set.  Cora, and I would be taking Jr and we would have a fun day. We went for breakfast and ventured off to the event, not really sure what to expect.  Last year’s event was a little toned down as we as a society were still recovering from the likes of COVID.

I was pleasantly surprised by the amount of attendees at this year’s con.  As we enter the facility we cross paths with Q as He and his band are leaving. As soon as we enter, I hear the show floor bristle with activity, an in-character dating game is about to start.  Always a funny experience.  But so far this is definitely a step up from last year!  The promise of a good showing on the horizon.

Jr immediately asks to go see R2D2, so back to the star wars section we go.  Though Jr has autism and didn’t really want to take a picture with anyone, I was still able to admire the scenery and plan a few things for myself for future comic cons.  I introduced Cora to the people I have become friends with at the local comic shop that has become one of my favorite stops, Monkey Biz!  I have Q to thank for telling about this wonderful gem once upon a time.  Cora has her own small business and we prefer to support those as much as possible!

After introductions are made, and some wares purchased, Cora, Myself and Jr, proceed to continue looking around. When low and behold we come across the movie vehicle for Optimus Prime of the transformer franchise, if you’re into large vehicles this thing was good to see. Immediately after that Jr spots a local rendition of the bat cycle and wants to jump into the side car, just as we happen to do that, who should appear but Lilac City’s own Batman to post with the picture.

After the said picture Cora, Myself and Jr begin moving around the wonderful nerd fest atmosphere, the costumes varied in style, content, and detail. But all of them were good costumes, you can tell that for those that tried in any amount an effort was made to shine the nerd / geek light bright! For the rest of the day we perused the comic creators that were there, making sure to stop by the booth that my long friend and local artist Shannon Potratz resided in.

After showing my support to Shannon Potratz, we continued walking around and seeing what was there and available. A lot of handmade items as well as wonderful artwork. Some that I enjoyed seeing including, the likes of wonderful crafters like Hyperspace props, the need for fabrics from Beauty and Geeks Fabrics! The con is truly the best place to go if you want to gather materials for your next great cosplay idea!

After going through the various booths that were there, and seeing who came to share their own brand of inspirations, Cora asked if we could leave as Her and Jr, where getting a little tired. So off we left, with another great con behind us Cora and I started talking about future cons, as you never know where things will lead!