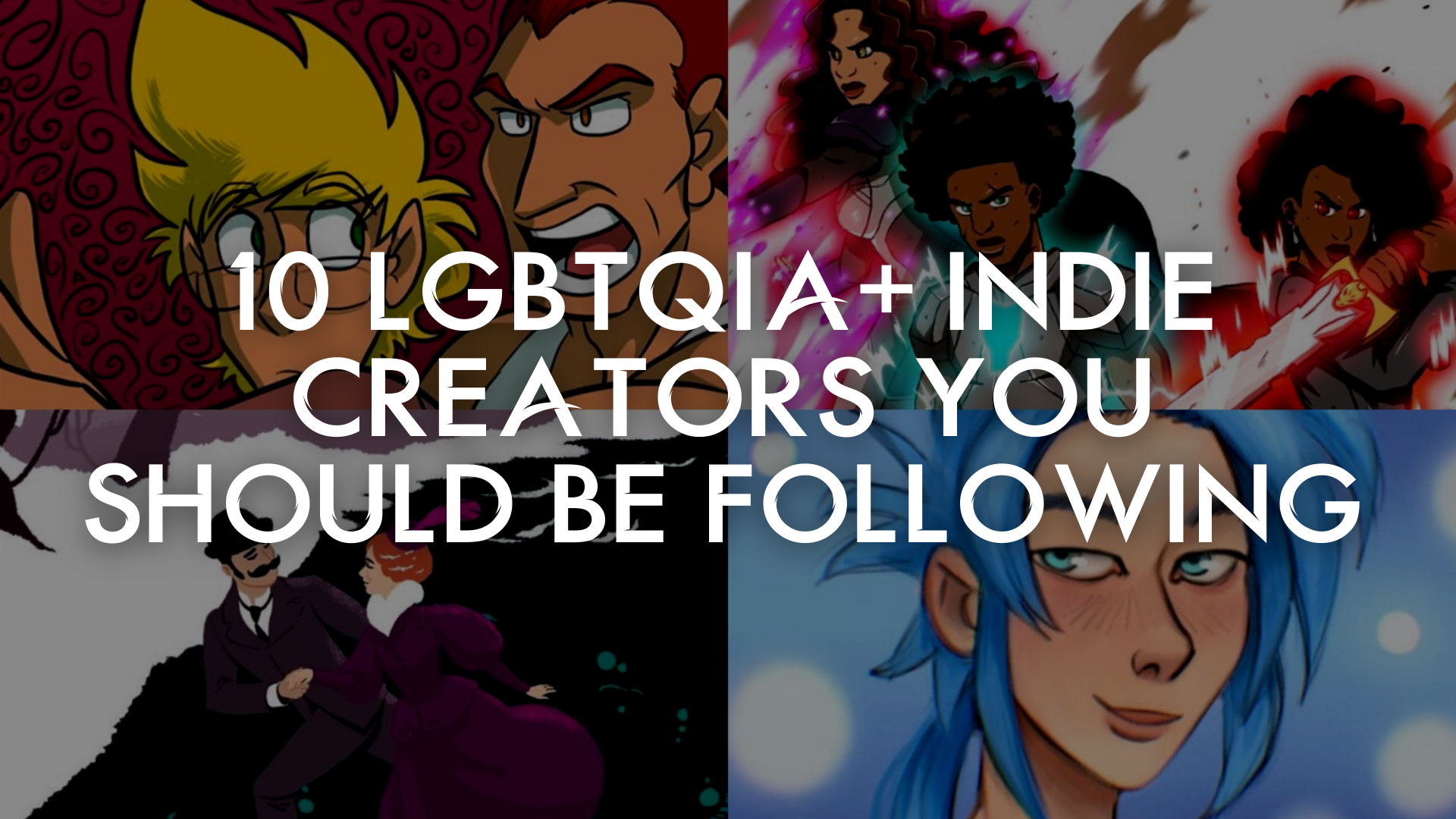 CaezHel is creating a webtoon sci-fi drama called Lucky! Lucky is a shapeshifter who’s just trying to find his way out in the universe. After meeting Francis, a human willing to help, Lucky is hopeful that he might have finally found his home. But there’s more at play here… Will Lucky have a real chance at living a normal human life with his new friends, or will the secrets of his past come back to haunt him?

Greg Anderson Elysée is a Brooklyn, NY born Haitian-American writer, educator, filmmaker, and model. He has been teaching various forms of filmmaking, including narrative and documentary, from elementary level to the elderly since 2012. Is’nana: The Were-Spider was his first comic series, and is a multi-award winner, including the 2018 Fan Award, Rising Star, and Best Male Character, and 2019 Best Writer and Story of the Year (Glyph Awards). Is’nana is based on Anansi the trickster god of the Akan people of Ghana, whose stories have spread for centuries throughout Africa as well as the Caribbean. The Gentleman: Darkness of the Void and Marassa, both published by Evoluzione Publishing, debuted in 2018. Elysée has also published work with Lion Forge via the nationally recognized project Puerto Rico Strong.

Dorphise Jean is a comic creator and screenplay writer who began their career in 2015. Spirit’s Destiny was their first published comic book.  Their most recent accomplishments include Creator & Writer of Spirit’s Destiny, Fauna, Y2K, and now, Nia Caler. They are currently a freelance writer for the comic book community. They also continue to pursue diverse projects, including creating content from film scripts to video game scripts.

Schesta is creating Bara-Yaoi-M/M-Furry comic on Patreon. In addition, Schesta draws Original Characters, takes commissions, and is working on a Fantasy MM novel.

Kelci is a genderqueer artist based in northwest Ohio for the time being. (They/Them, if you please). They went from drawing comics in high school to being a comic artist and character designer. Today They run their own company, Fantasyville Productions, LLC to make and publish comics – and they’re also the Chief Creative Officer at NeverEnding, Inc.

Since a young age, Jason Michael Primrose has had an obsession with creating alternate worlds, realities, and characters in his free time. Out of this, the Lost Children of Andromeda universe was born. ZOSMA is his debut feature-length novel and the series’ first story.

ZOSMA takes Primrose’s exploration and understanding of society’s intricacies and shows us that the current crisis of our socio-economic and political landscape has put us on an accelerated path towards extinction. This could be humanity’s last generation.

Shelby and Danny Cragg are a married trans couple and artists who are writing a book and doing all kinds of other things. They are 2 of the 3 creators behind NEOKOSMOS, a series of illustrated novels. NEOKOSMOS follows the lives of Tye, Zee, Iris, and Seven as they are raised as experiments and the realities of the universe they live in after the mass extinction of the human species. It deals with themes of isolation, abuse, human connection, psychic powers, and of course, aliens. So many aliens.

Craig Hurd-McKenney is a Xeric Grant-awarded and Ignatz Award-nominated writer. He has written for Fantagraphics, MTV, and other publications. A longtime writing instructor & researcher, he lives in Seattle, WA with his husbro and three dogs.

Headless Shakespeare Press began in 2000 as an outlet for his zines, mini-comics, anthologies, and comics/ graphic novels. Now, it is a hub for representative comics with queer, POC, women, and all intersections of marginalized artists working with him.

Andrew Wheeler is a Shuster and Eisner-winning writer and editor based in Toronto. His work includes Another Castle, Freelance, Soldier/Sailor, and the Dungeons & Dragons Young Adventurer’s Guides, plus the narrative game series Mr. Smilez and Immortal Thirst. He is the lead editor on the LGBTQ young adult anthology Shout Out.