Home » News » Her Returns in Sequel Novel, Gods and Monsters

Her Returns in Sequel Novel, Gods and Monsters 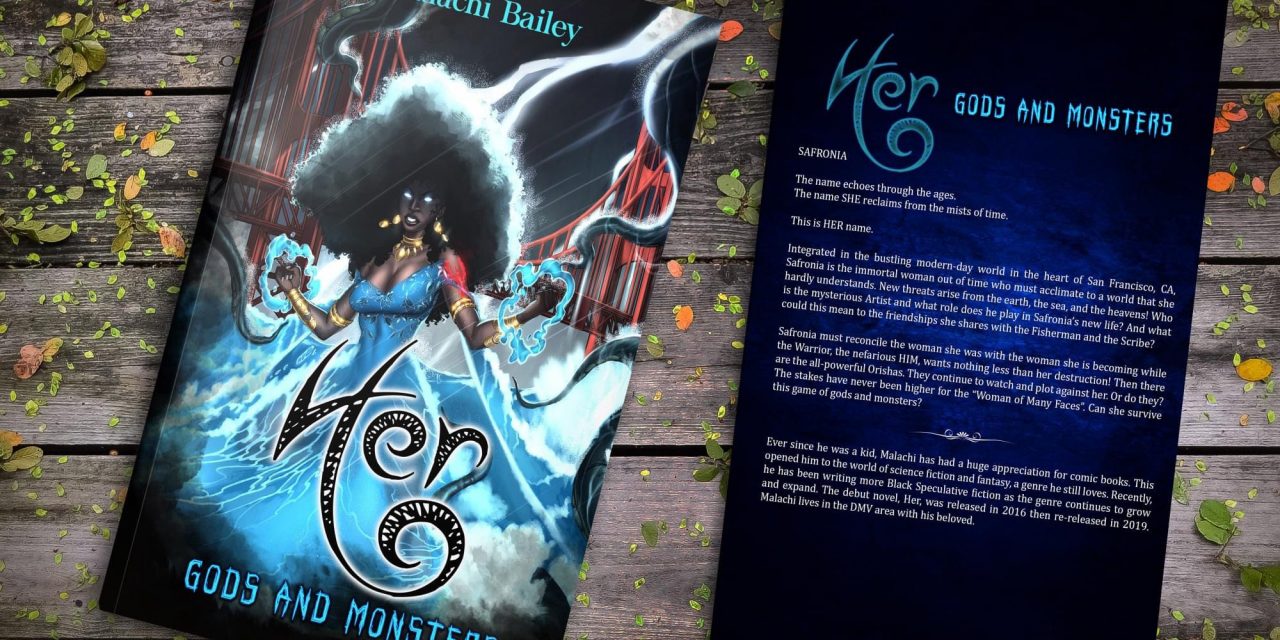 Full disclosure, Malachi Bailey and the author of this article both create for Wingless Comics. That said, this article is about Bailey’s recent novel, not his Wingless title.

Hailing from Long Island, NY, Malachi Bailey has always been unabashedly a lover of books! He fell in love with the Sunday comic strips then quickly moved onto Marvel and DC Comics. Early on, he became a huge fan of the X-Men, particularly Storm! His passion for superhero stories paved the way to online superhero roleplaying where he developed his craft as a writer. The rise of superhero movies only heightened his desire to write and play in the proverbial sandbox of the two comic book titans. This would be the start of his need to write daily.

In 2016 Bailey first released Her, a sci-fi, black speculative novel about, according to one review, “a mystery lady found on the coast of Australia. She is bold, black, and beautiful like a Robert Townsend soap opera parody.” From the book’s description:

A mysterious woman is found on the brink of death off the Gold Coast of Australia by Cyrus Dhandi, a fisherman with secrets of his own.With no recollection of her prior memories, she is enigmatic as she is beautiful. However, both are suddenly thrown together into a chaotic world where their lives are in peril! Threats, supernatural and deadly, attack at every turn. Can the two ill-matched strangers overcome their constant bickering before an ancient evil claims her once and for all?

In 2019, HER was rereleased with an updated cover.

If you’ve been following Bailey since 2019, you’ll know that the HER mythos has been evolving rapidly. With a comic book series from Wingless Comics, new artwork, and now HER: Gods and Monsters, a sequel novel.

I had the pleasure of catching up with Malachi recently to ask him a few questions and HER.

ICD: Give us a synopsis of the first novel and then where Gods and Monsters takes off.

BAILEY: The first novel, Her, is literally an introduction to the “Nameless Woman”. Her sudden rebirth off the coast of Australia’s Gold Coast captures the attention of a local mysterious fisherman and over the course of the book they have to deal with threats from her past that want Her to stay dead. Of course, they don’t succeed by the end of the first book, but they go extra hard in “Gods and Monsters”. I’m not joking. She barely has enough time to exhale between each attack. Then when you throw in fickle gods and mythical monsters, well, Her has had better days.

ICD: Did you always have this next part in mind? Or did inspiration strike you suddenly?

BAILEY: Would you believe I immediately started writing the sequel not even a day after I finished the first novel? I wasn’t playing! I was still caught up in the “HerVerse” and I honestly missed my characters, my children. I had to know what happened next, especially since they kept speaking to me. I wrote maybe the first three chapters then shelved it for several years. I resumed writing the sequel in January 2020 then finished it a month later. The bones were already there, you know? I just had to add the meat. And as you tell from the sheer volume of “Gods and Monsters”, there was a lot of it!

ICD: What’s next for HER?

BAILEY: I was undecided whether to turn the Her series into a trilogy or keep writing more books. However, my fans want to see more books so I will probably cave in. Also, I already started the outline for the next book back in November, but now with the sequel out, I’m revisiting the outline. I’m pretty excited about it. So yeah, whether it’s a trilogy or not, the next novel will be released in 2024. However, the Her ongoing comic series is just around the corner…

ICD: When can we expect to see the first issue of the HER Comic?

BAILEY: HER #0 is available at www.winglessent.com. It’s tonally what you can expect from the series.

#1 will pick up where the last issue left off and will be released in 2022.

About Her: Gods and Monsters

Integrated in the bustling modern-day world in the heart of San Francisco, CA, Safronia is the immortal woman out of time who must acclimate to a world that she hardly understands. New threats arise from the earth, the sea, and the heavens! Who is the mysterious Artist and what role does he play in Safronia’s new life? And what could this mean to the friendships she shares with the Fisherman and the Scribe? Safronia must reconcile the woman she was with the woman she is becoming while the Warrior, the nefarious HIM, wants nothing less than her destruction! Then there are the all-powerful Orishas. They continue to watch and plot against her. Or do they? The stakes have never been higher for the “Woman of Many Faces”. Can she survive this game of gods and monsters? 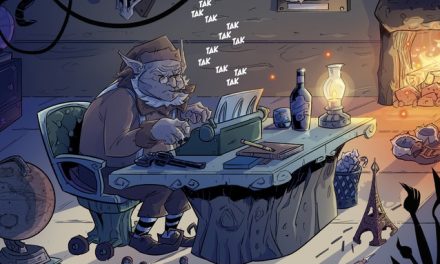 When Good Elves do Bad Things 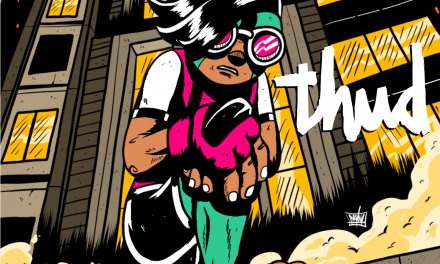 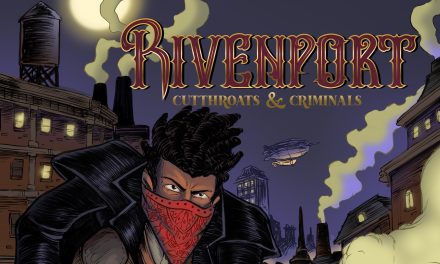 Enter a World of Gaslights and Gangsters – Rivenport Live on Kickstarter 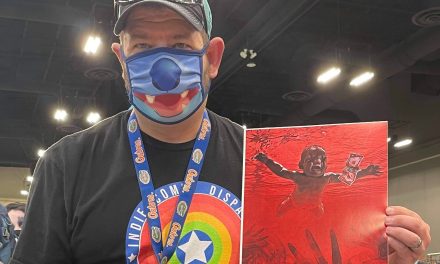