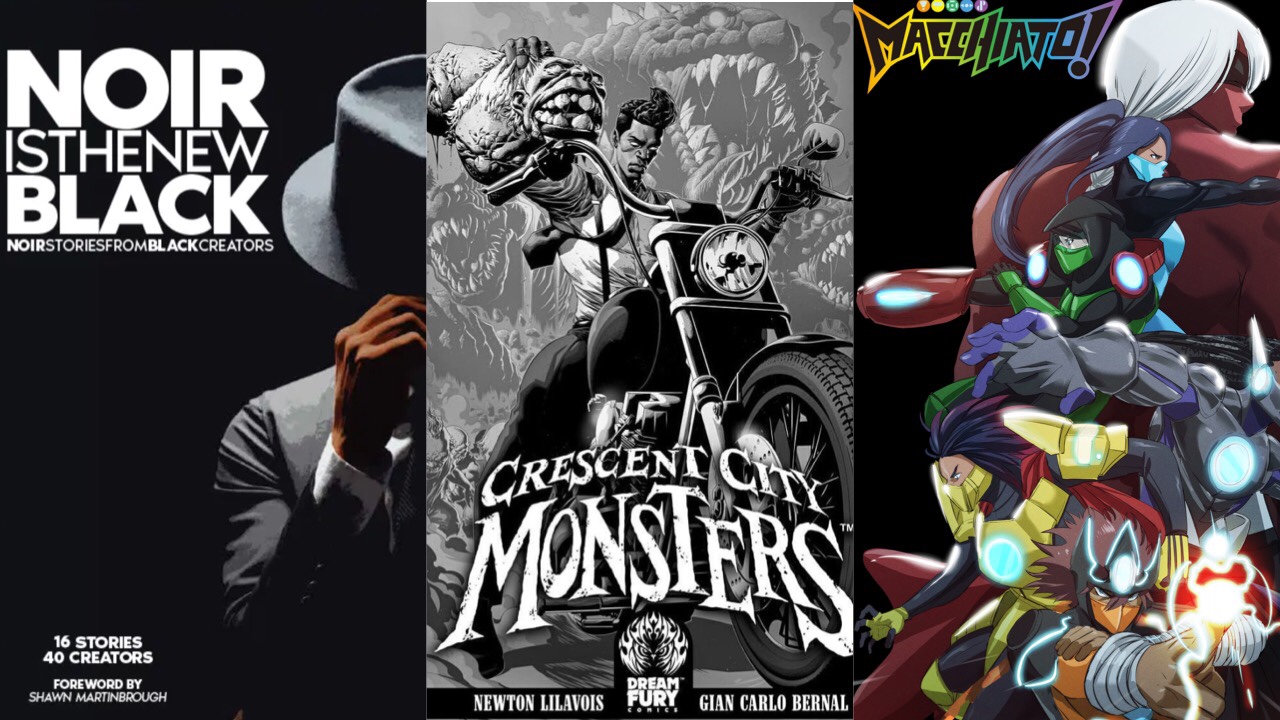 I’m always looking for great indie comic books to support, read, and recommend! I feel like I have a pretty good pulse on what’s out there, but sometimes it helps to get others opinions. So, recently I took to various Facebook and Reddit groups to crowdsource recommendations on books others are reading and recommending! Here are the top 10 small press and independent comic books recommended in response to my questions:

When Mike Watson mysteriously gains superpowers — he does what any comic book geek would do: BECOME A SUPERHERO! But, being a hero is FAR harder than he ever imagined. After the death of the Earth’s greatest champion, Mike struggles to fill those shoes, all while balancing his new position against his already hectic life as an art student in college.

Set in an alternate reality where the social order of “white” and “black” is reversed, an elitist family, the Cottons, are rocked by a tragic shooting that begins to unravel long standing family secrets that could not only destroy the family but also divide the fragile social climate of the world.

The story incorporates supernatural elements from different cultures. Along the way, you’ll be introduced to monsters and characters inspired from African, European, and Native American myths, folklore, and religion. This blend is what we call Creole Magic.

In a solar system far from his own, Demetri Price finds himself face to face with destiny. He must accept the inevitable and embrace the power within, in order to protect the people he loves. Does Demetri have the courage to become The Akolyte, Guardiian of the Cosmos?

Accidentally breaking a barrier between our world and theirs (called THE MOTHER KINGDOM), Is’nana, the son of Anansi (The West African God of Spiders) accepts the responsibility for releasing creatures of horror into our world, villains who want nothing more but to cause chaos and mayhem to achieve their own diabolical or selfish goals. With guidance from his father, Is’nana not only strives to live up to his father’s name but to also reach his own potential while he seeks to discover his individuality and place in the world.

Noir Is The New Black

40 Black Creators. 16 Noir stories. Unhinged. Unfiltered. Unstoppable… This is NOIR IS THE NEW BLACK! There certainly have been many Noir Comics written and drawn by black creators such as Dwayne McDuffie, Shawn Martinbrough, Denys Cowan or David Walker to name a few.  Now, for the first time, the biggest Black American comic book creators as well as a new generation of writers and artists of color are banding together for a unique anthology of 100%  creator-owned Black Noir comic stories: NOIR IS THE NEW BLACK!

The Vegas Vigilante lives to protect the people of Vegas City by any means necessary. Even if that means that he must work outside of the law. Get ready for a ride through the highs and lows of Terrell Durham’s reign as Aceblade: The Vegas Vigilante.

SOUTHSIDE: THE SIDE POCKET follows the story of Dalton Malone as he returns home to the streets of Washington, D.C. to find the murderer of his friend.  Malone has vowed to find those responsible and get revenge…no matter what the cost!