UNTETHERED: Life is a Joke

How many times within conversations with other comic book creators has Joker been brought up? Not the movie (though it counts), but the actual character of the Joker. He has had a storied past, dating back to Batman #1 in its 1940 release. It is interesting to note that originally the character was supposed to die in his second appearance, yet went on to become the infamous villain we all know.

His antics are often sadistic, chaotic, although somehow calculated. There have been times in the past where the character was played off as goofy, and could hardly be taken seriously. Other times the villain has been the center point for some seriously twisted story arcs. In the end, and as it stands now, he is still held up as one of the most influential villains ever created.

So, how does that reflect in indie comic book creation? We often view the chaotic and still-debated origins of the character as inspirational. There is so much mystery that surrounds a seemingly established character. This ends up playing into the allure of the character though, as it tugs on the creators’ passion for discovery. When a creator goes into the process of establishing characters, especially the recurring ones, we desire to make something long-lasting. When it comes to the antagonists in a story, there is a desire for depth, intent, and somehow balancing evil with humanity.

Joker encapsulates each of these elements and plays off of the idea of how far a bad day can take a person. Motivation is a key for every character, and it differentiates an ongoing story or a one time monster of the week. The legacy of Joker has shown that he is always relevant, in some way, and at any time he can pop into a story and flip the whole thing on its head.

As indie comic book creators, we look to characters like this as we dive into brainstorming sessions and character sheets. We harp on the possibilities of each character, how they will live, die, and can be brought back in some capacity. We look to the absurdity of a character built on chaos, and how writing with that in our mindset can open up multiple avenues of story-telling. Each villain has a motive, and it is up to the writer of said character to either deliver on the depth or abscond on the mystery.

The difference between a good writer and a great writer? That comes down to the ability of a story to get stuck in the reader’s head. Not even specific elements, but the storyline as a whole. Think of moments in Joker’s timeline. The Killing Joke, murdering Jason Todd, kidnapping the Bat-family; these aren’t even looking at the iconic moments outside of the comics. The ability for a character to have these moments that impact the reader’s memories is a game-changer.

How should we, as creators, adopt this mentality while constructing characters? It comes down to our ability to build worlds around our characters. While there are many approaches to how to create a captivating story, the reality is, it all comes down to the connection a reader feels with the material. This is what sets apart characters like Joker from characters like Whizzer. Always do your research, read the books you connect with, and try out new comics to see if you can find new inspiration. #DoBetterBeBetter 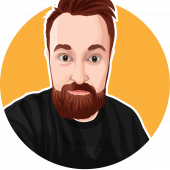 ICD News Editor: A writer, a musician, a designer, a podcaster, a father, a husband; I basically just never know how to sit still. I spend much of my time outside of work chasing down dreams with Catalyst Comics Studio, our podcast, and content creation. When you were created to be creative, it is a hard switch to turn off.

Broadcasts From The Dispatch: Exploring The Indie Comic Multiverse
A podcast dedicated to the indie comic community! Brett and Tyr host a new panel of indie comic creators every week for a new topic. From running a Kickstarter to specific comic book genres, The Dispatch explores the entire indie comic multiverse! Support this podcast: <a href="https://anchor.fm/indiecomixdispatch/support" rel="payment">https://anchor.fm/indiecomixdispatch/support</a>
Listen On Apple Podcast Listen On Google Podcast Listen On Spotify
Episode 026 – Spy Thrillers
by Indie Comix Dispatch

Broadcasts From The Dispatch Episode 027: Brett & Tyr From The Beginning
YouTube Video UCsaFTM_puo4-OXTBauBCKOg_IysSQTc1MWs