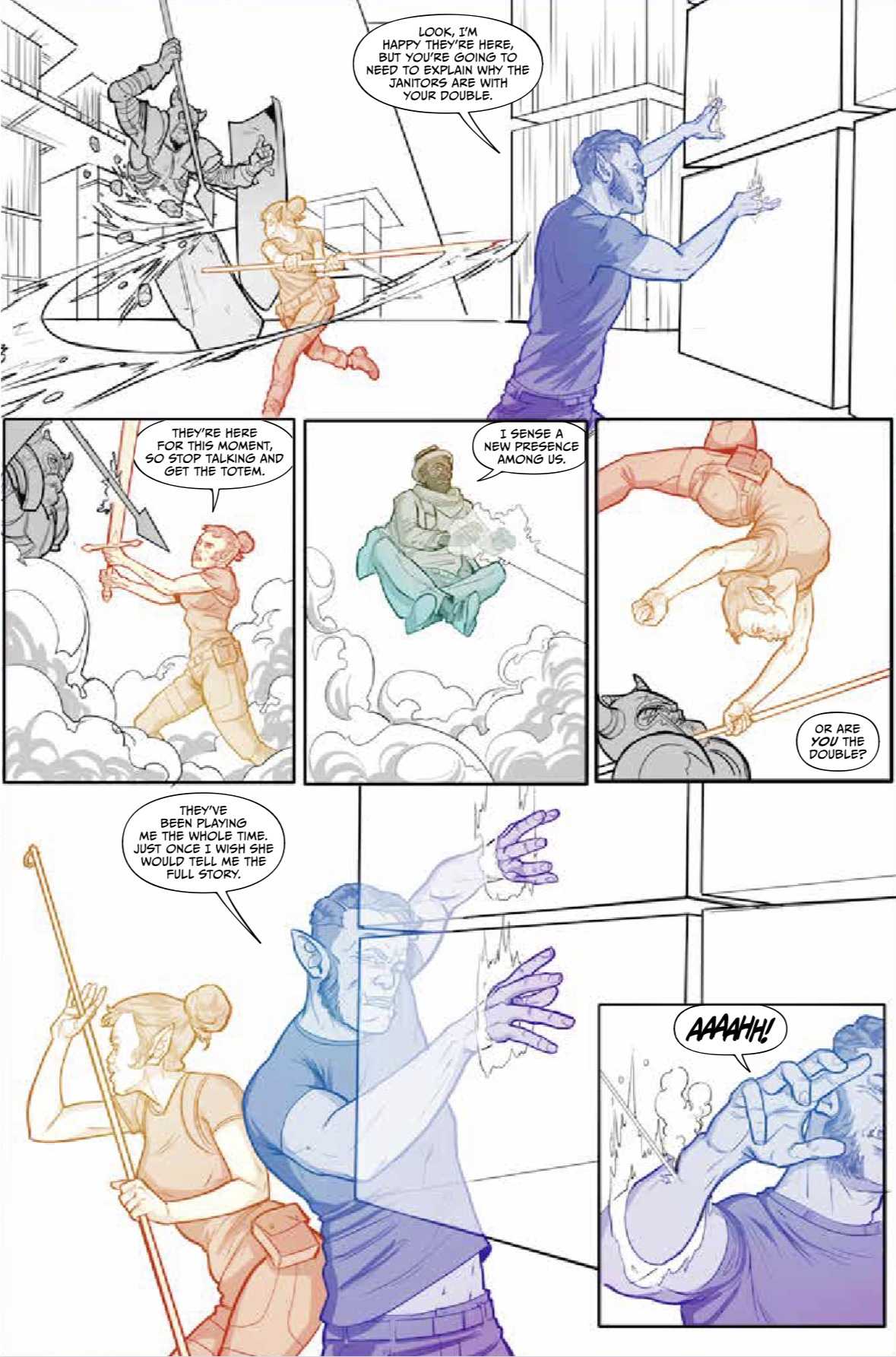 I stumbled across Jamal Bilal and his book Half Breeds on indie comic hashtag on Instagram. Bilal introduces Half Breeds as Ocean’s 7 meets The Lord of the Rings, to put it another way, it’s a heist story set in a fantasy world. A world that is not unlike our own in terms of technology and advancements, yet it is home to orcs, elves, and magic. Half Breeds features a duo of, well, half breeds – half-orc and half-elf – Lev and Helen. Joining Lev and Helen is the mysterious Kin, a person with magical and, perhaps, godlike powers. I won’t give too much of the story away, (you’ll just have to buy it), but the team runs into trouble while trying to steal an item from Hermes’ vault.

The artwork in Half Breeds is an unexpected treat with a unique coloring style that really sets it apart from other comics, but then again, I’m a big fan of watercolor artwork. The watercolor effect and differing tones on characters are sure to symbolize something, though the underlying meaning is never revealed in issue 1.

Half Breeds is Jamal’s sophomore comic, his first, Ver, is available as a free download on his website, www.jamalbilal.com, and also sits firmly in the realm of fantasy. Jamal is a true storyteller. By day he works in post-production for film and television shows, but by night, he writes poems, stories, screenplays, and comics. His extensive experience storytelling comes across in Half Breeds. The Dialogue and editing are superb, two critical elements that are often overlooked in indie comics. Half Breeds is a satisfying read because of Bilal’s writing and attention to detail. I promise it will leave you waiting for issue 2.