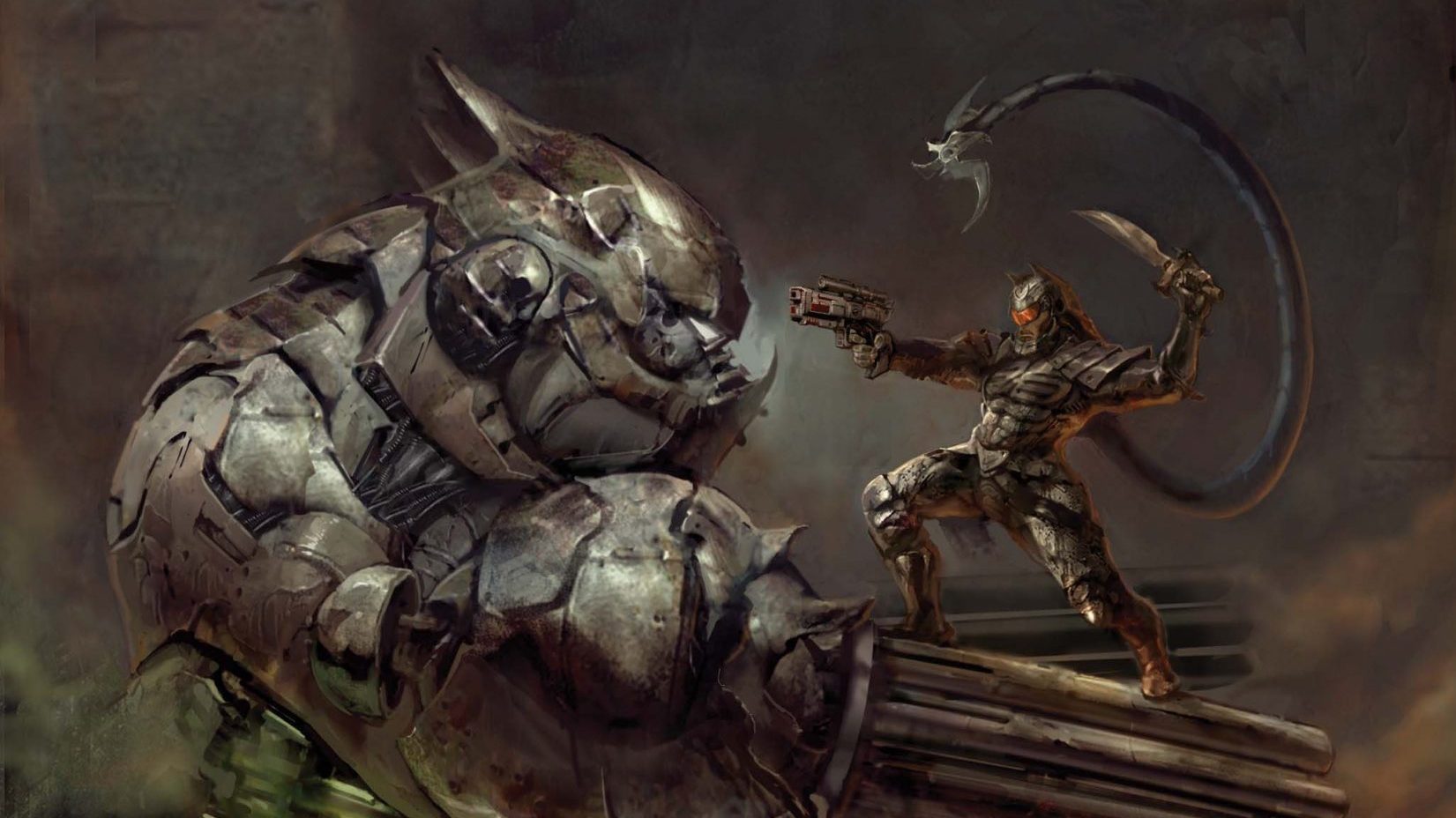 Asylum Press announces that it has launched a crowdfunding campaign on Indiegogo for a forthcoming comic books Warlash: Cold Metal Mayhem #1 (one-shot) and Warlash: Bioburden #1 (one-shot).
Warlash, the armored warrior of the apocalyptic future, is back. These two issues reintroduce Warlash to the comic reading public with six tales of hardboiled crime noir science fiction.

Asylum Press is looking to raise $3000 of a flexible goal.

“We already raised over $4000 on Kickstarter thanks to all our backers,” explains creator Frank Forte, “We are using INGG for some finishing funds. The book is almost done and will ship soon.”

“I’m excited to get back to writing and drawing Warlash,“ explains creator Frank Forte, “he’s always been a fun character to work on and I hope the comics community will join in on the insanity!”

The campaign, Warlash: Cold Metal Mayhem #1 & Bioburden #1, will offer many incredible rewards including variant covers by David Faught, Frank Forte, and others. Special signed collections of Warlash: Dark Noir will also be available. Backers will be able to get special sketch covers with an original drawing by creator Frank Forte. Original art, prints, Kickstarter exclusives, and many cool Asylum Press add-ons will be available.

Warlash, an armored warrior of the apocalyptic future, is back. This issue reintroduces Warlash with three tales of hardboiled science fiction crime noir. “The Generator” Warlash goes on the hunt for a missing girl, only to find she has been kidnapped by a supervillain who has activated her mutant powers. And in “Grubbs” Warlash goes into the seedy underground sewer system to chase a mutated monster who is devouring people at will, Illustrated by “Stealthy” Steve Mannion.

Warlash, an armored warrior of the apocalyptic future, is back. This issue gives us more tales of hardboiled science fiction crime noir. In “The Superiority Complex” by Jovan Sekuloski and Riste Sekulowski, Warlash gets word there is a new threat to Pittsburgh, a Cyborg who goes by the name of The Superior, and he’s about to prove his namesake. And in “The Mega Fiend” Warlash is on the hunt for a mutating bio-weapon, what he finds is a beast beyond anyone’s imagination. Illustrated by Edu Menna. In “BioBurden”, written and Illustrated by Frank Forte, Warlash battles a creature who is the product of a genetic experiment gone bad. Is he good or evil? Warlash may not have time to find out, as the bio-creature spreads his contagion.

ABOUT ASYLUM PRESS
Founded in 1999 by Frank Forte, Asylum Press is a unique publishing house specializing in high-profile projects from some of the industry’s biggest names. Publishing superhero comics with Warlash: Zombie Mutant Genesis, continuing their tradition of horror with Undead Evil, Satan’s 3-Ring Circus of Hell, the upcoming Asylum of Horrors and Beyond Lovecraft, venturing into dark humor with Billy Boy The Sick Little Fat Kid and The Cletus and Floyd Show, Asylum Press continues to be on the cutting edge of comic and graphic novel publishing.
For more information on Asylum Press, check out the official website at http://www.asylumpress.com