Read about Rokan and Ka’Jal Here.

Ka’Jal entered the darkened forest.  Rumors of the Ramosi defector brought her here.  Notable for his manipulation of universal energies, the deaths he’s caused are storied tales.  She wasn’t sure when it happened but the forest burned around her, her rage spiraling out her in waves.  Rokan steps from the shadows from under a large oak, lightning crackling in his hands.  Calling on the power of Herramir, Rokan hurls the lightning at Ka’Jal.  She swats it away as she moves forward, eyes fixed securely on Rokan.  Raising her hands, Ka’Jal sends a column of fire at Rokan.  With a flick of his wrist, the column turns into a hound made of fire.  It leaps around him excitedly before stopping in front of him.  Rokan pets the fire hound before it bounds away and fades into the night.

Unleashing the full might of her elemental powers, Ka’Jal throws a flaming tornado with one hand and a typhoon with the other.  Straining to invoke the forces of Herramir again, Rokan dissipates the two elemental forces and closes the distance between them.  The shining edge of his cursed sword peaked from inside its sheath.  Ka’Jal dodges a downward strike from the cursed sword but quickly finds her arm in Rokan’s vice-like grip.  With a rush of magic and an infusion of power, Rokan vanishes Ka’Jal from the forest.  Her enraged scream disappears into silence as Rokan calms the forest once again. 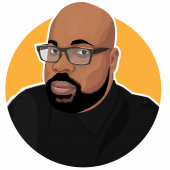