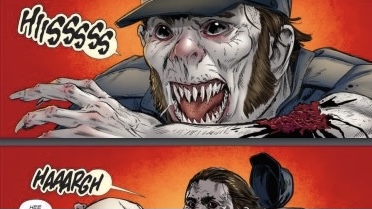 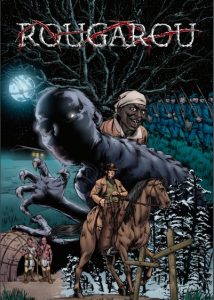 Book Description: The setting for the story is Colorado Territory 1868. A young girl leaves her rural farmstead in the evening to draw water from the nearby well. Her parents hear a scream and find her savagely attacked by a mysterious creature that retreats into the bushes despite being shot and wounded by the injured girl’s father. As a neighbours boy rushes to town for the doctor and the girl lies dying in bed a US Marshal, Ira Sedgwick, arrives at the farm stead. He explains that he’s on the trail of the beast, a Rougarou, which is a kind of deep-south ghoul that has an insatiable hunger for flesh and as a consequence is a frequent killer. Ira explains that the Rougarou used to be a man Zeke Wilkins, a soldier in arms with Ira during the civil war. An incident with a voodoo priestess they encountered whilst they were foraging as part of Sherman’s march to the south left Zeke in his current state. The Marshal is catching up to the beast and aims to take it down once and for all. He shares his whole terrible backstory of tracking the beast and its privations etc with the stricken girls parents. As the Marshal leaves at first light with the best wishes of the parents as well as supplies and some money he promises to make the beast suffer before finally killing it. The story concludes with the Marshal’s closing pursuit and a shocking gory finale as Sedgwick tracks the beast and confronts it at the site of its next kill. Meanwhile in the cabin,,, yes you guessed it the girls dies but not being killed outright rises as another Rougarou.

I love historically based stories so the setting of this story grabbed me immediately. I also like how it uses a locally based southern USA horror creature that I’d not come across before.

The opening scenes are dramatic and capture the attention immediately as the farm girl is attacked and her father blasts the beast with his shotgun only for it to rise up and run off.

Grabbing the attention is one thing but keeping it is another. Particularly when there’s flashbacks needed to tell the back-story and drop exposition but still keep it lively.

The author does this really well. The flashbacks are worked in very effectively; there is a good range of distinctive characters a well-depicted rich backdrop and plenty of action.  The dialogue is well written (including depicting non- English dialogue very well) and believable for the characters. Everything kept me hooked right to the end (that I didn’t see coming) kudos to that and really nice use of unreliable narrator.

The cover art is great and clearly depicts the main aspects of the story in a dramatic, well executed, manner.

The internal art is of an equally high standard. There is plenty of gore and action but the bloodiness is handled well and the beast itself is very well depicted.

Just one thing I would note was that  panel type was a bit limited  which gave it a one pace reading experience for example there were a lot of horizontal panels used which tend to slow down the reading experience of the eye on the page  compared to vertical panels to give a sense of speed in actions scenes.  There wasn’t much use of insert panels to give an emphasis to a wider panel’s activity.

Don’t get me wrong the art was really well drawn and the critique didn’t detract from my enjoyment of the story.

This was a great twist in the tale, horror story that was gritty, taut, well-paced and left me eager to see how the story will develop in the future.

Home Free: Into the Woods
REVIEW: The Isle of the Dead, A Short Graphic Fiction
Sponsor