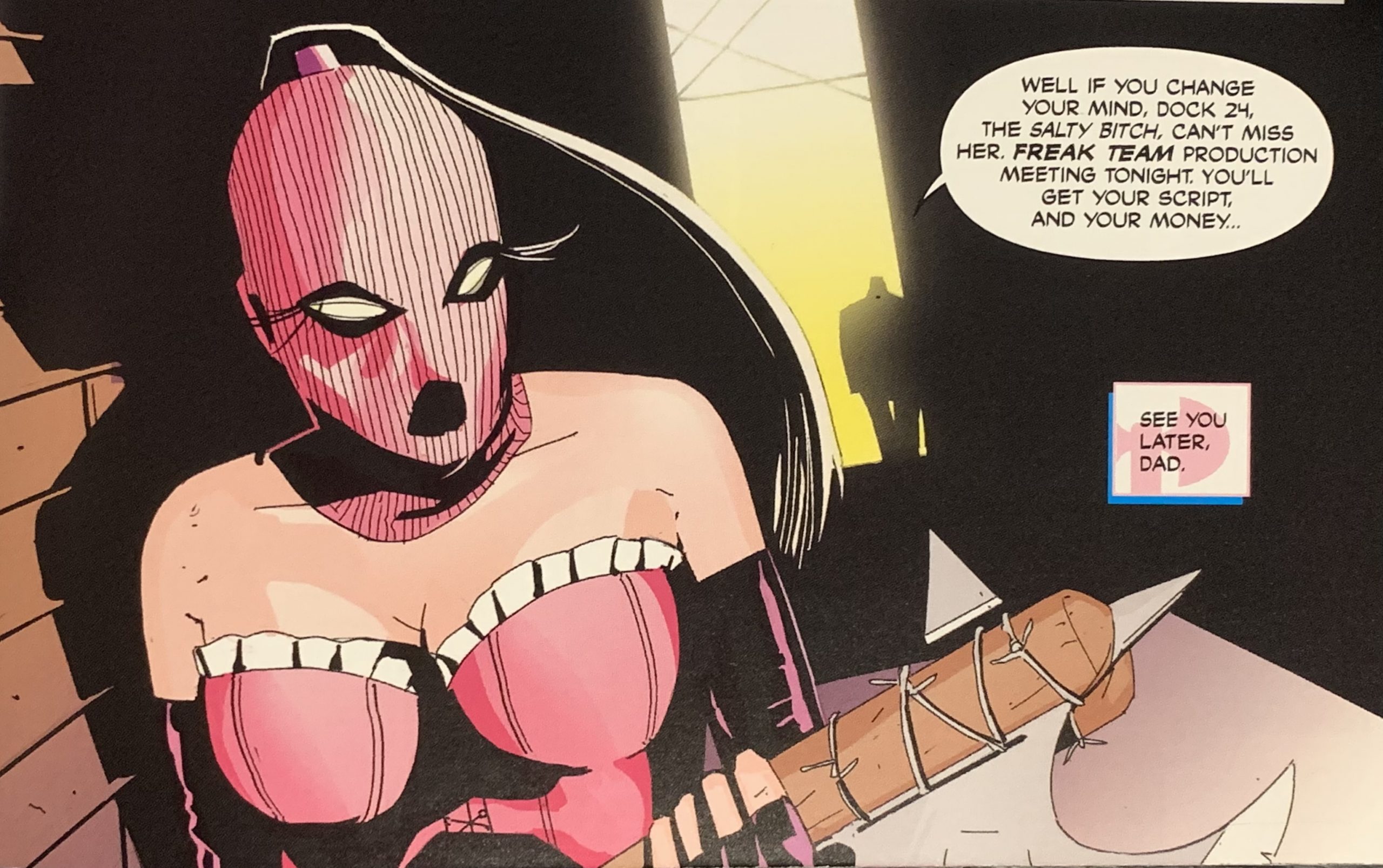 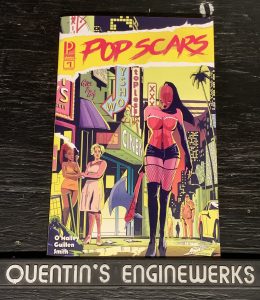 Book Description: Meet Harry Kinkade. 25 years ago he was the producer of the hit movie “Swamp Shark”. Since then he hasn’t had any projects that were quite as lucrative. He was putting out sequels to “Swamp Shark” every so often along with some other films that bombed in the box office… until the day his partner, Vincent Hansen, got him fired from his own studio.

As we go along we see what an awful human being Vince truly is. After stealing Harry’s job he announces that a new movie is coming out. New is a relative term. In sticking with the new tradition of how Hollywood can’t do anything original, Vince is doing a reboot of “Swamp Shark” for its /5th anniversary.

We also learn that during their partnership Vince had an affair with Harry’s wife (and leading actress in the original “Swamp Shark”) at the time. Going further back we learn that Vince got a woman pregnant and left her to her own devices while he became a Hollywood mogul.

The woman had a daughter named Pinky. Pinky grew up to hate Vince with every fiber of her being. With her mother now deceased Pinky has decided she is going to kill Vince at a promotional event for the reboot of “Swamp Shark”.

She’s in the crowd at the event and just about to take aim when she’s stopped by none other than Harry Kinkade himself. Harry wants Vince dead, too. The difference is he wants Vince to suffer first. Harry tells Pinky to meet him at the docks if she wants to join his “Freak Team” and they’ll enact a plan from there.

Popscars’s publisher, Punch Publishing, describes the title saying, “This is not a love letter to Hollywood. This is blackmail.” This is a very accurate description. While names and events are fictitious, Popscars gives us a look at something that has probably happened in tinsel town on more than one occasion.

When I first saw It Popscars #1 during a Kickstarter campaign my first thought was, “This book is going to be very unique. Time will tell if it’s a good unique or a bad unique.” Seeing Pinky in a couple of the preview panels made it clear our main character was ready to announce her presence with authority.

Popscars is like seeing “Knives Out” before a death occurs. As we go further along we see more and more reasons someone would want Vince dead. Even though they’re planning a murder it’s easy to find yourself cheering for the “Freak Team”. I’m truly looking forward to seeing what kind of humiliation Harry has in mind for his former partner before that happens.

The artwork on this cover does not have the same level of detail as some of its contemporaries. That doesn’t matter. The image of Pinky marching to the event to say hello to her father coupled with the bright yellow and red of the title makes this cover jump right at you. If it can make you stop and wonder what the story is about, then it has done it’s job magnificently.

On the interior pages the artwork meshes perfectly with the story. It’s detailed, but not too vivid in particular panels. On behalf of the majority of readers out there, we don’t want to see Harry’s cottage cheese ass. Thank you for omitting that detail.

As a geek on a budget, I will say that the price tag on this one comes in a little higher than your normal fare. There’s a reason for that. Small press publishers don’t get the benefit of a bulk discount like the larger companies. The big two can get their books printed at a cost of about 35 cents a book because they are ordering 40,000 copies.

Small press publishers don’t get that bulk rate. So while $20 for the first two issues of Popscars may sound steep when it’s all said and done it isn’t price gouging, it’s a great price for a very exciting story.

You can order your own copies of Popscars #1 and #2 at:

Use the password: popscars to enter the site and enjoy!