The President has addressed the nation to inform its citizens that Earth is about to experience a meteor shower with cataclysmic potential. Bruce Gallo and his family are left with a day to wait for the world to end. However, rocks won’t be the reason for the destruction of the earth’s civilizations. It will be the authoritarian government on Planet Vonnedor’s Moon Colonies that will be responsible. Their Chancellor, Gobatragal, is about to pass a crime bill that will send their vast number of dangerous prisoners to Gyro (Earth).

In the colonies’ highest security prison lives a fallen hero who has been nameless for a lifetime. Aside from living in the legends that are told by those who oppose The Reich, he is mostly forgotten about. It’s apparent he has not been that alien for a long time, but his apprehension and disgust for The Reich haven’t dissipated. It’s his conflicted view of freedom that affects him now. He doesn’t trust Gobatragal, but can he trust himself?

I’ve followed Gyro Universe for a while now on social media, it has been interesting watching the progress of Sorbello as a first-time creator. I should also note, in full disclosure, that Sorbello recently joined the staff of ICD as a reviewer, his affiliation with The Dispatch does not affect my review.

When Gyro Universe was finally released and I had the opportunity to read it, I wasn’t sure what to expect. But being a sci-fi fan, I was ready to jump in! And, I was quite pleasantly surprised! The story Sorbello tells of a coming alien apocalypse is fun, interesting, and engaging. The story follows both Bruce and Gyro as their paths are sent on a collision course toward one another. The comic draws on inspiration from many classic sci-fi films but manages to add its own unique twists and turns.  Seeing where Sorbello takes the book in issue 2 will be interesting.

This is a great debut for Sorbello as a comic creator, and I can’t wait to see what other projects he may have up his sleeves!

The story, as noted above, seems to draw inspiration from many different classic sci-fi movies. There’s nothing too original in issue 1, but there’s a lot of classic story elements presented in a new way. The narrative is intriguing enough that I cannot wait to see issue 2, and have found myself considering re-reading issue 1 to see if I missed anything!

The art is fairly good, but there are some inconsistencies with character portrayal. Nothing too distracting, but still worth noting. The alien ship design seemed a little simplistic, but I found I liked it because it gave a classic sci-fi vibe.

The dialogue, particularly Bruce’s is well done and adds a sense of panic to the impending invasion.

The story and narrative mechanics are executed well, but I found myself wanting to know more about Vonnedor and its history. Perhaps in issue 2!

The book is well-edited with no obvious errors. 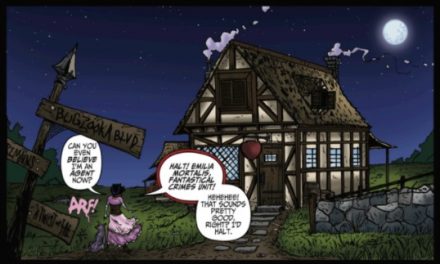 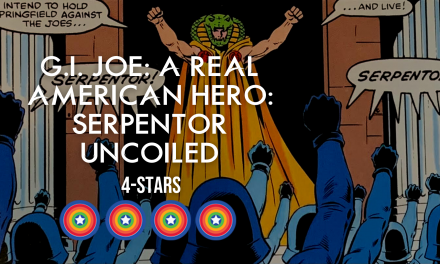 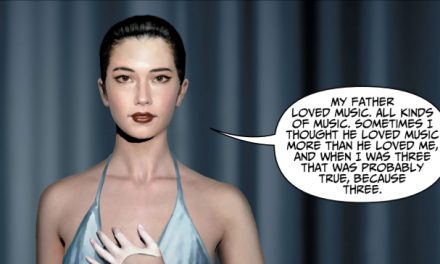