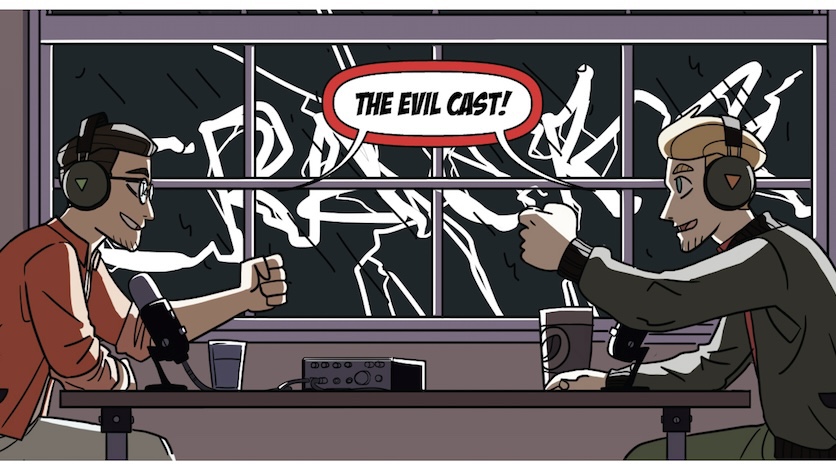 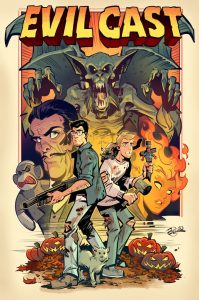 Book Description: The series of books is chapter 1 - 6 of a pair of guys who run a podcast called the “Evil Cast”. They discuss various phenomena. When it is revealed that one of the main characters, Kyle is dealing with supernatural issues himself, and how it relates to the exact subject they talk about on their podcast. During this series, they have an adventure that changes them forever and meet some new friends along the way.

The overall story is good, and if you are into the supernatural and the occult, then this story is definitely something you should look into! It starts out strong in the first couple of chapters centering around the main character “Kyle” and what he is dealing with. Which is discussed openly on the podcast that Kyle and his best friend “Noah” broadcast.

While the first two books try to figure out what is happening to Kyle and Noah, the series derails a little bit. Dealing more with what is happening to an eventual new member of the group, Ruby Spears. At this point, if you were not interested in seeing the series through, the sidetracking can become a point of lost interest. If you were to pick up this series at a different point other than the 1st chapter, you would be lost.

The art style that is within the pages is impressive. It is well drawn and draws the reader into what’s going on with the characters as it happens. While the covers changed with every chapter I was pleased that the interior didn’t, making the story consistent throughout. To anyone who has read any of the big-name comics, sometimes the main characters across multiple books look a little different based on who the artist is. I was pleased to see that it remained the same.

I found the story interesting as I had already invested in the story. But if you were not to start at the beginning of the story, you would be lost. It never really addresses what caused Kyle and Noah to start the adventure, to begin with heading down a different path with Ruby Spears, which can be another contingent point if you were already invested in Kyle alone. I think the overall arc has great potential. But it should explain what’s going on with story A before going down the bunny trail of story B.