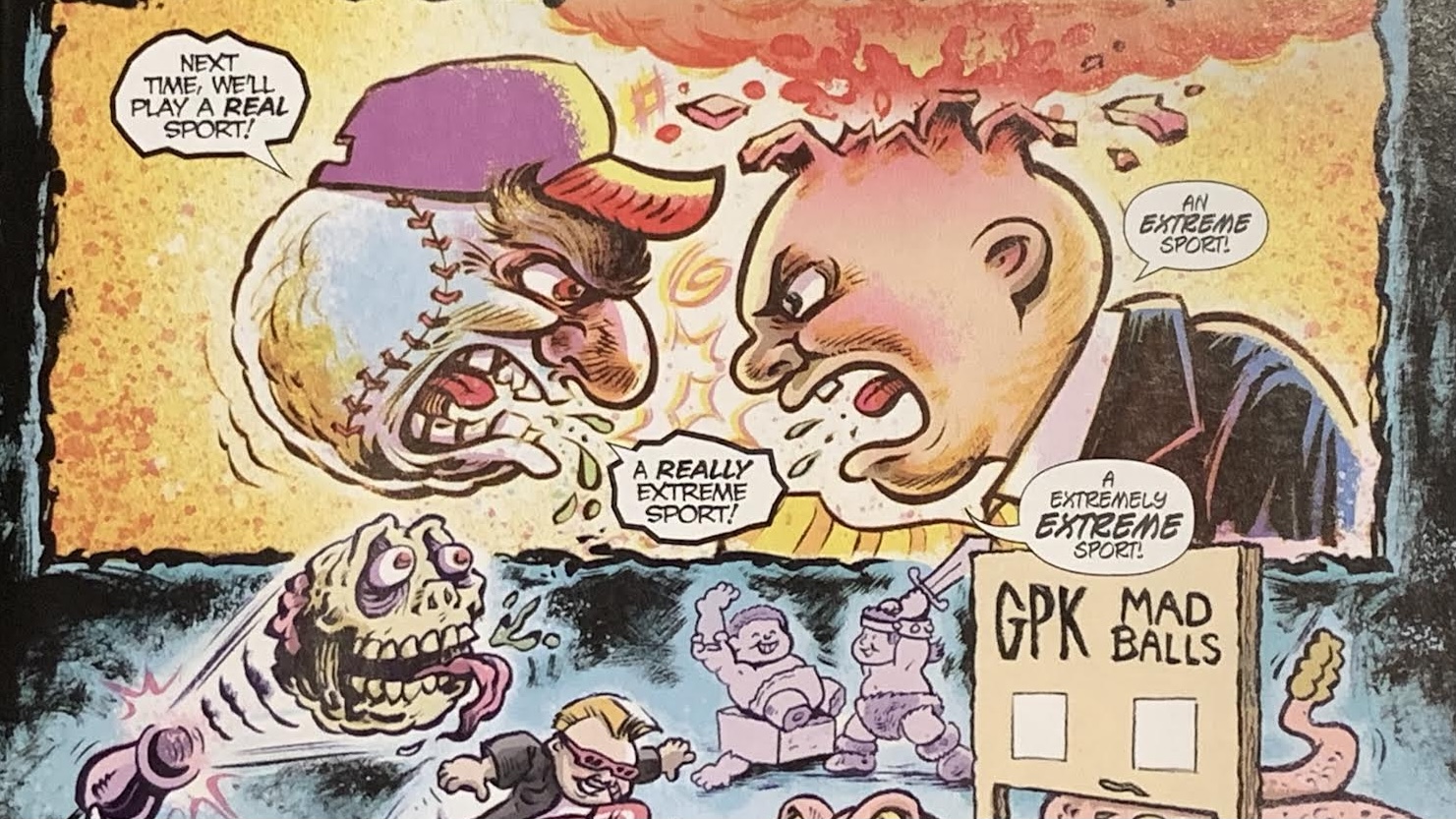 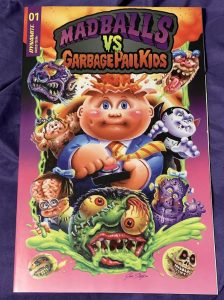 Book Description: “Madballs Vs. Garbage Pail Kids” #1 contains two short stories, a game, and a page that has a collection of jokes for the kids. In the first story, “Boo-tifying the Neighborhood”, a family moves into a home that is in between two homes that look like they should be condemned. That was the reason Ted Snobbe, the dad/husband, bought this property. He believes when the eyesores on each side of this property are gone the land’s value will go up exponentially. After a short period of time, the neighbors swing by to say hello. It’s the Madballs. Horn Head introduces himself, Skull Face, Dust Brain, Oculus airbus, and Slobulus to the Snobbes. About this time the Garbage Pail Kids make an appearance. Adam Bomb introduces himself, Kim Kong, Stink Stan, Brainy Janie, Scary Carrie, and Nasty Nick to everyone. After introductions have been made, the Madballs and Garbage Pail Kids help the movers bring the Snobbe’s belongings into the house. They make quite an impression. So much so that Ted wants to move immediately. Too bad for Ted that the children have already made friends in the neighborhood. The second story, “Ridiculously Extreme Sports”, starts out with the Madballs and Garbage Pail Kids playing baseball. Then they decide with their abilities they should up the ante and come up with something more exciting. Now we have “Go Fish”, Garbage Pail Kids’ style and a Madballs themed dirt bike rally. What could possibly go wrong?

When I saw this cover at my local comic book store it instantly gave me a sense of nostalgia. In the 80’s I collected Garbage Pail Kids cards. I had a couple of Madballs and some of their comic books.

The stories in “Madballs Vs. Garbage Pail Kids” #1 were exactly like the ones from the glory days. It reminded me a lot of the cartoon version of “Beetlejuice”. It’s not scary. It’s funny and it’s just gross enough to make a ten year old boy say, “Awesome”.

The detail on this cover is terrific. The artwork makes it look like a promotional poster for a movie rather than a comic book. You’d be hard pressed to find a better character for a focal point than Adam Bomb. He was on the card packaging for years.

The interior artwork is not as detailed as a lot of the modern comics that are out there. I wasn’t expecting it to be. By toning down how vivid the content is it makes it perfect for the title’s target audience.

“Madballs Vs. Garbage Pail Kids” isn’t the “Great American Novel”. I’m okay with that. It’s intended to be light reading for kids. As a geek on a budget I’m all for anything that will make my children want to read more.

REVIEW: Masks of the Orisha Chapter 2
REVIEW: They Called Us Enemy
Sponsor