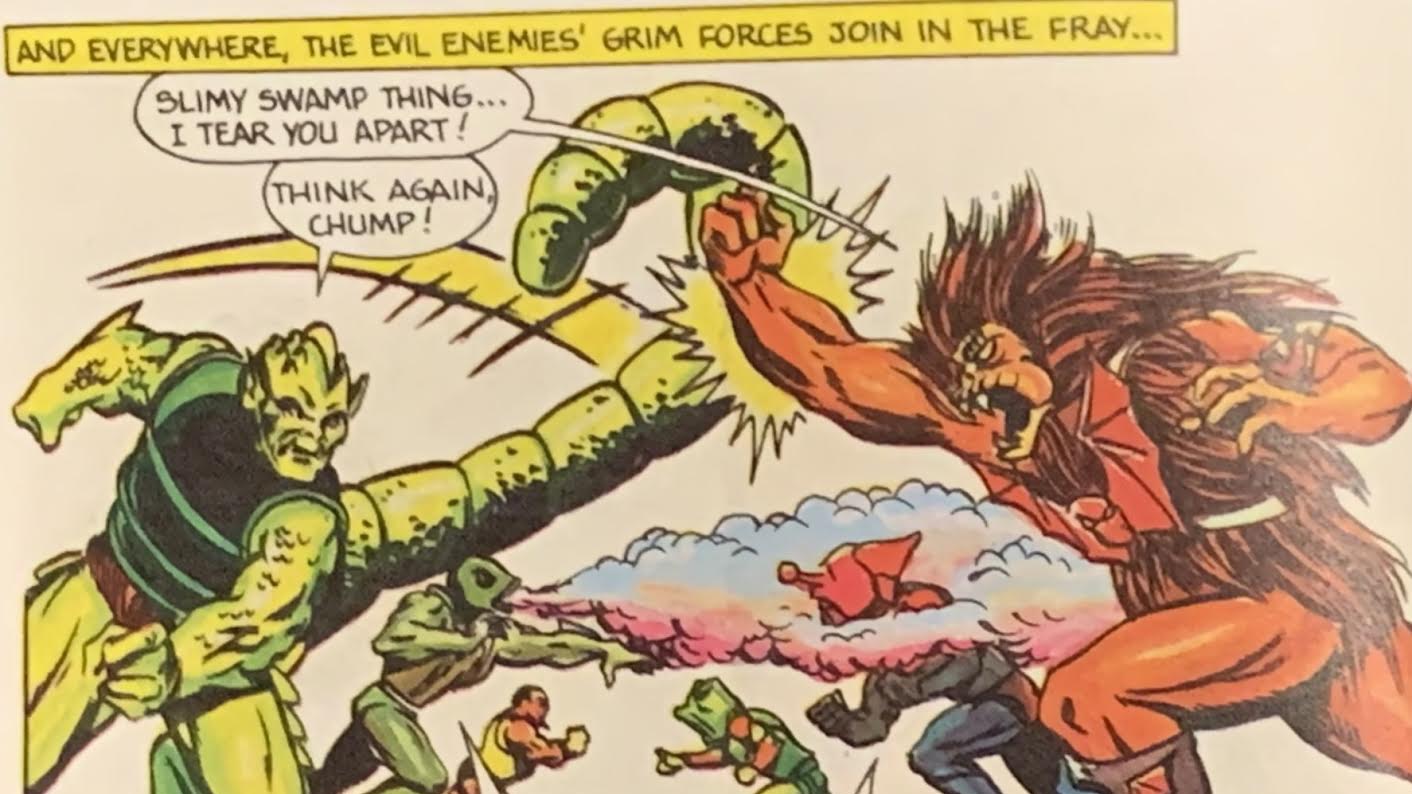 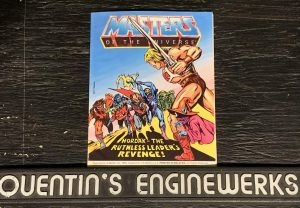 Book Description: Hordak and Skeletor have a history. Skeletor was a pupil of Hordak’s and became very powerful under his tutelage. Somewhere along the way one of these two betrayed the other. The two have been at odds ever since. For this story it doesn’t matter who betrayed who originally. Hordak wants to make amends. He believes that an alliance between the Horde and Skeletor’s minions should be enough to defeat He-Man and take Castle Grayskull. Despite misgivings that Evil-Lyn and Trump-Klops have, Skeletor agrees to the alliance. He believes that with He-Man out of the equation he’ll gain Grayskull’s power and defeat Hordak. It’s a good plan. Skeletor was not prepared for the heroes of Eternia to be prepared for an attack when they marched on Grayskull. From there things unravel very quickly for Skeletor. While he and his henchmen were attacking Grayskull, Stinkor was left behind to guard Snake Mountain. As it turns out, Stinkor was no match for Hordak and the Horde were able to claim the mountain as their own. Skeletor is livid when Hordak arrives on the scene in the Land Shark. He realizes the depth of Hordak’s betrayal. Now the Horde must be punished. Forgoing any interest in the heroes of Eternia, Skeletor’s henchmen immediately attack members of the Horde. He-Man and company can only watch. Eventually He-Man decides enough is enough and uses the Power Sword to create a chasm between the combatants. This forces The Horde to use a portal to return to Etheria while Skeletor and his crew return to Snake Mountain.

Did you know that when “Masters of the Universe” toys were originally being pitched to toy stores, there wasn’t a comic book or tv series. During the sales pitch an executive from Child World asked the team from Mattel, “Kids know about “Star Wars” because of the movies. How will they know who He-Man is?”

After sitting in stunned silence for a brief moment one of the product designers, Mark Ellis, spoke up. He told the executive that each figure would come with a small comic book. This comic would allow kids to become familiar with Eternia and the characters that lived there. The executive from Child World was happy with that answer.

Two weeks later the team from Mattel was pitching “Masters of the Universe” to Toys ’R’ Us. When they mentioned the comic book a Toys ‘R’ Us executive spoke up. They pointed out that the toys were meant for five year old children. How many of them could read the comic? It was Mark Ellis to the rescue again.

“Did I forget to mention the two one hour tv specials we are working on?”

Everyone that is a fan of “Masters of the Universe” owes Mr. Ellis a huge debt of gratitude. Without him we would never have had the Power.

The stories in the mini comics universally had a problem with canon. That comes as no surprise. The comics were being written as scripts were being written for Filmation’s animated series and movie. There was no collaboration between writers. They had dossiers on new characters with regards to personalities and abilities. Who committed the original betrayal between Hordak and Skeletor? It depends on which platform you’re talking about.

Setting canon aside, this story is well done. This is the first appearance of Hordak in comics and he comes out swinging. He’s sinister, powerful, and seems to always be two moves ahead.

I appreciated that in addition to learning about Hordak, we got a short bio on the other members of the Horde. By the time they burst onto the scene 7 year old me had switched allegiances from He-Man to Hordak’s squad. Seeing them squaring off against Skeletor’s henchmen in an homage to “X-Men” #100 sealed the deal for me.

I had a logical thought process to it. They might not be good guys, but if they’re fighting Skeletor they’re not necessarily bad guys either.

I love this cover. Hordak, Skeletor, and some henchmen are coming to give He-Man his money’s worth. Moreover, Orko gets some love and gets to be on a cover. That didn’t happen very often.

The artwork on the interior pages is vintage 1980’s at its finest. We get great lines on the characters from cover to cover. I enjoyed Hordak’s interactions with Stinkor.

As a geek on a budget I’m torn about this book. It’s the first appearance of Hordak, and a lot of people don’t realize that. Because of that, you can find this book for about $15.00 shipped on eBay. That’s a great deal on a piece of history as this book only came with Hordak.

It’s your call on which option is better. Did you scream, “I have the power!” back in the day? Or is He-Man more along the lines of something you’d like to read without getting collectors’ items? There is no wrong answer. Either way you’re getting a great story.

REVIEW: The Lonesome Hunters #1
REVIEW: I Hate This Place #3
Sponsor