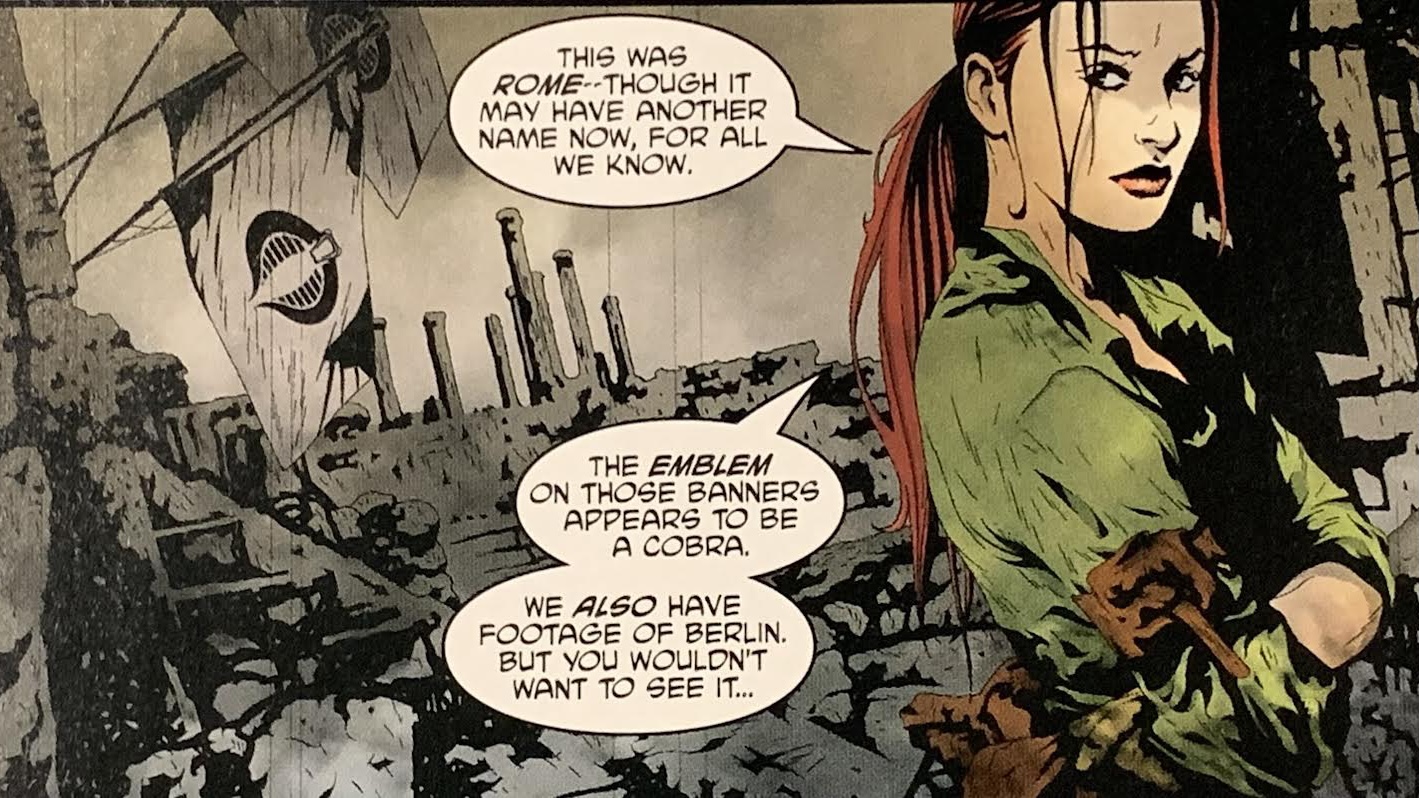 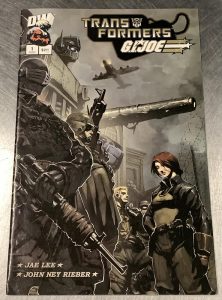 Book Description: It’s winter, 1938. Cobra is on a quest for world domination. They’re on the Fera Islands, where they have heard legends of weapons too powerful to comprehend are hidden. Upon arriving and killing all that stand in their path, the Cobra soldiers find and awaken the Decepticons that the city’s ruins are built to enclose. Megatron likes the way Cobra thinks and forms an alliance with them. We fast forward to summer of 1939. American military intelligence has gathered that something is wrong in Europe. Paris and Rome are completely destroyed. There are no survivors to be found. In their stead Cobra flags have been seen in these locations. The Americans form a highly specialized team, code named: G.I. Joe, to investigate. The United States is not at war with anyone. It is the duty of this team to maintain the status quo. They are to gather information and get out with minimal conflict or contact with the enemy. The no contact order falls by the wayside before they can even start the mission. Laserbeak, a Decepticon spy, observed everything. Laserbeak’s presence was discovered and shots were fired. Nothing is going on the Joes’ reports. Who would believe that a large metal bird was alive?! The Joes are getting ready to deploy from the Shetland Islands. They have no intelligence, backup, transport, artillery, or armor. Once they drop they are on their own. All they have to go off is the markings on the hull of a ship. It shows the Cobra insignia, the FERA Islands, and some markings that no one can make out. With this little information, can the Joe team make an impact on the war? Is this a fool’s errand? Only time will tell.

This series was originally published in 2003, during a time when I was on a break from comic books. When I got back into comics I started seeing some of the great titles I had missed. “Transformers/G.I. Joe” was one of them. Once I learned about it, I wanted to read it. This series wasn’t particularly easy to find without paying collector prices. I have been gathering the issues over the past few years. When I realized that I only needed to get the first issue to complete the run and begin this adventure I was all over it.

I loved that we got a reboot that placed the setting right before WWII began. This made the G.I. Joe portion of the story place more emphasis on skills than tech. It was refreshing to not see computer screens in every panel.

Reducing the tech was very interesting for the Transformers. It was somewhat unusual seeing my favorite character with propellers in alt mode. Truthfully, I really liked the retro look. It’s unfortunate there won’t be a figure with that design. It would look great on my shelves.

I appreciated the nod to Larry Hama by naming the aircraft carrier after him. I also liked Starscream’s conversation with Cobra Commander. I found myself wondering if I was the only one that read the interaction in Christopher Collins’s voice.

I enjoyed this cover a lot. It was great seeing depictions of Scarlet, Snake Eyes, and Duke paired up with Optimus Prime. I would have preferred if we didn’t have a white outline of the Joes. To me it pulls attention away from the grander scale of the portrait.

The interior artwork was something special to me. This was the level of detail I had always hoped to see in G.I. Joe and Transformers books when I read them in the 80’s and early 90’s. It’s much more realistic and sucks the reader deeper into the story.

As a geek on a budget, my recommendation is to go after the digital copy of this series. You can get the entire run for under $7.00 through ComiXology/Amazon. Otherwise you’ll be looking at collector’s prices, which could run as much as $15 for each book in the six book series. For the hardcore fans of G.I. Joe and Transformers I understand wanting to get a hard copy. For everyone else, a digital copy should be more than sufficient.