Jack, like most high school students, has the typical laundry list of things to worry about: overprotective parents, siblings who don’t always say the nicest things, studying for tests, and even concerns about dating. What else could go wrong? Try: “alien invasion in your hometown, that happens to take place directly over your school!”

As Jack and his friend Reese deal with their new reality some around them are forced to make gut-wrenching decisions, while others discover untapped powers in the face of danger… and that’s only in Issue 1!

Independent Comics give creators an opportunity to tell the stories they want to tell, the way they want to tell them. The folks over at Starside are taking advantage of that freedom. Starside, which is brought to us by the trio of Dylan Klein, Lane Brettschneider, and Jordan Chao, centers on an angsty teen named Jack whose life is a bit… bland.

Issues 2 and 3 take the reader on a wild ride as Jack’s world is radically changed before he can even catch his breath and gather his bearings. Starside is a fast-paced, familiar feeling sci-fi story with a fresh take. The scope of the story grows tremendously after the first issue but the relatability to Jack as a protagonist doesn’t change a bit.

Even as we are introduced to magic wielders, interplanetary slavers, and alien planets that make Tatooine look desirable, Jack never feels like an “untouchable” character. He’s vulnerable. He’s afraid. He’s human. From the opening panels of Issue # 1, I could feel the anxiety in every conversation and decision of Jack’s. That was a common thread throughout the story, all the way through the final panels in Issue # 3.

I’d highly recommend checking out Starside, I thoroughly enjoyed it. Anyone into fun, character-driven, sci-fi stories that still come with their own set of consequences will definitely enjoy this one!

When an extraterrestrial fleet rips Jack away from his ordinary life on Earth, he is taken deep into the universe where he discovers interplanetary slavers, a crusading army, and the origins of Humanity.

Starside is a sci-fi/fantasy comic book series which evolves from a fish-out-of-water story to an epic adventure. Jack is a timid 16-year-old from Earth who, in his efforts to survive in a strange and dangerous environment, finds confidence and family in a band of misfits fighting to unite the broken universe, and discovers that Humans are much more powerful than we ever imagined. It is a hero’s journey which takes inspiration from Star Wars and Lord of the Rings.

The wildly successful Kickstarter campaign for issue 3, which ended in August 2020, attracted over 350 backers and earned 10x its funding goal.

The team’s creative process is highly collaborative; the majority of the story and designs can’t be attributed to just one member of the team. Jordan has significant input on the script writing process and Dylan and Lane contribute to layouts as well as character and environment design.

Starside is the first comic project for all three of its team members. They all work day jobs – Jordan at a restaurant, Dylan as a hospital transporter, and Lane at a 9-5 desk job. The members were brought together by Jordan’s sister, who is one of Lane’s oldest friends. 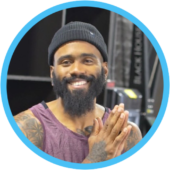 REVIEW: The Adventures of Punk and Rock