I love when comics have titles that give me the vibes that this will be a best seller.  This is what comes to mind when I read Broke Down & 4 Dead Bodies.  The story begins with Mr. Washington, the head man in charge of the Drug Lords of the state of Colorado, meeting his new pupil, Denver, and teaching him the ropes. We then fast forward 5 years later where Denver is now moving up in the ladder of crime bosses where he will now have his own block and men working under him. Randy Noble, a familiar face for Denver, ends up working with him on his team. After meeting up with Noble, Denver, and Randy complete the last drop before they go their separate ways; however, they have unfinished business with each other, Mr. Washington, and the four Dead bodies in the back seat of the car.

This book has a lot of potentials. The artwork is intriguing and very well done. However, what I would have liked to have seen in this book is a breakdown or more in-depth origin, of the main characters. It’s easy to become confused or have the narrative fall flat when the characters are not fully fleshed out.  The storyline in books 1 & 2 are good, but we need to build up anticipation. Do not give your audience too much at one time; give them a little so you can get a lot in return.  As a reader, I want to return for more, I want to feel the tension rise, not feel like I have been given all the good stuff in the first issue.  Make me wait. I just felt like issue 2 didn’t quite live up to the excitement and reveals of issue 1.

When it comes to the characters, I, mostly, love them! Their demeanor, attitude, and personality fit the storyline perfectly. One suggestion, however,  when creating a character of color, make everything original, down to the phrases he or she uses, and do your research into the culture if you’re not BIPOC.  For example, you want someone to read this comic and say, “Oh that is a phrase from Broke Down & 4 Dead Bodies,” not “That character is a caricature of Samuel L. Jackson.” Be original.  You want to create a character that does not seem duplicated, recycled, or stereotyped.

I believe BD4DB could be a winner!  With just a few adjustments it will be an awesome indie comic. Sometimes we have to just take a step back and make sure I made all the changes that are needed to have a bestseller.  Be proud of your work and never let anyone get in your way. 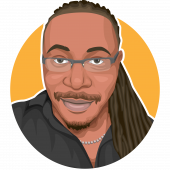 I am a comic collector and reviewer. I have a love for vintage old comics, grails, and keys. Always a Student willing to learn.

The Black-Jack Demon Returns to Kickstarter for Issue 2

Chronicles of Horror Released on SeerNova

Broadcasts From The Dispatch: Exploring The Indie Comic Multiverse
A podcast dedicated to the indie comic community! Brett and Tyr host a new panel of indie comic creators every week for a new topic. From running a Kickstarter to specific comic book genres, The Dispatch explores the entire indie comic multiverse! Support this podcast: <a href="https://anchor.fm/indiecomixdispatch/support" rel="payment">https://anchor.fm/indiecomixdispatch/support</a>
Listen On Apple Podcast Listen On Google Podcast Listen On Spotify
Episode 026 – Spy Thrillers
by Indie Comix Dispatch