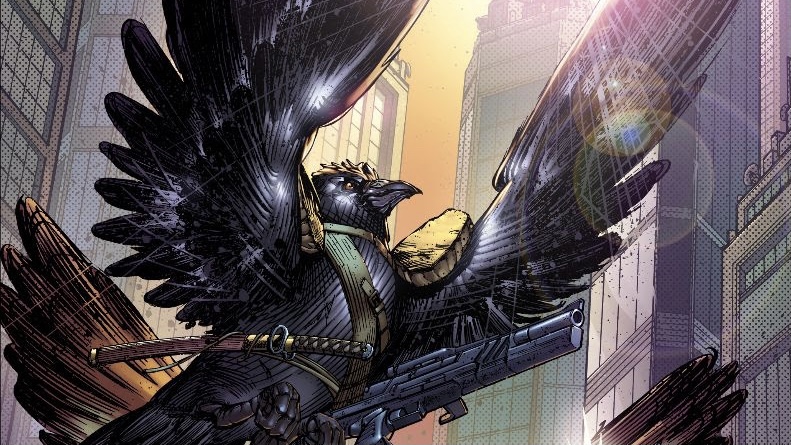 New York City is under attack and only a group of highly trained carrier pigeons can save it in Red 5 Comics’ newest all-ages action epic out this November.

When talking alligators come out of the sewers and wreak havoc, when pirate animals invade the city looking for booty, when Mafioso falcons invade, when danger comes to New York the city needs heroes. And their going to get some, the most unlikeliest of heroes: FABLE, GLADIUS, CHERRYBOMB, THE DARK DOVE. They may not be the heroes New York wanted, they are the ones the city needs.

“The idea of carrier pigeons is something everyone has some understanding of and thinks is cool,” creator Ben Ferrari said. “So when I make comics I want an idea that is as original as can be, as underutilized as possible. So we made a book about weaponized carrier pigeons and their New York adventures. And it strikes a chord with readers as I hoped it would.”

Action adventure for all ages, Carriers packs in animal action adventure in a way that has been a staple of comics back to Disney’s duck stories and beyond.  “I’ve been a fan of stories like this since I was a kid watching afternoon cartoons, and I think a lot of new young readers are going to look at Carriers the way I did with the adventure stories I grew up with,” Red 5 co-publisher Joshua Starnes said.