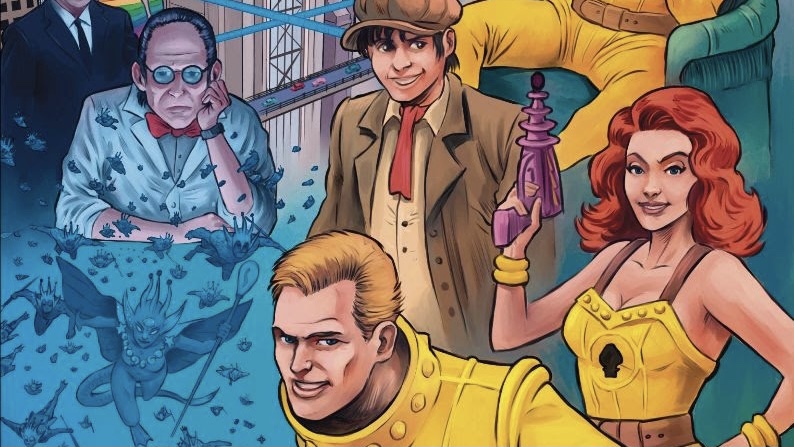 What do Moby Dick, Charles Dickens, the Invisible Man and the works of Shakespeare have in common? Nothing, unless you are the Fictionauts. Then they are your playground, dipping in and out of the world’s greatest stories and protecting them against metatextual villainy in the new series from Red 5 Comics.

That job is put to the ultimate test when something … someone … begins attacking the greatest stories, looking to tear them down and build something new there.  And they intend to keep it that way when they turn their attacks on the Fictionauts themselves.

“These are the kinds of stories I love, digging into classic fiction, finding out what makes them tick and creating something new out of it,” co-publisher Joshua Starnes said. “I was a great fan of League of Extraordinary Gentlemen and Shakespeare Must Die; Fictionauts is another great addition to that group.”

Fictionauts is a three issue series beginning February 2022, wherever Red 5 Comics are sold.