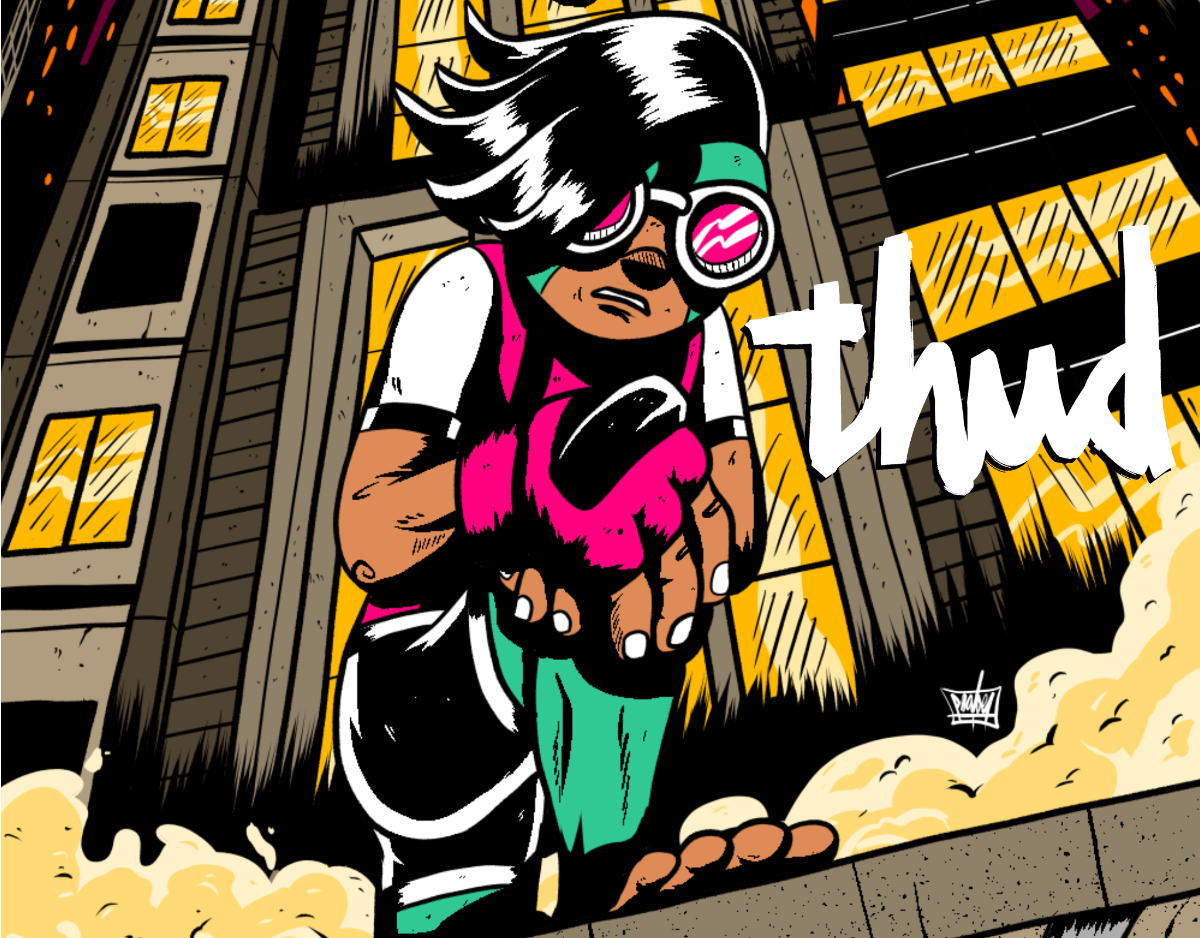 Coming this fall from Scout Comics and writer/artist Bryan “Peabe” Odiamar, Thud follows the story of an artist that has lost direction in life. In his despair, he clings to a childhood memory, but a terrible accident changes everything, transforming that memory into something that feels all too real.

Bo is a creative in his early 30s that lives in Oakcago. Lately, he’s been feeling apathetic and directionless and tired of the repetitive character of his life. In the midst of his confusion, the one constant in his life has been a comic book character that he created and has drawn since he was a kid. Bo gets into an accident—and that’s when everything changes. Around about this time, a mysterious character suddenly appears in Oakcago, but is this in the real world or simply all in Bo’s head?

Peabe says of the series, “Thud is my love story to comics, hip hop, food, humor, and my own personal experience. This book has come from inside me, but was inspired by my family, and I’m really excited to share it with everyone. I’m super stoked that Scout Comics took a shot on me for my first story.”

Look for Thud in November at your local comic shop. Preorder now using: