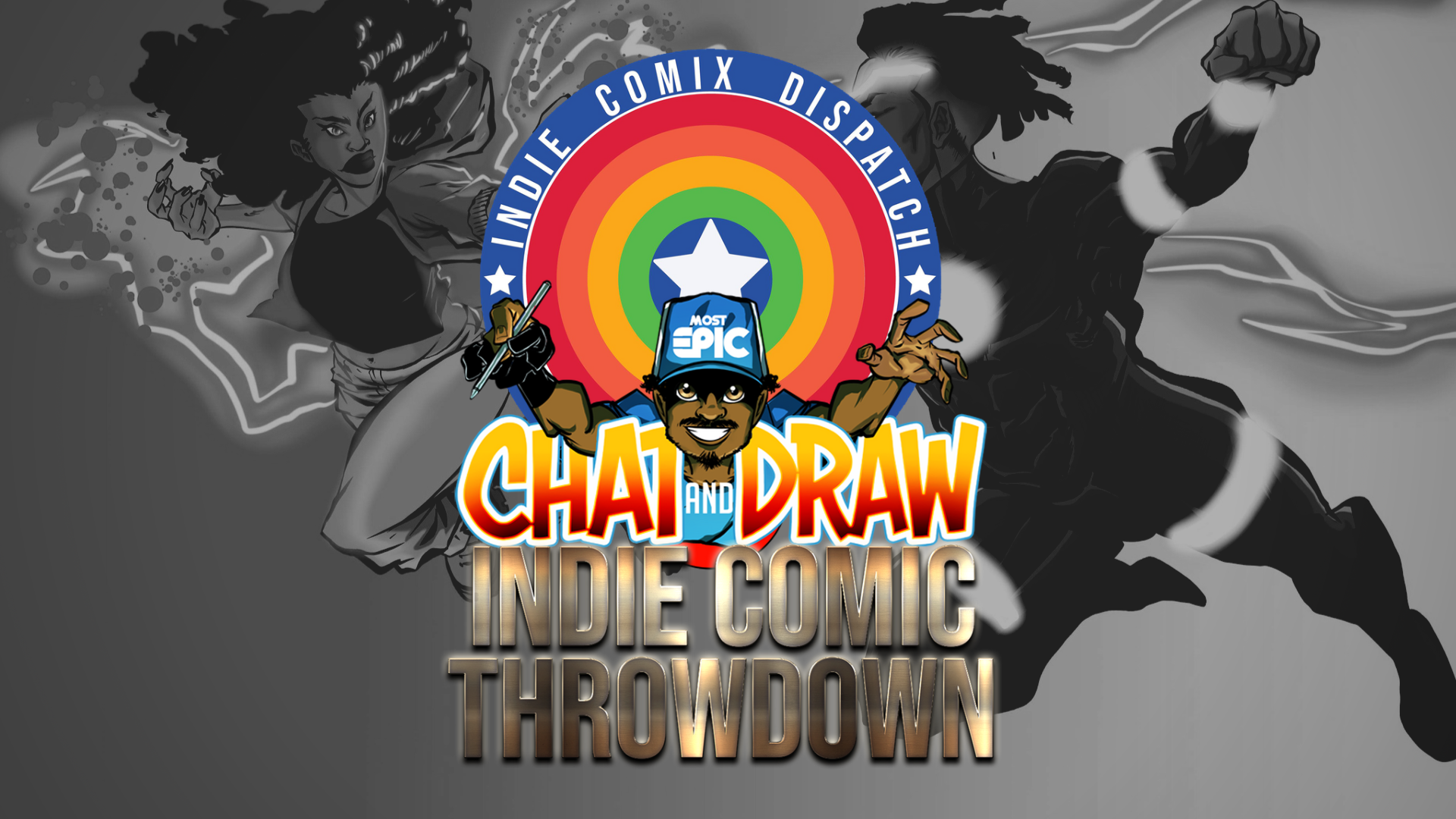 Here are the results of YOUR votes for our June 2021 Throwdown!

Sol walked into MalGenPro labs confidently, hardly noticing the Michelle Lee on the right of the foyer giving a student tour on the properties of anti-matter and its potential applications.  Cyrus Moradi greeted him with a smile and a handshake.  Both men had been looking forward to this meeting.  Should Sol chose to invest in MalGenPro labs, the merger would net both men profits in the hundred millions.  Just as the men sat down to coffee, an explosion rocked the building.  Cyrus’ guards rushed him from the room and left Sol to fend for himself… Just the opportunity he needed.

The foyer smoked where the suicide bomber had detonated himself and in the chaos, Michelle activated her powers and revealed herself as Blackstarr.  Another suicide bomber rushes towards her, but she stops him with a flash of pinkish/purple energy, released from her fingertips.  Looking back for the children she was giving a tour, Blackstarr is caught off-guard when a lance of golden energy strikes the ground next to her.  Sol hovers above her, his gold and black costume shining with the light of the sun.

With a simple look, he threatens another lance of golden energy.  Blackstarr wastes no time, she dodges the bolt of energy and flies up to meet Sol.  They clash in the sky, their energies mingling with one another.  Blackstarr fires an energy blast, which Sol ducks.  But it was a feint.  Blackstarr kicks Sol in the stomach, to the steel toe of her boot pressed hard against his ribs.  Relentless in her attack, Blackstarr throws numerous energy-infused punches that each find their mark.  The power of a comet flows through her veins and she makes sure that Sol feels every ounce.

On the ropes and in danger of losing this battle, Sol gives himself over fully to the power of Ra.  Amon Ra’s power cocoons him and sends tendrils of concentrated solar energy in all directions.  They wrap around Blackstarr, looking to consume the energy within her.  Sol tosses her to the ground and a crater opens where she lands.  Sol comes in lower and hovers over her, overcome with rage, ready to exact his revenge.

Child: Stop! Stop! She saved us! You can’t do this!

Sol: What? I thought she caused all this.

Child: No! You did!. Leave her alone.

Sol looks around confused.  Not sure what brought him here, but he sees Blackstarr on the ground in front of him and the sun tendrils still slowly retracting.  He knows something is wrong.  Holding his head in shame, Sol flies away, asking for forgivingness for not using the wisdom of Amon Ra and relying on the fury and power that can corrupt

Watch the Live Chat and Draw episode with Most Epic Art!