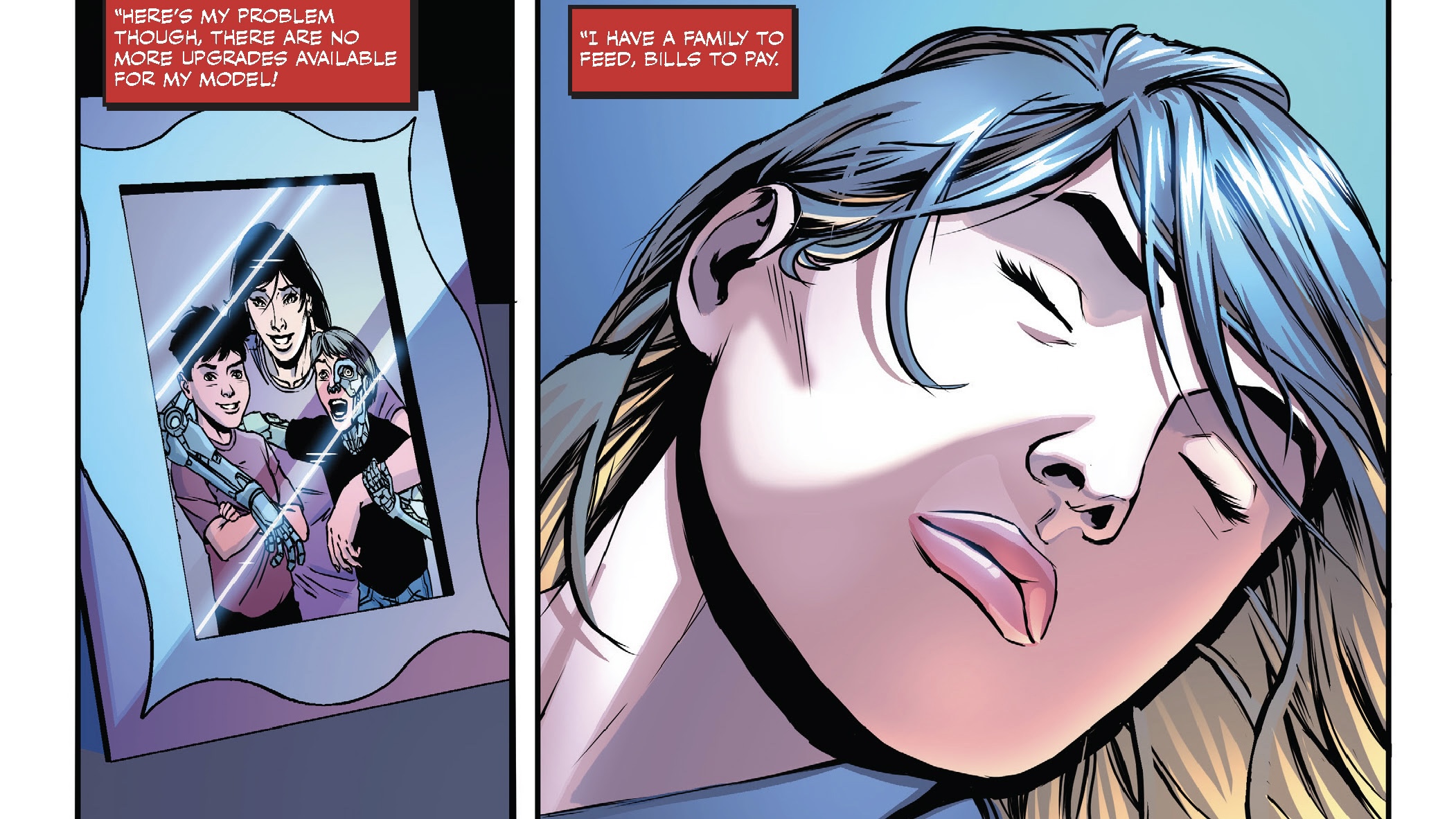 Out tomorrow from Rabbit Hole Studios is The Lost Gardens, an all-new sci-fi adventure from Canadian writer James Babineau with art by Caius Schereiner (Elsewhere) and colors by Michael Woods (Sentinel Juggernauts, The Promise), is an illuminating and brilliantly constructed comic series readers won’t want to miss!

Shawn Myers discovered the dark truth about this world. When his augmented reality implants begin to fail, the true world around him is revealed. A world not plastered with the latest upgrades or newest fads, but actually crumbling concrete and angry people left in the dust of progress. Shawn will get more than he bargained for and find himself in a new world outside the technological utopia of Hub City.

Set in a world that indulges in a false luxury brought to you by the Etheon Corporation. Shawns life begins to unravel as his own technology implants turn defective, spiraling him downward economically, and by a supernatural entity calling itself Fear. Running from his crumbling life, Shawn finds a long forgotten society abandoned by Etheon long ago, and a new beginning. Lying to keep his origins safe, Shawn gets thrust into an adventure searching for a relic from an ancient text. Will Shawn be able to rise to the occasion or will the entity called fear consume and use Shawn for its nefarious means?