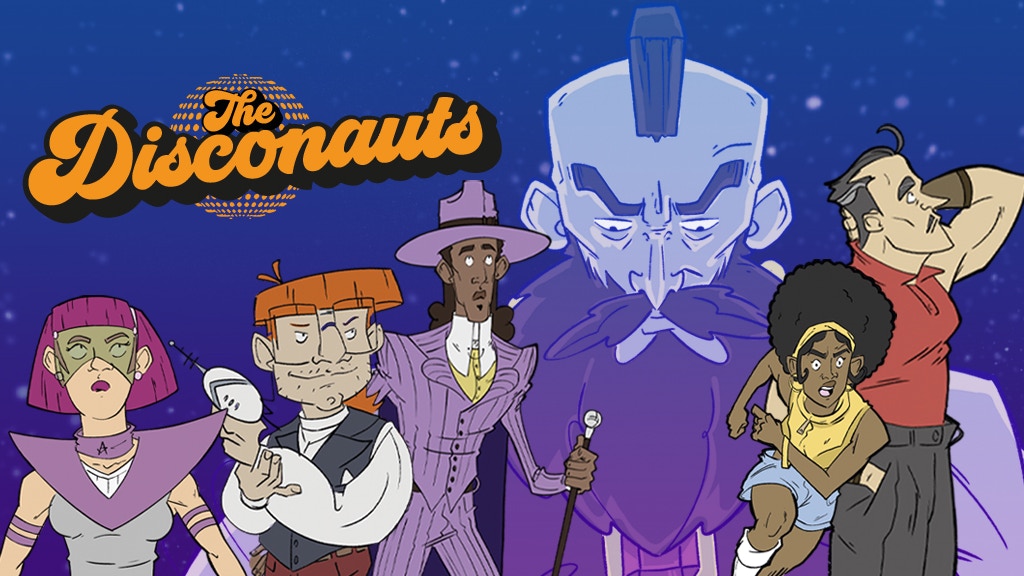 LONDON, UK – This year’s funkiest comic is about to groove its way onto Kickstarter. Ya dig?

Luke Balmer-Kemp (artist) teams up with Jonathan Stevenson (writer) for “The Disconauts” – a far-out tale of disco space travellers righting wrongs and funking up bad guys across the galaxy.

The Kickstarter campaign is set to launch on the 1st of JUNE and run for 30 days. Rewards will include digital and physical editions of “The Disconauts” issue #1, an exclusive Kickstarter variant cover and original artwork by Luke Balmer-Kemp including a limited number of hand-drawn sketch covers.

Writer Jonathan Stevenson is a former editor at Titan Comics where he oversaw their Statix Press imprint as well as fan-favorite titles “Doctor Who: The Thirteenth Doctor”, “Tank Girl”, “Wolfenstein” and many more. He also edited “The Wrath of Fantomas” which was nominated for an Eisner Award in 2020. He is currently a freelance editor with clients including Humanoids.

“The Disconauts” marks the first full-length comics project for Stevenson as a writer. “I’ve worked on a lot of short stories for various anthologies, so taking the leap to full-length issues felt like the next logical step,” he said. “This Kickstarter campaign is to fund issue #1, but if it’s successful then we have three more issues ready to go.”

Artist Luke Balmer-Kemp stated the pair’s intention when setting out to create “The Disconauts” – “We wanted to do something big, fun and silly. The Disconauts is about making people smile. It’s a love letter to the animated TV shows we grew up with, like He-Man and Bravestarr.”

The Disconauts crew is comprised of The Boogie, Kitty Kat, Starfox, Dude Dynamite and The Whizz. Issue one sees them take on the mysterious new fiancé of The Dancing Queen, known only as Rasputin.

The Kickstarter will go live on June 1. You can sign up to be notified when is goes live now at – https://www.kickstarter.com/projects/jonathanstevenson/the-disconauts-issue-1