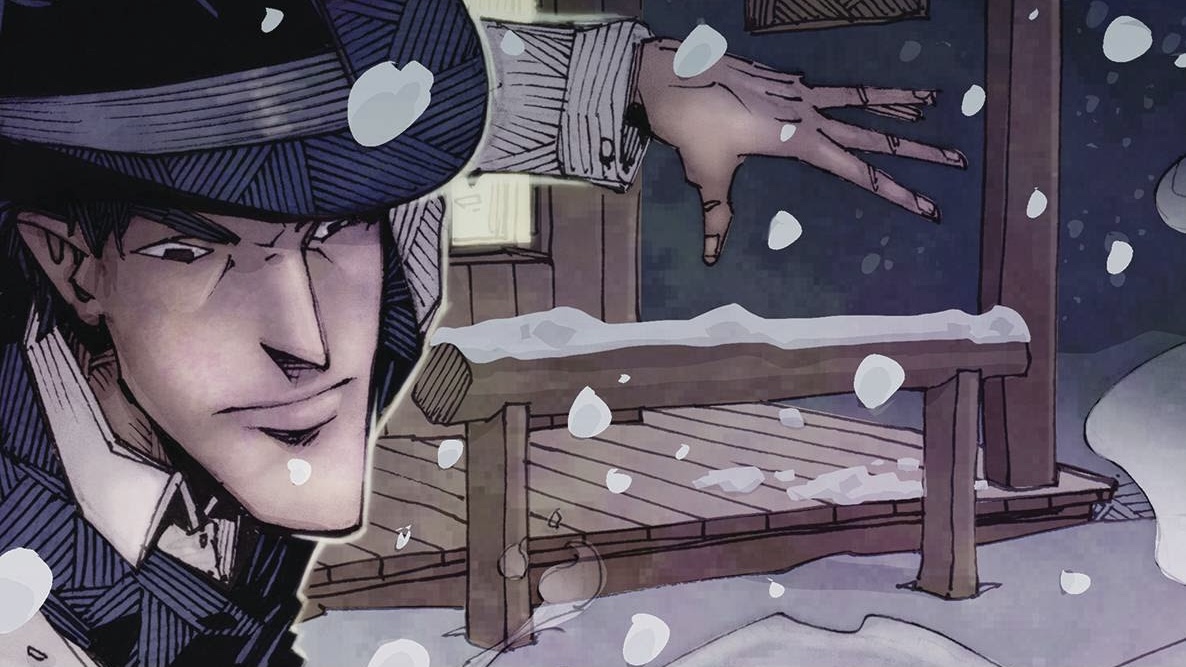 Coleman Cooper just wants to get his family to their new homestead, but a blizzard has other ideas stranding him and his family outside of the infamous Lead City. Lead City, where once a year the worst gunslinger’s in the Wild West arrive to battle each other for fame and fortune. Lead City is a classic western coming this spring from Red 5 Comics.

For creator and writer Eric Borden “Lead CIty started when I began pondering how I’d turn a genre I love: the Western, on it’s ear. Lead City really grew legs during my first meeting with Kyle [Brummond]. With both of us  being Las Vegas natives at the time it seemed natural to work a Wild West book. Since then it’s been both of us pushing one another to make a book the genre has never seen before and we’re pretty sure we’ve done that because Lead City ain’t your Daddy’s gunfight.”

Lead City does just that, throwing its every man character who doesn’t use guns or conform to the classic idea of a Wild West hero and throwing him immediately into the deep end.  “Coleman is such a relatable character and the idea of a contest where you can put in all kinds of crazy characters for him to deal with was perfect for this story,” co-publisher Joshua Starnes said.

The contest begins this March and lasts through the summer. Plan a trip to Lead City this spring, but make sure you bring a six shooter with you. Lead City is a four issue series beginning March 2022, wherever Red 5 Comics are sold.

First Look: Juniper From Scout Comics
The Strange Scheme Unfolds in REGARDING THE MATTER OF OSWALD’S BODY #3
Sponsor