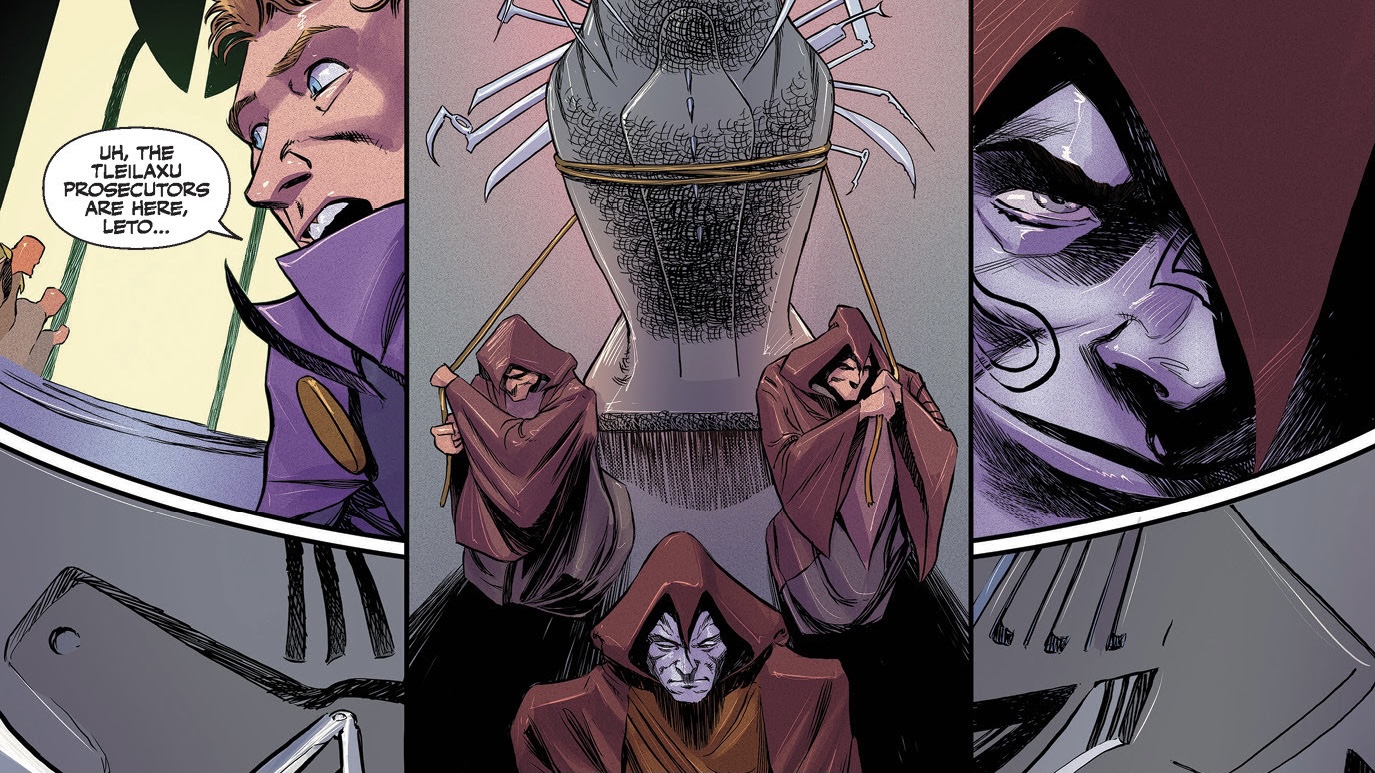 Now the 81st Padishah Emperor of the Known Universe and imbued with the entire power of the Imperium, Shaddam will decide the fate of newly crowned Duke Leto Atreides. But his decision will inadvertently cement the genocidal hatred of Baron Harkonnen for House Atreides!

Created by visionary writer Frank Herbert, Dune debuted in 1965, has sold millions of copies and is arguably the most admired science fiction novel of all time. After winning the Hugo Award and inaugural Nebula Award, Dune inspired a best-selling novel series and led to multiple live-action adaptations, including the upcoming feature film from Legendary Pictures. The influence of Dune extends well beyond the world of entertainment, with an incalculable influence on modern scientific thinking about politics, religion, outer space, environmentalism and more.

Print copies of DUNE: HOUSE ATREIDES #12 will be available on December 1, 2021 at local comic book shops (use comicshoplocator.com to find the one nearest you), or at the BOOM! Studios webstore. Digital copies can be purchased from content providers like comiXology, iBooks, Google Play, and Kindle. Print copies of DUNE: HOUSE ATREIDES Vol 1 HC are available now wherever books are sold.