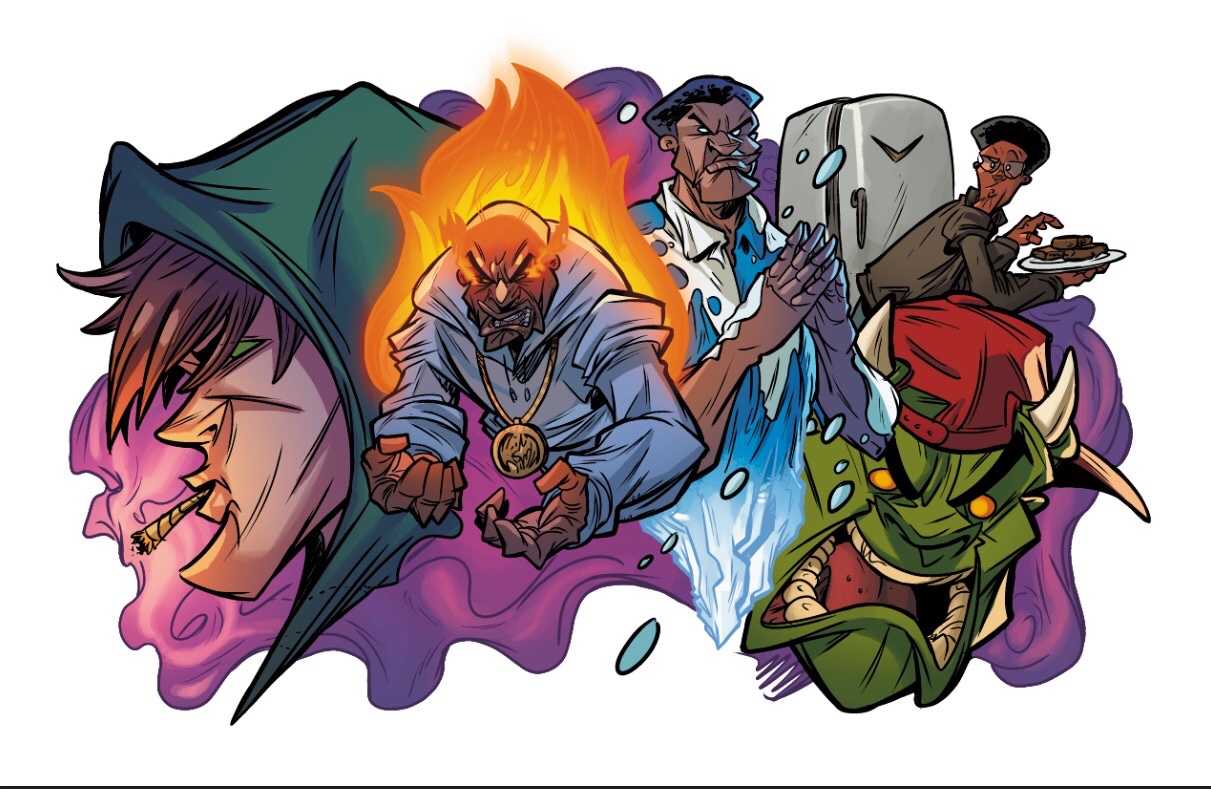 Need more stoner super heroes in your life?  Check out the latest release of Super-Bud, a comic book that asks the question, What would happen if marijuana gave you super powers?

The answer to that question leads to a lot of laughs and an exciting story with super humans, monsters, evil scientists, drug dealers, and a talking dog.  (No, really, a talking dog).

A mysterious strain of medical marijuana, stolen from a pharmaceutical lab, spreads throughout the small town of Emerald Oaks, giving those who smoke it super powers.  While most use their new super human abilities for personal gain, Danny, the comic’s protagonist (and heartbroken unemployed comic nerd) decides to use his powers to be a super hero, like the heroes in the comics he loves.

Created in 2012 by writers Mike Dean and Tim Radecki, the pair have returned to the project with their frequent collaborator, artist Tim Lattie (Ghostbusters, TMNT, Nightstars) to create the third issue of the series.  Issue two was successfully funded on Kickstarter in November of 2014.  The team took a break to work on other projects, and returned to Super-Bud to finish issue three in 2019-2020, but put the release on hold due to the Covid-19 outbreak.

“We’re excited to continue the story of Danny, and Super-Bud, with this new issue. We really think this is the best issue yet. Tim Lattie’s art is on a whole new level, and the story really kicks into high gear with this issue,”  shares Radecki.

The team have partnered with new colorist, Arthur Hesli.  “Arthur did such an amazing job coloring this issue. It is complementary to Lattie’s line work, but also elevates the project in new ways,”  according to Dean.

After finding success on the platform for issue two, the team have returned to fund the third issue in the series. “Kickstarter is really the best way for indie comic book creators to connect directly with the comics community,” says Radecki.

It’s a great time to back the project, as the creative team have some really exciting rewards lined up.  You can catch up on previous issues with a digital bundle, including all 3 issues of Super-Bud.  You can also pledge for physical copies with exclusive covers only available for this Kickstarter campaign.  And for the ultimate collector, you can even pledge for Lattie’s original artwork from the issue.

Super-Bud promises it’s not your typical comic book, with stunning artwork, a compelling plot, and a lot of humor along the way.

You can find Super-Bud on Kickstarter from July 6th to August 5th.

Read issue one for free at:  www.superbudcomic.com

Mike Dean and Tim Radecki are the creators and writers behind Super-Bud.  They began their writing career writing short films, tv pilots and spec scripts, and a six episode web series called “Wrapped”. They are currently working on their next comics series, Grave Brigade.  Mike and Tim also provide the lettering on Super-Bud.

Tim Lattie is a sequential artist, published by IDW, Boom! Studios, Dark Horse, and Web Toons, known for his work on the Ghostbusters comics series, and his own creator owned comic Nightstars.