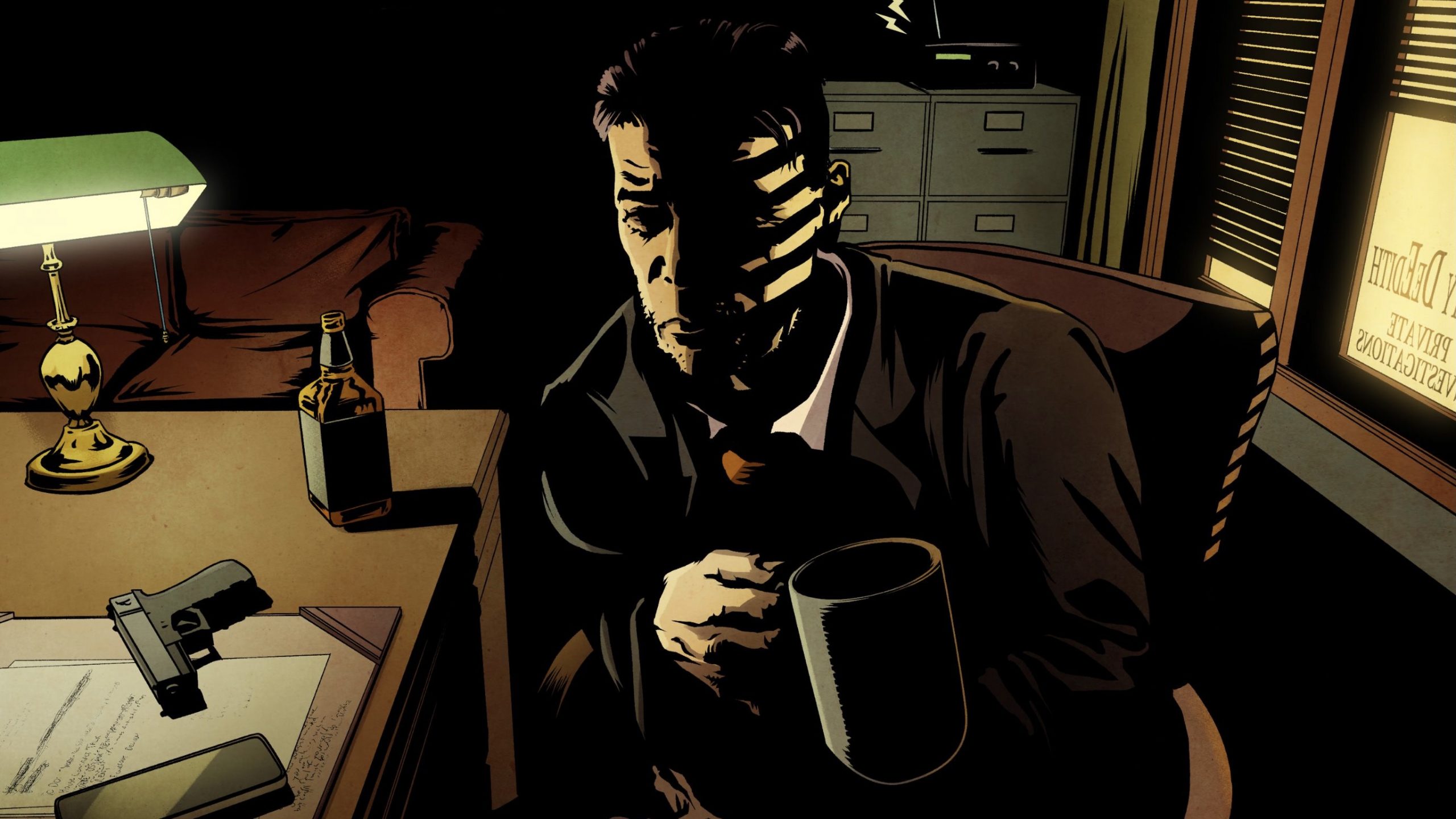 November Street Press introduces The Denim Devil, a horror-comedy comic launching in October 2022 about a wannabe slasher entangled in a murder mystery where the killer could be anyone… except him.

Created by Zach Carter and Jared Yanez, the 5-issue series follows the Denim Devil, local nuisance and public embarrassment to Vanglerton, a city under the thumb of the Vangler family’s crumbling denim manufacturing empire. When a gruesome murder is tied to Vangler’s reclusive young CEO, the Denim Devil’s at the bottom of the suspect list – but not for lack of trying!

When the mystery killer’s reign of terror collides with the Denim Devil’s rain of errors, the resulting vortex drags in a motley array of possible suspects and future victims. Who will survive and what will remain of them? What is the deadly secret of Vangler denim? And will the Denim Devil find meaning and mentorship from the mystery killer, or just become more meat for the massacre?

All this and more gore awaits you in the macabre misadventures of… The Denim Devil.

“The Denim Devil won’t just make you laugh, it’ll also tug at your heartstrings (which is a horrifically violent and painful way to be murdered).” – Zach Carter, writer

“Jason Vorhees? Michael Myers? Dr. Giggles? Compared to the Denim Devil, they’re like… way, way better. Substantiallyso. I mean, wow. Yeah. Scarier, for sure. Immeasurably more dangerous. They’d wipe the floor with the poor guy, without even trying, without even noticing. By accident. Just, just, like, annihilation, on every conceivable level. Physical, emotional… yeah, really no comparison at all. What’s this for again?” -Jared Yanez, writer/illustrator

The Denim Devil #1 will be available on October 5 in a limited edition physical run for purchase at thedenimdevil.com and across many digital platforms. The digital version is now available for pre-order on Amazon.