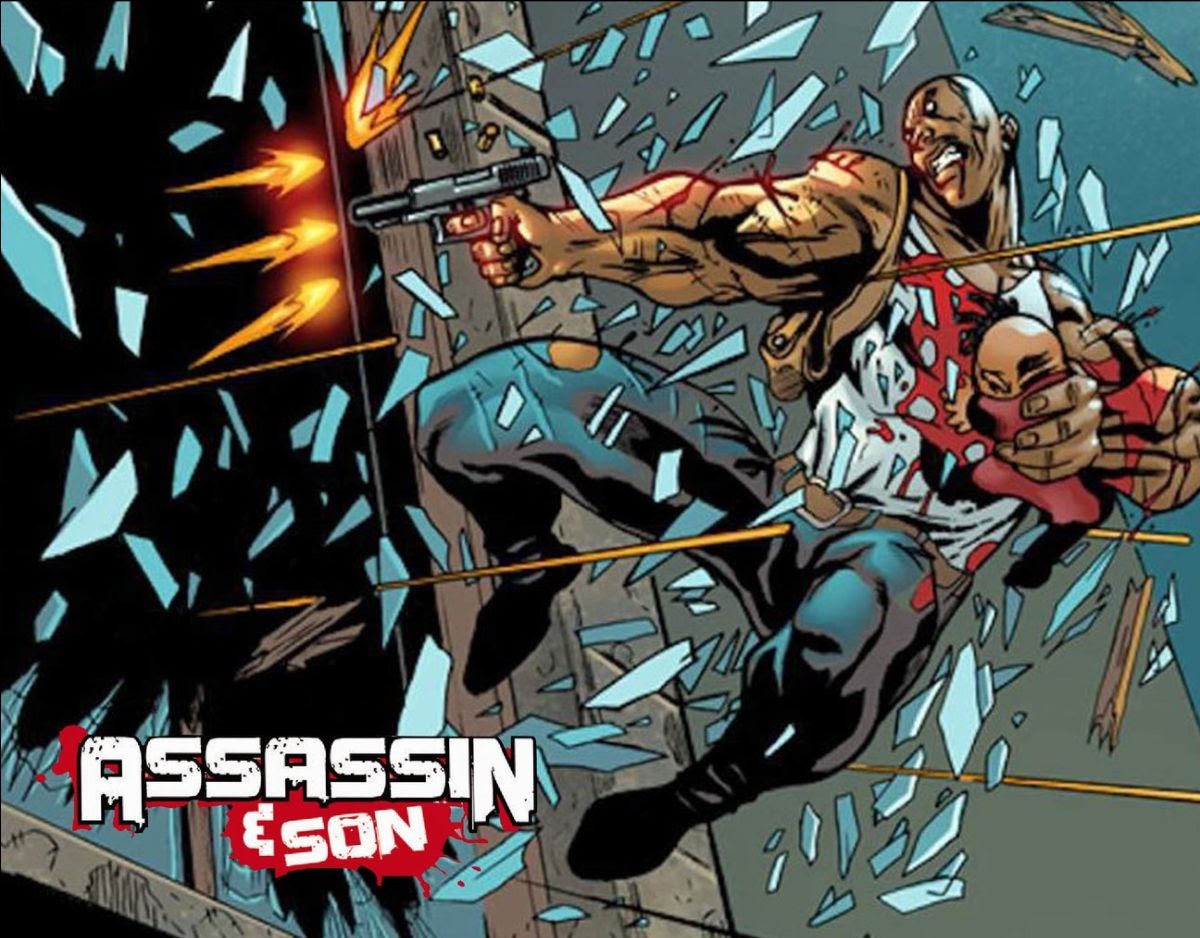 As reported in DEADLINEearlier today, State Street Pictures has optioned the comic book ASSASSIN AND SON, created and written by Shad Gaspard and Marc Copani with art by Eder Messiah. Scout Comics & Entertainment, who published the comic, is attached to produce along with State Street.

Donovan Braddock is a one-man killing unit who works with a team of covert assassins known as “The Horsemen.” When Braddock finds love, and makes a family of his own, he attempts to leave that life of violence behind. But he discovers that his old life still torments him when his wife is murdered in front of him and his young son. Now, with nothing to live for, this tragic event sends father and son on an epic journey of revenge and consequence.

Gaspard and Copani are former professional WWE wrestlers who teamed up to write ASSASSIN AND SON after retiring from wrestling. Tragically, Shad Gaspard passed away in May 2020 while swimming in Venice Beach with his young son when the two were caught in a riptide, shortly before the publication of ASSASSIN AND SON #1. Gaspard was recently inducted into the 2022 WWE Hall of Fame posthumously.

“We’re thrilled at the opportunity to bring Shad and Marc’s comic to life. What excites us creatively is the balance of hard-hitting action and emotional themes presented in the source material,” said Lawrence Mott, Creative Executive at State Street.

“We met Shad at San Diego Comic-Con in 2019,” said Don Handfield of Scout Comics. “He was known for his brawn in the world of wrestling, but what we were taken by was his humor, intelligence and creative genius. We were blown away by his and Marc’s comic, and we’re proud to bring it to the world. We are happy that his legacy has a chance to live on through this partnership with State Street.”

State Street recently wrapped On the Come Up, Angie Thomas’ best-selling follow up to The Hate U Give, which they also produced. In addition, Street Street has produced the hit Barbershop franchise for MGM, Soul Food, Faster starring Dwayne Johnson, and Men of Honor starring Oscar winners Cuba Gooding Jr., Robert De Niro, and Charlize Theron, among other films.

Scout Comics & Entertainment was founded in 2015 and has over 200 titles in their catalog. Scout books have sold to Disney, Amazon Studios, and FilmNation, among others.