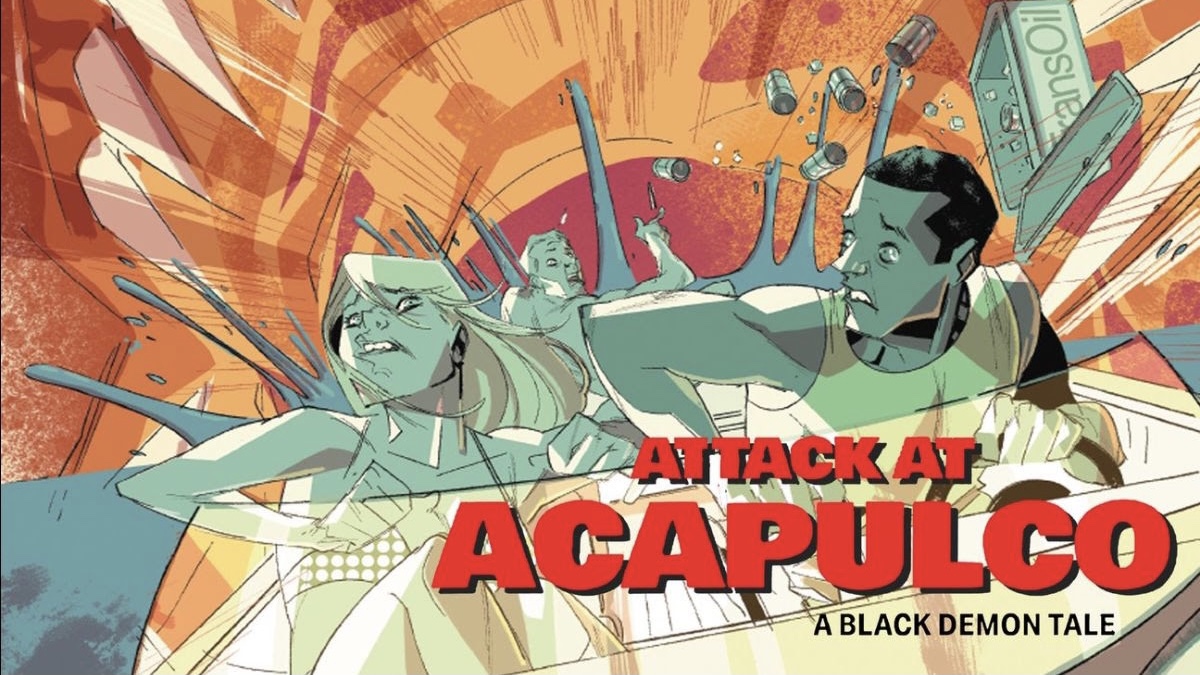 “We’re so grateful to be working with SCOUT and have always been huge fans of their mission, and are eager to help create and publish more comics that support and celebrate the voices and stories of the LatinX community,” said Javier Chapa, the imprint’s CEO.

Scout’s President, James Haick III, said of the partnership, “We here at Scout couldn’t be more excited about partnering with the amazing team at Mucho Mas Media. We can’t wait to share the exciting plans and titles we have coming out for Chispa. This is the beginning of something very special.”

Their first release, ATTACK AT ACAPULCO: A BLACK DEMON TALE, puts readers in the middle of the busiest week of the season when things on the Pacific coast of Mexico are not as they seem. Written by Sebastian Martinez-Kadlecik (Eisner-nominated Quince) and illustrated by Bruno Oliveira (Amazing Spider-Man, Deadpool), ATTACK AT ACAPULCO is rooted in the Mexican myth of the Black Demon, an ancient megalodon that lurks the seas, guarding nature at the behest of Tlaloc, the supreme Aztec god of rain, earthly fertility, and water.

As revealed exclusively in Variety this week, Josh Lucas will battle a giant shark in “The Black Demon,” a survival thriller from “Rambo: Last Blood” director Adrian Grunberg. The film was written by Boise Esquerra (“Blackwater”) and is set to start principal photography in December on location in the Dominican Republic.

“The film follows oilman Paul Sturges (Lucas) as he takes his family on vacation to Bahia Azul. There, the coastal town he and his wife once knew has mysteriously crumbled and the locals are nowhere to be found. Paul starts off his day with a routine visit to inspect his nearby oil rig, but before he knows it, his entire family has landed with him on the rotting metal tower. From the depths of the ocean rises a massive megalodon known only by its name: the Black Demon. Under constant threat from this primeval species of shark, Paul must find a way to get his family back to shore alive.”

“Survival thrillers centered on the apex predator of the ocean have captivated audiences for generations, and to have this fresh take helmed by the action master Adrian and led by the incredibly talented Josh, makes ‘The Black Demon’ a truly exciting project,” said Highland Film Group CEO Fraser. “We think audiences around the world will be excited to see this Mexican legend on the big screen for the first time,” added Mucho Mas’ Chapa.

The Gyro Universe is Back on Kickstarter with Nothing but Epicness!