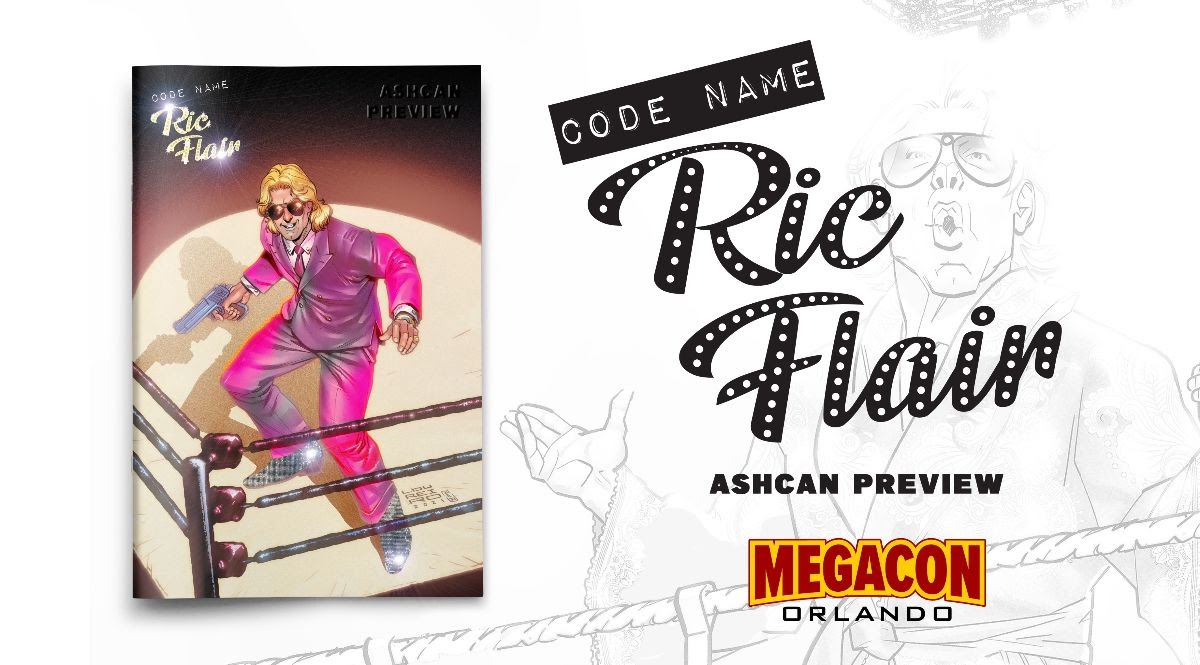 Superstar Wrestling Legend RIC FLAIR is getting his own comic series. The first issue of CODENAME: RIC FLAIR, will be published later this summer through the Kickstarter platform. This brand new original comic details his fact-or-fiction forays as an international superspy in the 1980s and 1990s. A special limited edition spotfoil ashcan preview will be launching at MegaCon at the Fiterman Sports Group booth where Flair will be appearing exclusively on Saturday May 21st and Sunday May 22nd to sign autographs courtesy of Fiterman Sports Group.

Richard Fliehr, a mild-mannered professional wrestler, almost dies in a small twin engine plane on the way to a regional wrestling match. The doctors not only save his life – they rebuild him better than before. Treatment makes him stronger than ever and Fliehr is reborn as Ric Flair aka Nature Boy®, who must now use his wrestling persona as cover while he works to save the world as secret agent Nature Boy®.

More info on how to buy the different versions of this ashcan preview will be released shortly. Stay tuned!