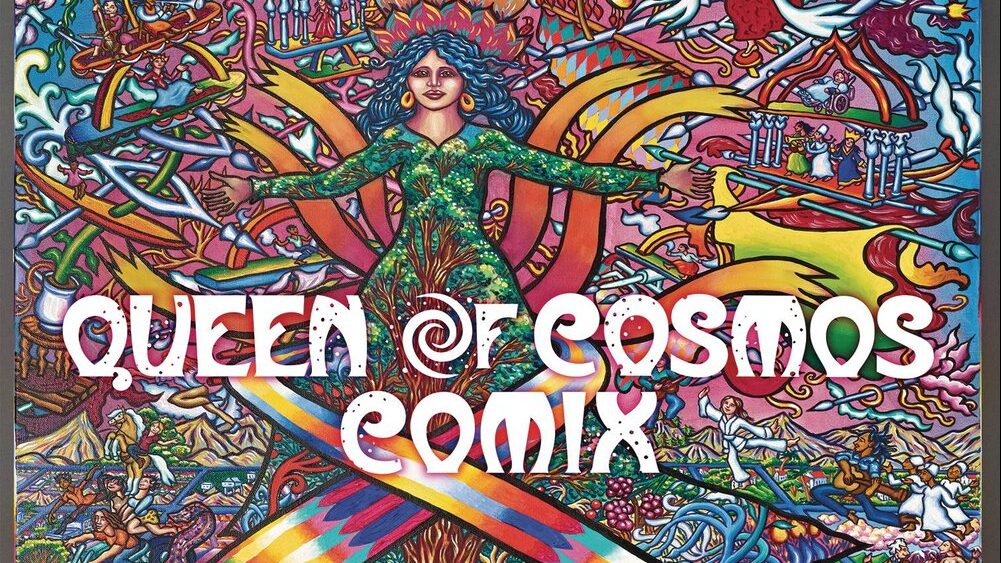 HOUSTON, TX — Queen of Cosmos Comix creator Willy Mendes and her psychedelic autobiographical tale are highlighted in the Fall/Winter 2020 issue of the International Journal of Comic Art.

“I knew as soon as I read Queen of Cosmos that it was a story we needed to get out to the world,” Red 5 Comics co-publisher Joshua Starnes said.  “I’m so happy people are re-discovering Willy’s work, and she has returned to the comic world.”

Barbara ‘Willy’ Mendes studied art throughout her youth in New York City before publishing stories and covers in underground comix.  She developed a style of brilliantly colored narrative paintings that have been exhibited in New York, Chicago, Los Angeles and Tel Aviv.

A new volume of Queen of Cosmos Comix will be released in 2022.

Red 5 Comics was founded in 2007 by Paul Ens, former Director of Lucasfilm’s Lucas Online, and Scott Chitwood, co-founder of TheForce.net.  It earned the 2007 Gem Award for Best New Publisher and its titles have been nominated for three Eisner Awards and two Harvey Awards.