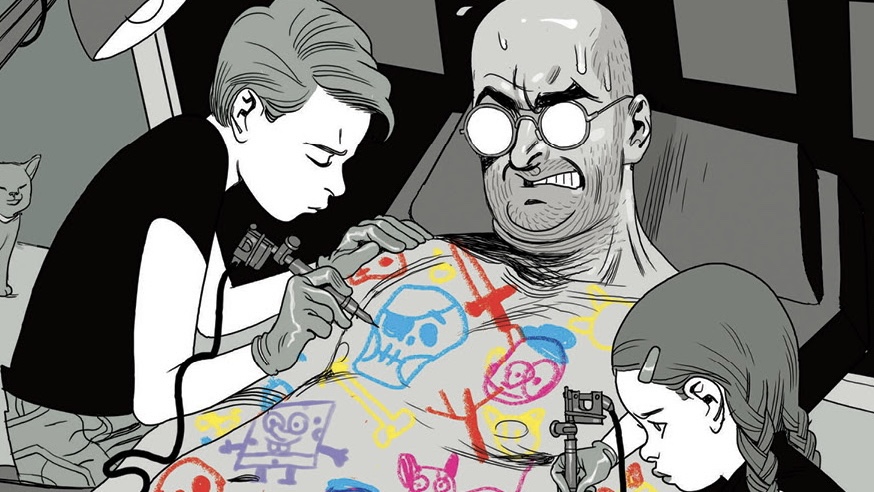 The long-awaited hardcover third collection of the Eisner Award-winning series ofNew York Times-bestselling cartoonist Asaf Hanuka’s one-page autobiographical weekly comics returns to captivate, inspire, and challenge readers. Through scenes both real and imagined, the acclaimed Israeli cartoonist examines the joys (and pitfalls) of parenting in a politically divisive world and the ongoing struggle to manifest art even as real-life humor and pathos keeps getting in the way. The internationally acclaimed and Hugo Award-nominated cartoonist’s beautifully drawn stories about self, family, society, and everything in between conjure a deeply rich and unforgettable reading experience.

THE REALIST: LAST DAY ON EARTH HC is the latest release from BOOM! Studios’ award-winning Archaia imprint, home to inspiring graphic novels such as Slaughterhouse-Five by Kurt Vonnegut, Ryan North, and Albert Monteys; The Sacrifice of Darkness by Roxane Gay, Tracy Lynne-Oliver, and Rebecca Kirby; Big Black: Stand at Attica by Frank “Big Black” Smith, Jared Reinmuth, and Améziane, We Served the People by Emei Burell, New World by David Jesus Vignolli, About Betty’s Boob by Vero Cazot and Julie Rocheleau, Eighty Days by A.C. Esguerra, Better Angels: A Kate Warne Adventure by Jeff Jensen and George Schall, The Short While by Jeremy Sorese, and The Killer by Luc Jacamon and Matz, as well as licensed series including Sabaa Tahir’s An Ember in the Ashes, Lev Grossman’sThe Magicians, Jim Henson’s The Dark Crystal: Age of Resistance, and Jim Henson’s Labyrinth: Coronation.