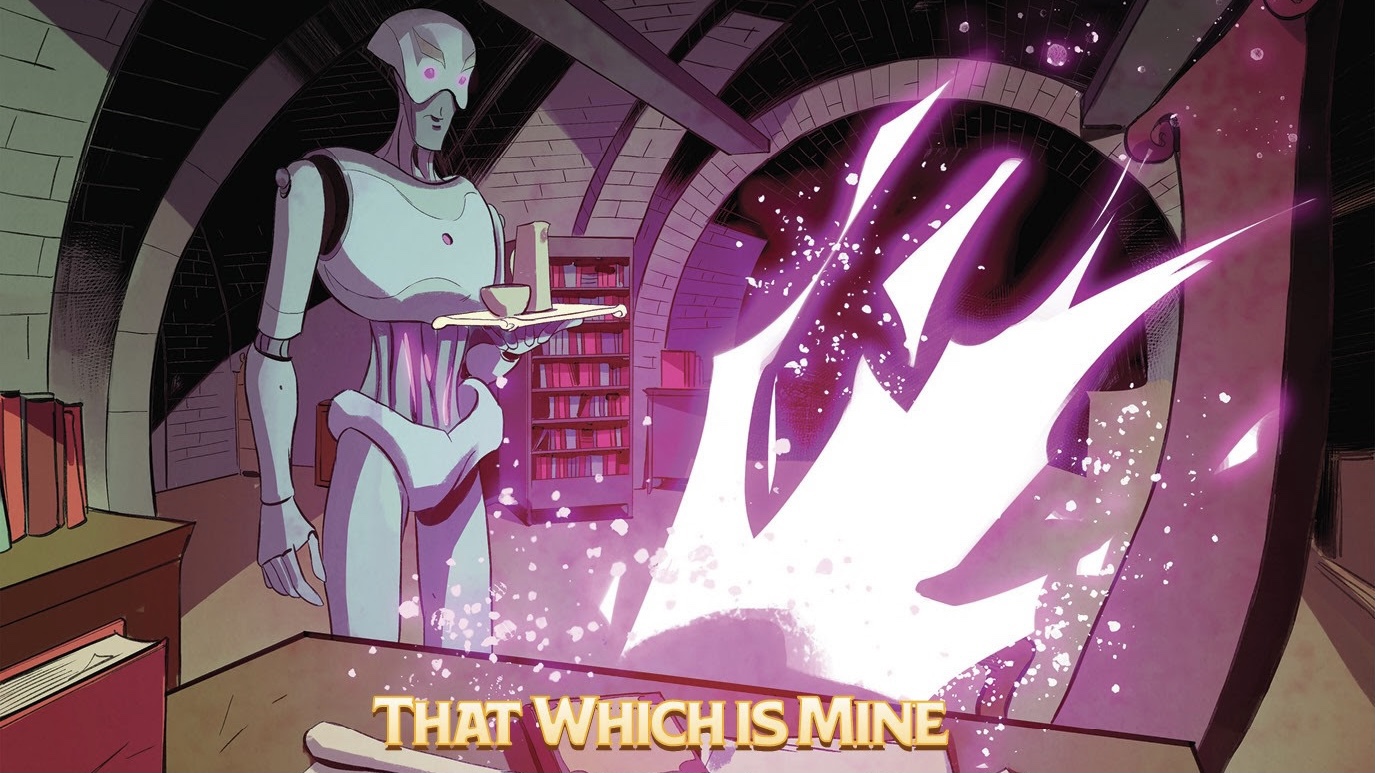 When the fate of the Multiverse is at stake, what game will the scheming Master of Metal play? In “Axis”, “Lover of Things”, “Right Hand of God”, and “What Which is Mine”, the cruel artificer Tezzeret of Esper, now free from his former master Nicol Bolas, the God-Pharaoh of Amonkhet, travels across the Multiverse seeking the answer to a question only he knows. Once he finds it, he will manipulate anyone necessary and do whatever it takes to claim his prize… but to what end?

MAGIC is the newest release from BOOM! Studios’ eponymous imprint, home to critically acclaimed original series, including BRZRKR by Keanu Reeves, Matt Kindt, and Ron Garney; Something is Killing the Children by James Tynion IV and Werther Dell’Edera; Once & Future by Kieron Gillen and Dan Mora; We Only Find Them When They’re Dead by Al Ewing and Simone Di Meo; Seven Secrets by Tom Taylor and Daniele Di Nicuolo; Eat the Rich by Sarah Gailey and Pius Bak; Maw by Jude Ellison S. Doyle and A.L. Kaplan; and Basilisk by Cullen Bunn and Jonas Scharf. The imprint also publishes popular licensed properties, including Dune: House Atreides from Brian Herbert, Kevin J. Anderson, and Dev Pramanik; and Mighty Morphin and Power Rangers from Ryan Parrott, Marco Renna, and Francesco Mortarino.

Print copies of MAGIC: MASTER OF METAL #1 will be available for sale on December 1, 2021 exclusively at local comic book shops (use comicshoplocator.comto find the nearest one) or at the BOOM! Studios webstore. Digital copies can be purchased from content providers, including comiXology, iBooks, Google Play, and Kindle.