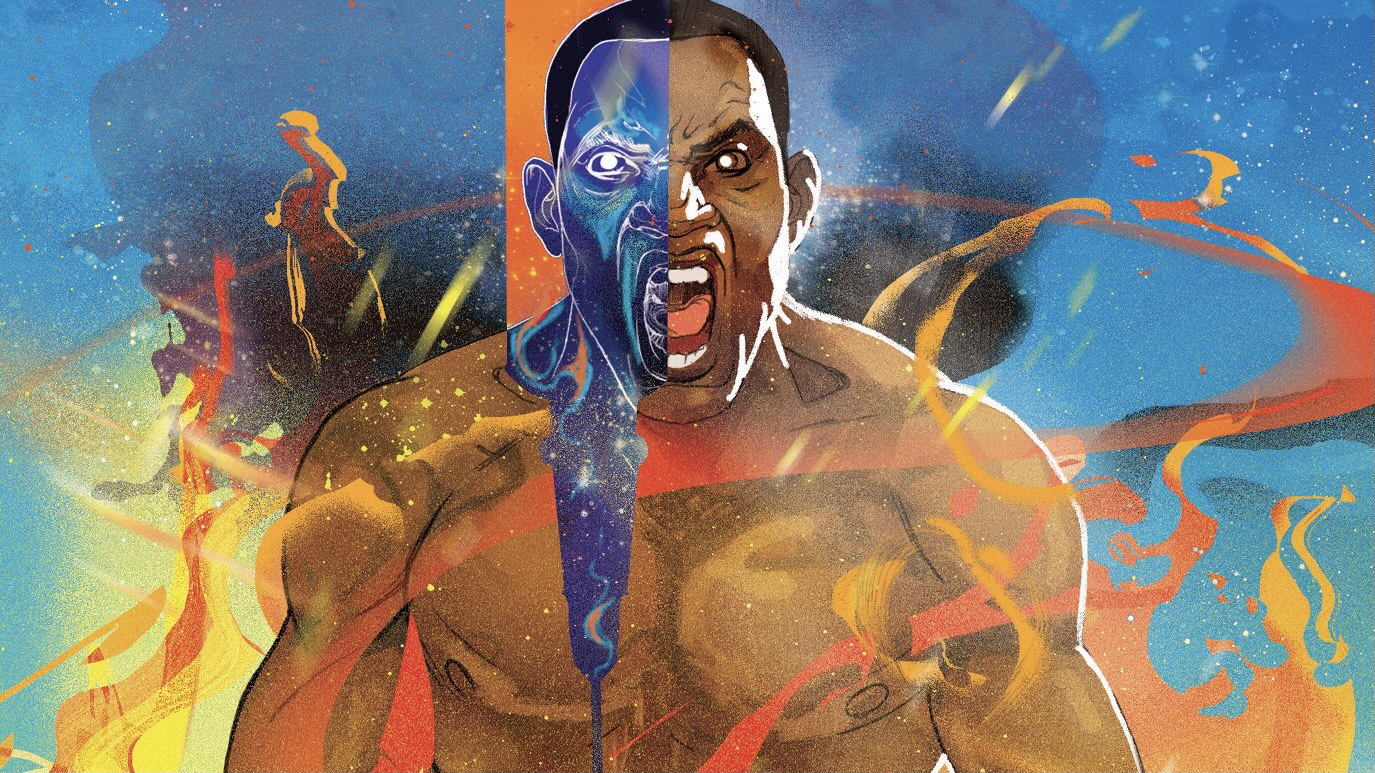 BOOM! Studios today revealed a first look at DARK BLOOD #3, the next issue of an evocative new six-issue original series from screenwriter LaToya Morgan (AMC’s The Walking Dead, Into The Badlands), rising star artist Moisés Hidalgo (Mighty Morphin Power Rangers), colorist A.H.G., and letterer AndWorld Design, about a young man forging a brave new future for himself and his family while dealing with his past, available in September 2021.

When is the cure worse than the disease? At first Dr. Carlisle’s generous offer to treat Avery’s chronic pain and injuries seems like a godsend, but the “magic bullet” cure he offers comes with an excruciating administration via spinal tap… and unexpected side effects. When those manifest in seemingly impossible ways that terrify his family, Avery rushes back to the doctor for additional help, but will the second treatment truly work or only bring back memories of the war best kept in Avery’s past?

Print copies of DARK BLOOD #3 will be available for sale on September 22, 2021 exclusively at local comic book shops (use comicshoplocator.com to find the nearest one) or at the BOOM! Studios webstore. Digital copies can be purchased from content providers, including comiXology, iBooks, Google Play, and Kindle.