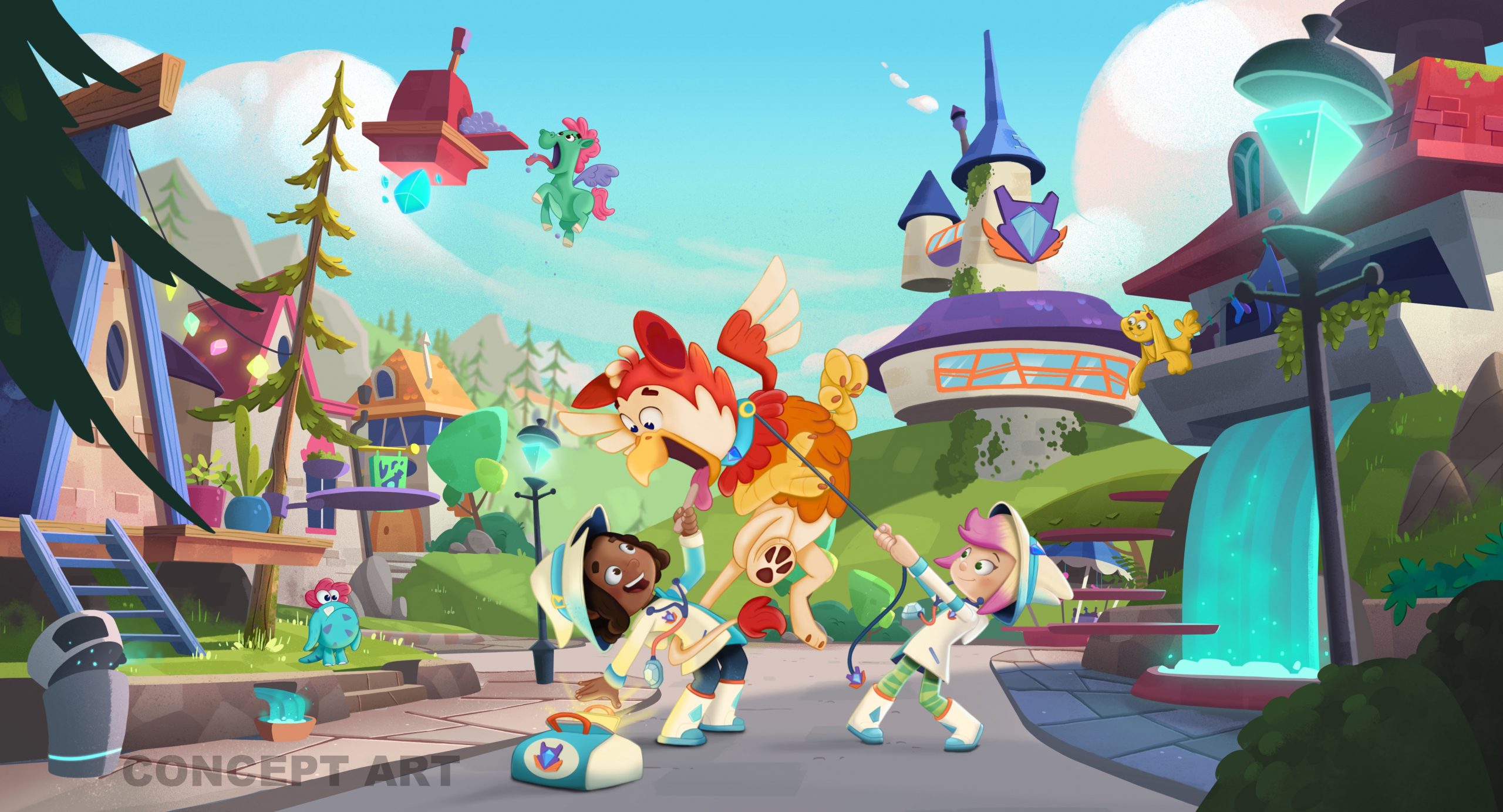 Nickelodeon is bringing the magical world of Willows Whisper to life with the greenlight of HexVet, a brand-new animated preschool series based on the eponymous BOOM! Studios graphic novels by Sam Davies. The CG and 2D-hybrid adventure-comedy series (20 episodes) follows unlikely best friends Nan and Clarion as they navigate life’s weird and wacky challenges, while apprenticing to be magical veterinarians for fantastical creatures. Paramount Consumer Products will lead consumer products cross-category licensing worldwide for the HexVet property. HexVet will launch 2023 in the U.S. and continue to roll out internationally. The news was announced today by Brian Robbins, President & Chief Executive Officer, Paramount Pictures & Nickelodeon, and Chief Content Officer, Movies and Kids & Family, Paramount+.

“The high-stakes adventures, wild antics and heartfelt camaraderie Nan and Clarion in the HexVet graphic novels are all great qualities we look for in an animated series,” said Ramsey Naito, President, Paramount Animation and Nickelodeon Animation. “It’s incredibly exciting to expand the HexVet world with an original series that will deepen the connection young readers have with the novels and capture the imagination of new fans of all ages.”

“The vibrant world of HexVet gives our creative team an incredible opportunity to translate the enchantment of the series into products across multiple categories,” said Pam Kaufman, President, Paramount Consumer Products. “We strategically approach each new IP in a unique way and look forward to developing items that highlight the show’s core themes of magic, teamwork and compassion for animals, allowing kids to continue their adventures with Nan and Clarion.”

As HexVets in training, Nan and Clarion are ready to tackle medical maladies in beasts magical or mundane, find their familiars, and earn their wands and pointy hats–all while dodging covens of animal smugglers and dragons with heartburn. Under the tutelage of the talented Dr. Talon, these young HexVets in training will learn how to cure any animal, from a pygmy phoenix with bird flu to a unicorn with a broken horn.

HexVet is an all-ages original graphic novels series written by beloved cartoonist Sam Davies and published by BOOM! Studios through their award-winning KaBOOM! imprint, home to R.L. Stine’s Just Beyond and more. The graphic novel series debuted in 2018 with HexVet: Witches-in-Training to much critical acclaim, then released the second book, HexVet: The Flying Surgery, in 2019. HexVet was a Scholastic Book Fair selection in 2019, and has since sold over 60,000 copies and is distributed internationally in over 132 countries. BOOM! Studios is slated to release additional volumes in the series.

HexVet is developed for television by Nicole Dubuc (My Little Pony: Friendship is Magic, The Rocketeer), who also serves as showrunner and executive producer. Frank Molieri (Transformers: Rescue Bots, The SpongeBob SquarePants Movie) serves as co-executive producer and Kendall Michele Haney as story editor. The series is also executive produced by Stephen Christy (Just Beyond) and Ross Richie (2 Guns), with Mette Norkjaer serving as co-producer, for BOOM! Studios. Production of HexVet for Nickelodeon Animation is overseen by Eryk Casemiro, Executive Vice President, Nickelodeon Animation, Global Series Content. Kate Crownover serves as Nickelodeon’s Executive in Charge of Production for the series.

A New Look at Asaf Hanuka’s THE REALIST: LAST DAY ON EARTH
Become Sentient with the latest Pre-Order Campaign from Band of Bards!
Sponsor