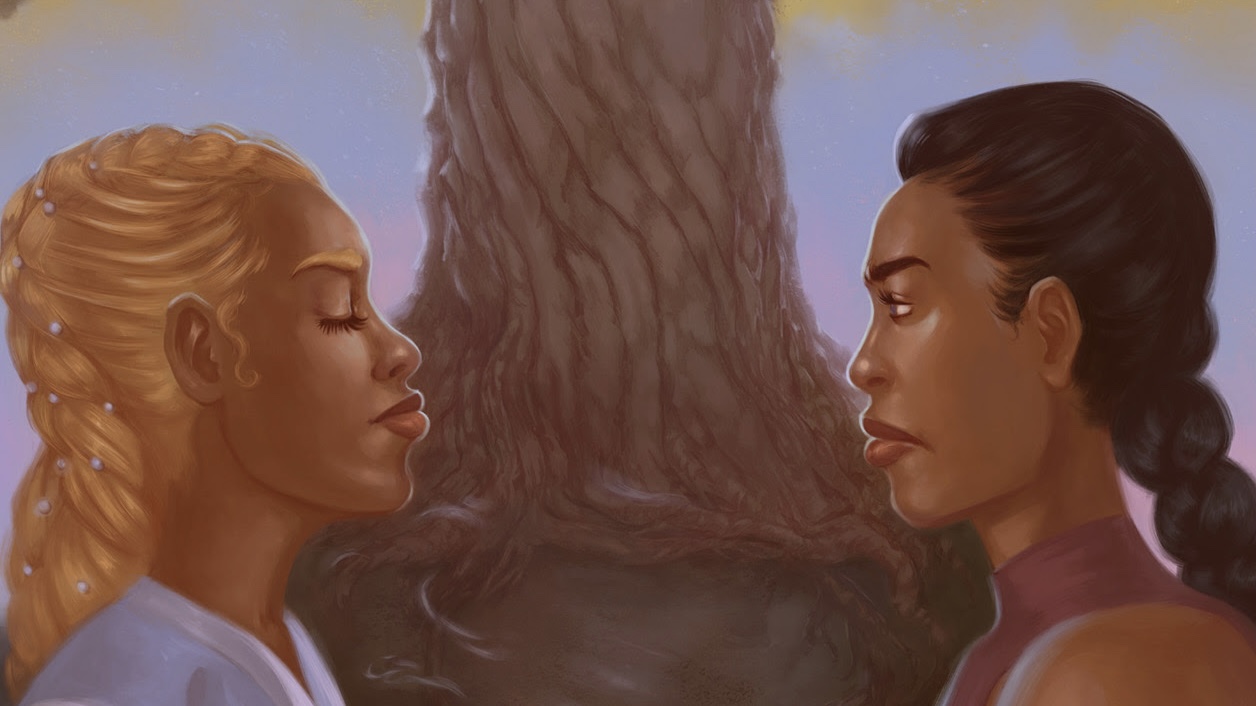 This week finds the exciting return of The Tiger’s Tongue #2 the Teen+ title by Olivia Stephens and Diansakhu Banton-Perry, only from Mad Cave Studios!

Under the militant rule of The Tiger’s People, empowered by their animal familiars, the Claw is on the brink of war. At the precipice of adulthood, twin princesses Kelindi and Aridani hold the future of the Claw in their hands. Kelindi would sue for peace with The River’s People, those who were subjugated “to bring order,” while Aridani has never aspired to rule. But an ancient prophecy is revealed that’ll force fate’s hand for the sisters…

“…a surprisingly complex fable about twin sisters confronted with a massive challenge on the most important day of their life.”
—Comical Opinions

“…The Tiger’s Tongue includes stunning art that helps flesh out a world I want to get lost in. I love the foundation of what I predict will be a fantastic narrative dealing with sisterhood, family obligations, and choosing your own destiny.” —But Why Tho?

“It’s a promising beginning to story that will take its place amongst the quality that Mad Cave has been known for.” —Geek Vibes Nation