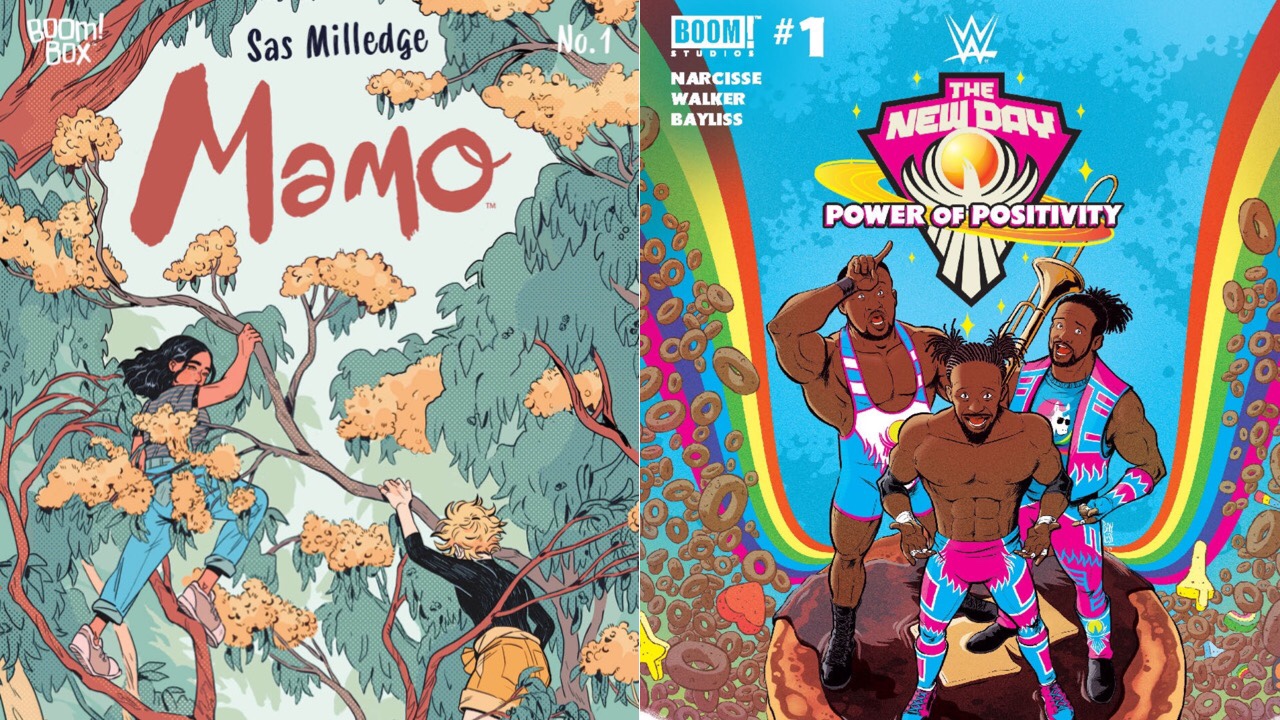 BOOM! Studios is proud to showcase the incredible artistic vision of Sas Milledge! Can Orla O’Reilly embrace her destiny in order to bridge the divide between humanity and the faerie world? Orla, the youngest in a long line of hedge witches, finds herself pulled back to her hometown after the death of her grandmother – Mamo. Without Mamo managing magical relationships between the townsfolk and the fae, the seas are impossible to fish, the crops have soured… and Jo Manalo’s attic has been taken over by a poltergeist! Now, Orla and Jo will both be pulled into worlds they never wanted to be part of. Can the two girls work together to save the town? Sas Milledge (The Lost Carnival: A Dick Grayson Graphic Novel) debuts her first original series perfect for fans of The Last Witch and Sabrina The Teenage Witch that answers the question of how we all reconcile our responsibilities with our dreams for our own future.

Who are The New Day? Kofi. Xavier. Big E. Six-time. W.W.E. Tag. Team. Champions! The. Longest. Reign. In. W.W.E. History! You know the matches. You know the catchphrases. You think you know The New Day… but now discover the origins and struggles of these three WWE Superstars before that fateful day when they realized that they’re stronger together than apart and seize their place in WWE history. Writers Evan Narcisse (Rise of The Black Panther) and Austin Walker (Friends At The Table) (tag) team up with artist Daniel Bayliss (Mighty Morphin Power Rangers) to reveal the untold story behind one of the greatest tag teams of all time!