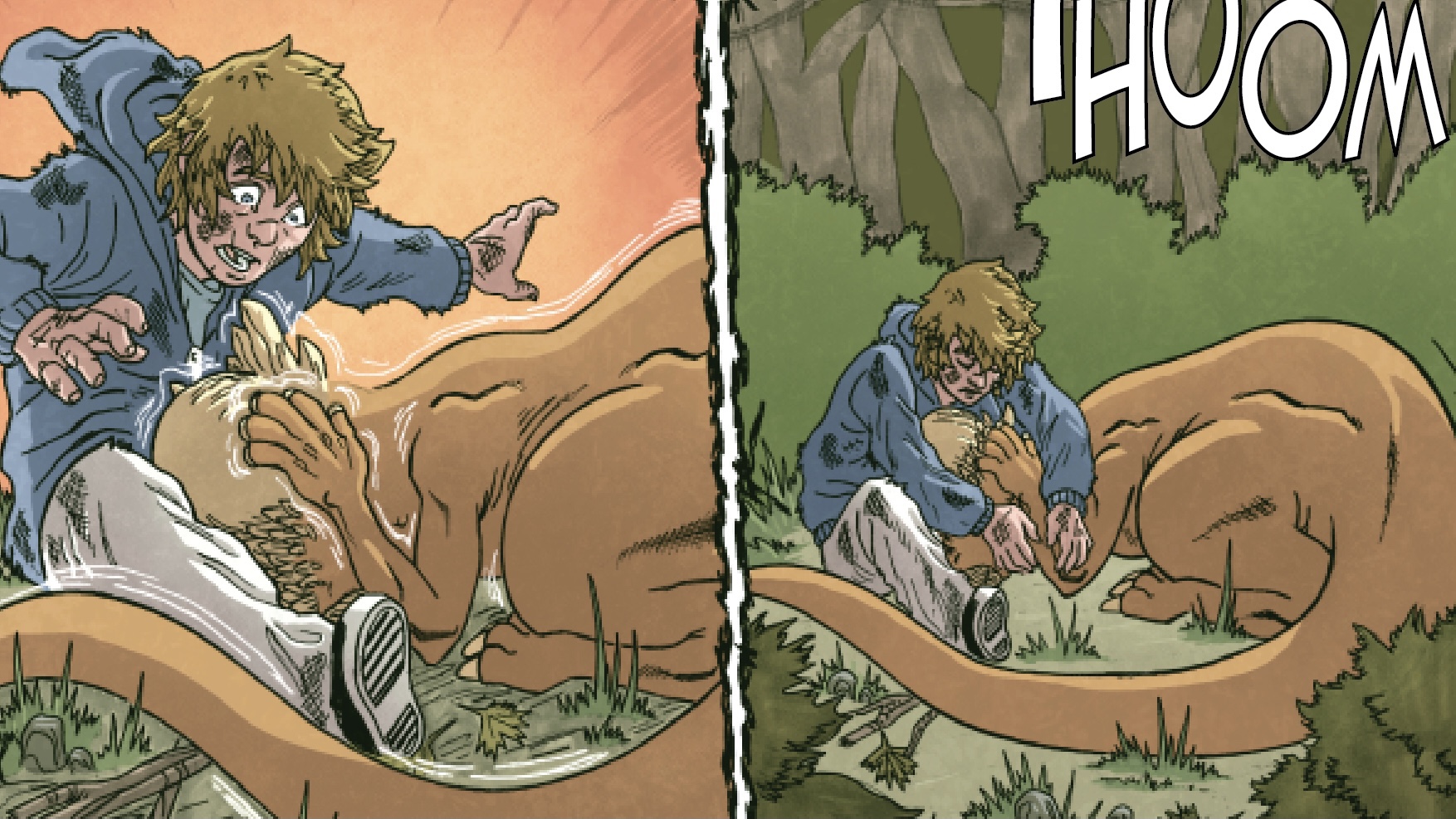 A British independent comics team have launched a Kickstarter for a brand-new action-adventure comic, Sinavore, which is set in the prehistoric past.

The story begins with a boy from the 21st century – Zeph – mysteriously falling from the sky, into the time of the dinosaurs. From there, he will not only make a new (dinosaur) best friend, but the two of them will have to take on the monstrous tyrant of the land: the giant, evil, skeletal T-Rex known as Sina.

It’s a comic that aims to have a broad appeal. “Not only did I want to write an action-adventure story that I, as an adult, could enjoy,” says writer Joshua Spiller. “But I also wanted it to be completely accessible to younger readers too. Think of comics like Robert Kirkman’s ‘Invincible’, or Saturday morning cartoons such as ‘Ben 10’. That’s the kind of fun, dynamic energy I wanted our story to capture. I mean, Pixar do films that appeal to both adults and children, so I thought, ‘why don’t we give that a go?’”

The physical version of the comic will exclusively be available through this Kickstarter campaign, a key feature of which is that the comic is being offered for only £2 including UK postage (although overseas shipping is offered as well).

“Partly,” Spiller added, “this Kickstarter is an experiment. We want to see if there’s a way to make comics really affordable again. Something a bit more like they were in the 1980s, or even before that, where you could, from what I understand, basically buy them for small change. We think we’ve found a way to do that. But it’s a business model that relies on a high number of low-paying customers. Kickstarter is our safe way of testing whether that’s achievable.

“And, I mean, a 28-page, full-colour comic, including UK delivery, and which comes with the added warm glow of knowing you’re helping a group of creators realise a project they’re passionate about, all for a mere £2?! I don’t think you can say much fairer than that.”

The Kickstarter-exclusive print version of Sinavore #1, along with a variety of reward packages, is available now for a limited time.

Support The Sinavore #1 Kickstarter
Liked it? Take a second to support ICD on Patreon!