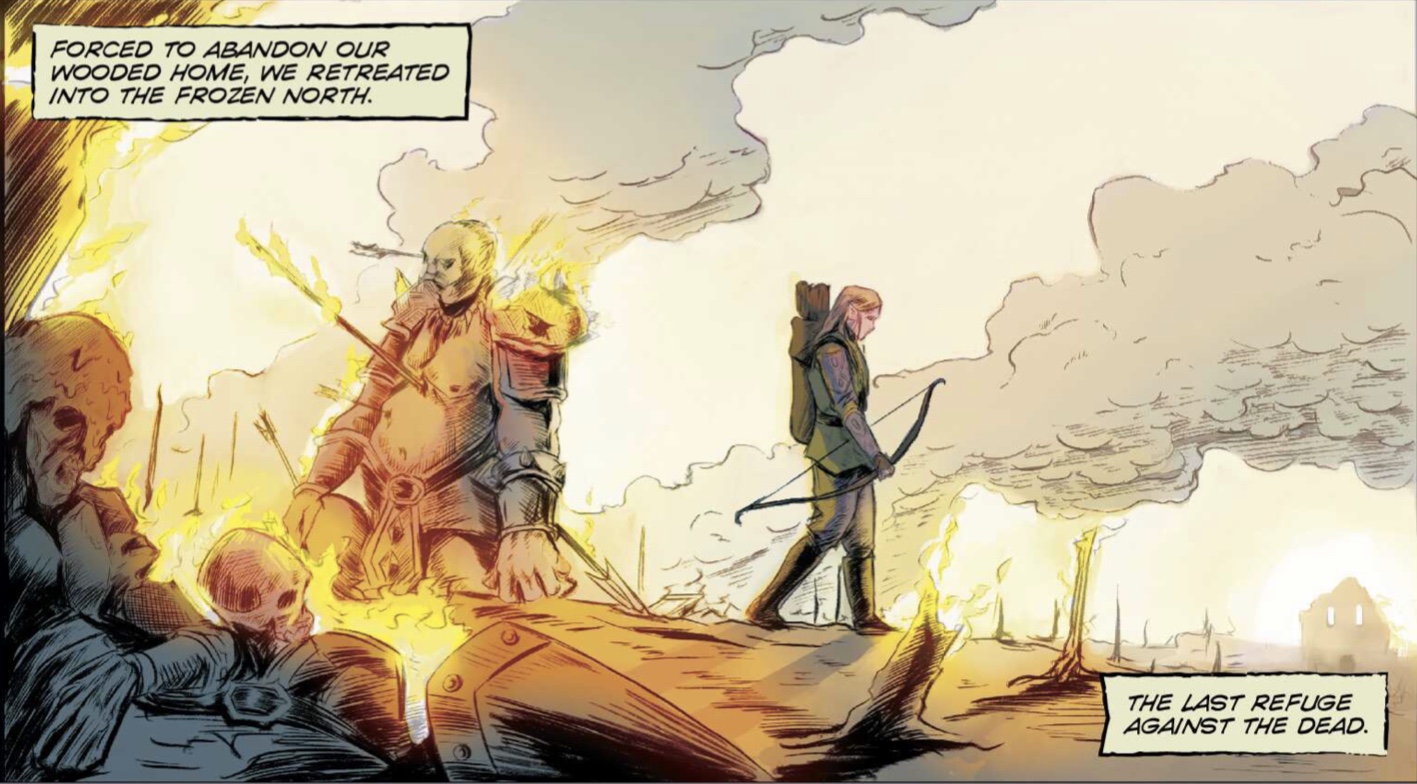 Canadian comic book writer and co-founder of Upstart Comics, J.L. Collins, will be launching a Kickstarter campaign for his newest comic venture, Thistle #1, on February 1, 2022.

Inspired by sword and sorcery fantasy epics, and zombie apocalypse stories, Thistle is a comic about losing the war at the far reaches of the world – attempting to save it – and the long journey back to discover if a home survives that is worth returning to. Having volunteered to traverse a magical one-way portal through the mountains of the world on a mission of revenge, Elf Ranger Tistlelandalon (Thistle) must survive long enough to confront the Necromancer: the master of an undead horde that destroyed the kingdoms of the humans and the elves.

“Thistle takes inspiration from survivor apocalypse stories and the sword and sorcery genre, where a band of intrepid heroes form a desperate alliance to defeat the villain and save the world. That’s where so many of our most treasured and favorite stories end. That is not the story I want to tell. Where do the heroes go after losing the war? Who do they return to if all their families or friends have died? With Thistle, I wanted to explore the story AFTER the story, and the unexplored journey that begins after everything has been lost.” – J.L. Collins

The Kickstarter campaign will be to fund the completion of Thistle #1 and send it to print.

For more information about Thistle follow J.L. on Twitter and the prelaunch page for the Kickstarter: HERE

IS IDW’S FUTURE IN JEOPARDY?
Your First Look at the Fate of The Last Butcher in HOUSE OF SLAUGHTER #3
Sponsor