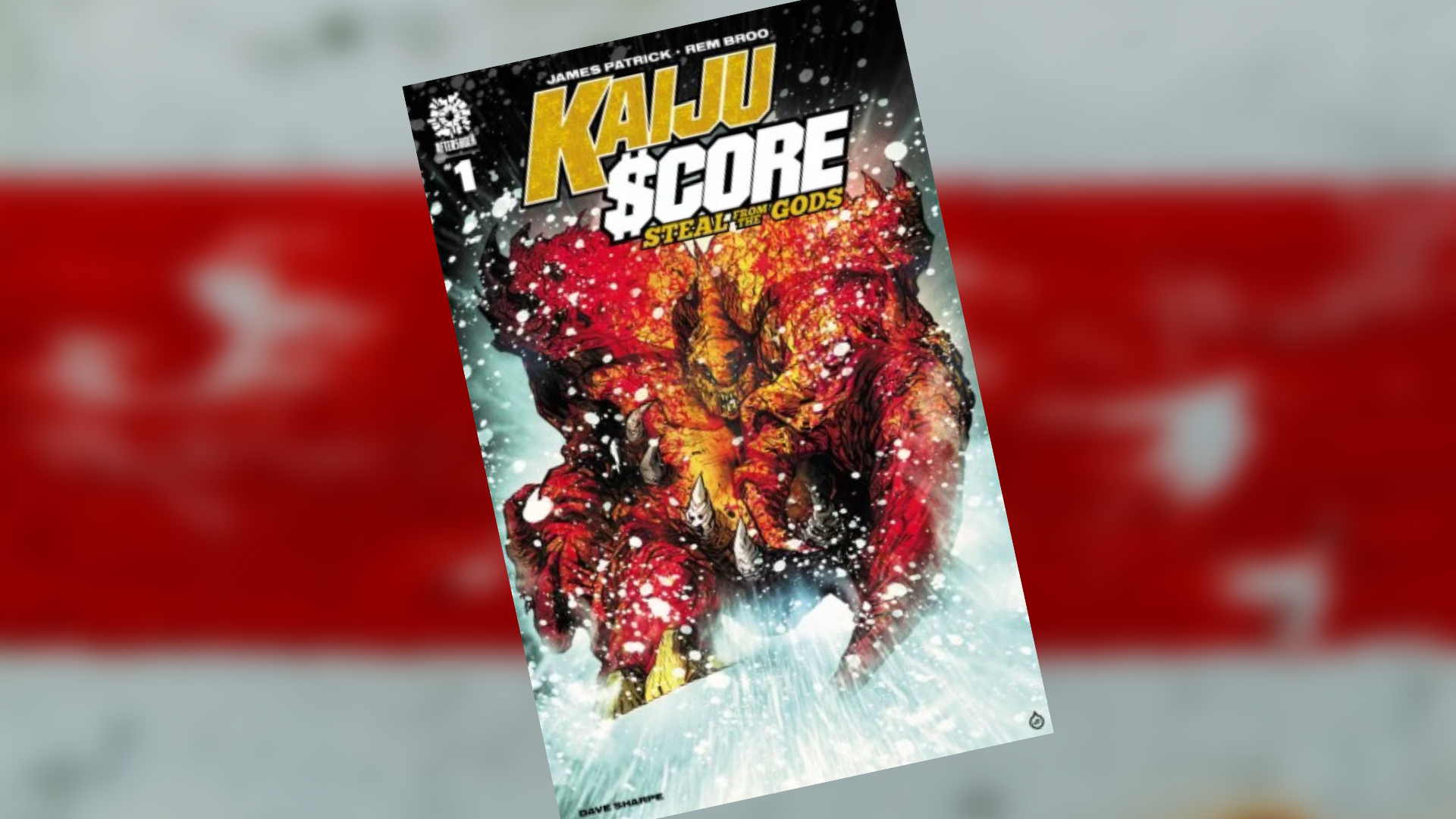 In late 2020 James Patrick gave us “Kaiju Score”. This title holds a special place in my heart because it was one of the first small press publishing titles that I was truly into. New issues of “Kaiju Score” made new comic book days even better. When it was all said and done “Kaiju Score” was one of the three titles I chose for best book of 2021.

I was thrilled when the announcement came out we are getting a sequel entitled “Kaiju Score: Steal From the Gods”. I had the opportunity to ask the title’s co-creator, James Patrick a few questions about the upcoming series.

Quentin Rushing (QR): How would you describe the new title to someone unfamiliar with Kaiju Score?

James Patrick (JP): I’d first defer to the hook of the original series, which is basically that Kaiju Score is like some Quentin Tarantino movie occurring in a corner of a Godzilla movie. That’s always been the quickest way to describe it and convey it. Having said that, to this day, people still complain or can’t understand why there aren’t more kaiju on every page or kaiju battles throughout – but the reason for that is explained in that premise as well.

QR: Considering how well done Kaiju Score was, how do you top that as a creator?

JP: The right answer here is that, when you’re a writer, you never really compete with your other books, other people’s books, or other writers, you’re always competing to make the best story you can with the story you’re working on at the time. To get the most out of it. And the rest takes care of itself, if those other things are what’s important to someone.

QR: I saw Michelle is coming back for the sequel. Will we be seeing any other familiar faces?

JP: Absolutely, but this is Michelle’s story. It’s because of her and where she is that there is a reason to tell another one. But yeah, familiar faces will absolutely pop up.

QR: Was the sequel originally planned or did you have an epiphany after Kaiju Score was completed?

QR: I saw Rem Brooks back in the fold. How exciting is it to be getting the band back together to pick up where you left off?

JP: Rem isn’t just back in the fold – he’s co-creator. We’re in this together. Without him, this book isn’t what it is. And I just love the tone and swagger I can play with his style. It allows me to get kind of hyper-real with a lot of things, including the dialogue, and he’s absolutely killing it here.

QR: How many issues can we look forward to in this run?

JP: It’s another four issue run, but each issue has extra pages.

QR: The last time we spoke you had some other projects that we talked about. Is there anything new coming down the pike that we might not be aware of?

QR: If it’s anything like Kaiju Score, the sequel promises to be nothing short of spectacular. Good luck with this and any future projects. Thank you for your time.

JP: Thanks! Appreciate it! Great job on your reviews, as well.