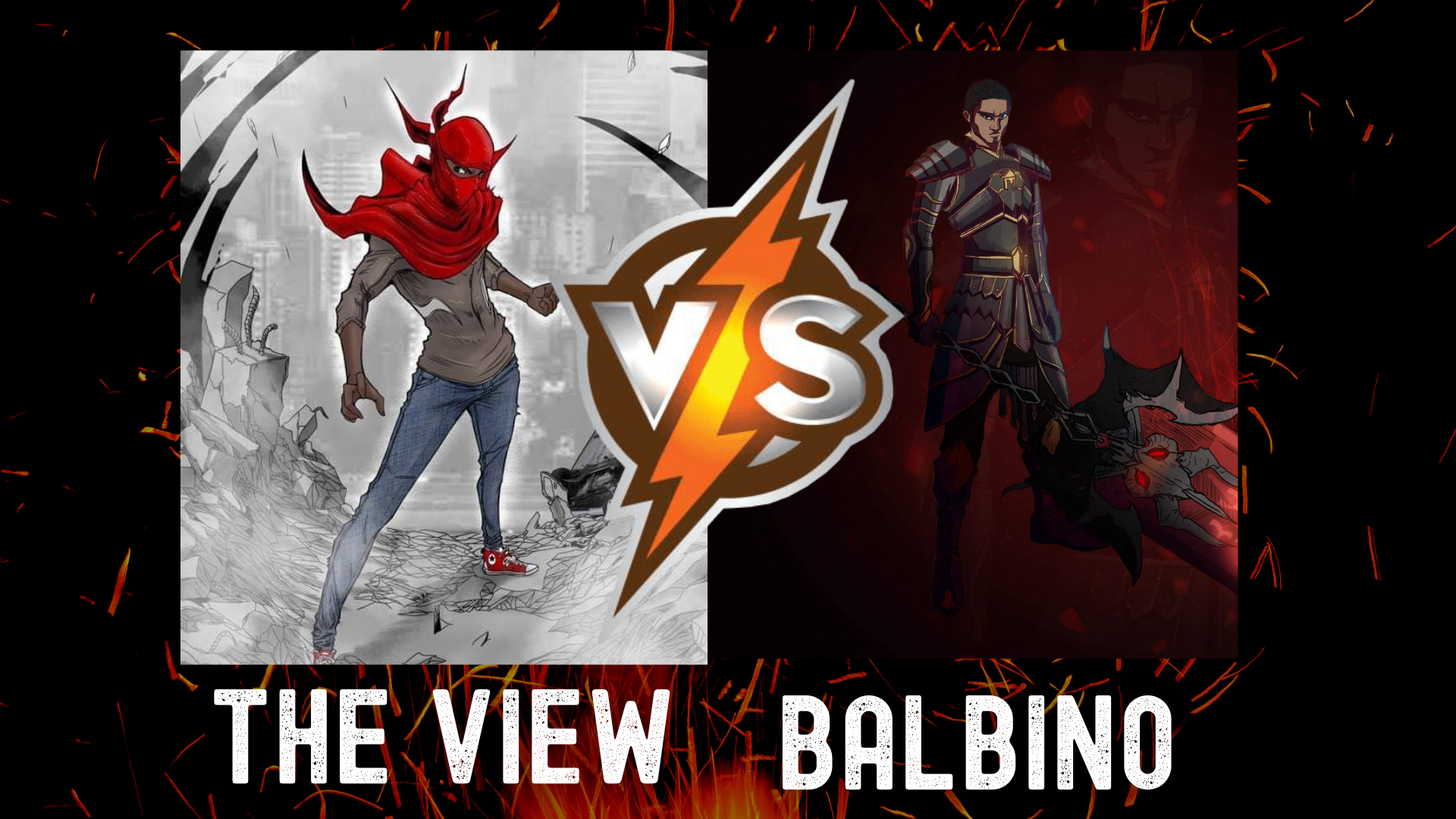 May’s Indie Comic Throwdown is The View VERSUS Balbino!

If you missed the introduction post to the Indie Comic Throwdown, you can read it HERE, but the brief recap is every month, we’ll announce a match-up and start the poll. Starting in April, we started a special partnership with Chat and Draw! After the poll, but before the final results, Michael Watson will host both creators and draw the battle LIVE during an episode of Chat And Draw! At the end of the month, we’ll announce the results and offer our take on the battle. These Throwdowns are meant to be light-hearted, fun, and a feature to bring the fans together!

The poll for The View vs Balbino will be open through 5/17/21. It will then be locked and we’ll begin writing the battle based on the poll results!

Chaz Johnson, aka The View

Powers: Can Create Any Physical Item By Using A Dark Aura (Limitation The View Has To Know The Basic Concept of The Item and The Item Only Last For One Minute)

Balbino – Captain of The Black Spartans

At 19yrs old he possesses the Sword of Otakemaru. This massive demon blade is attached to his soul, and has the power to absorb energy, mix it with dark energy, and release it back at his enemy. However, his sword cannot absorb light energy.

Due to the massive weight and spiritual energy of the sword, Balbino has developed high levels of physical energy and spiritual pressure to be able to use it.