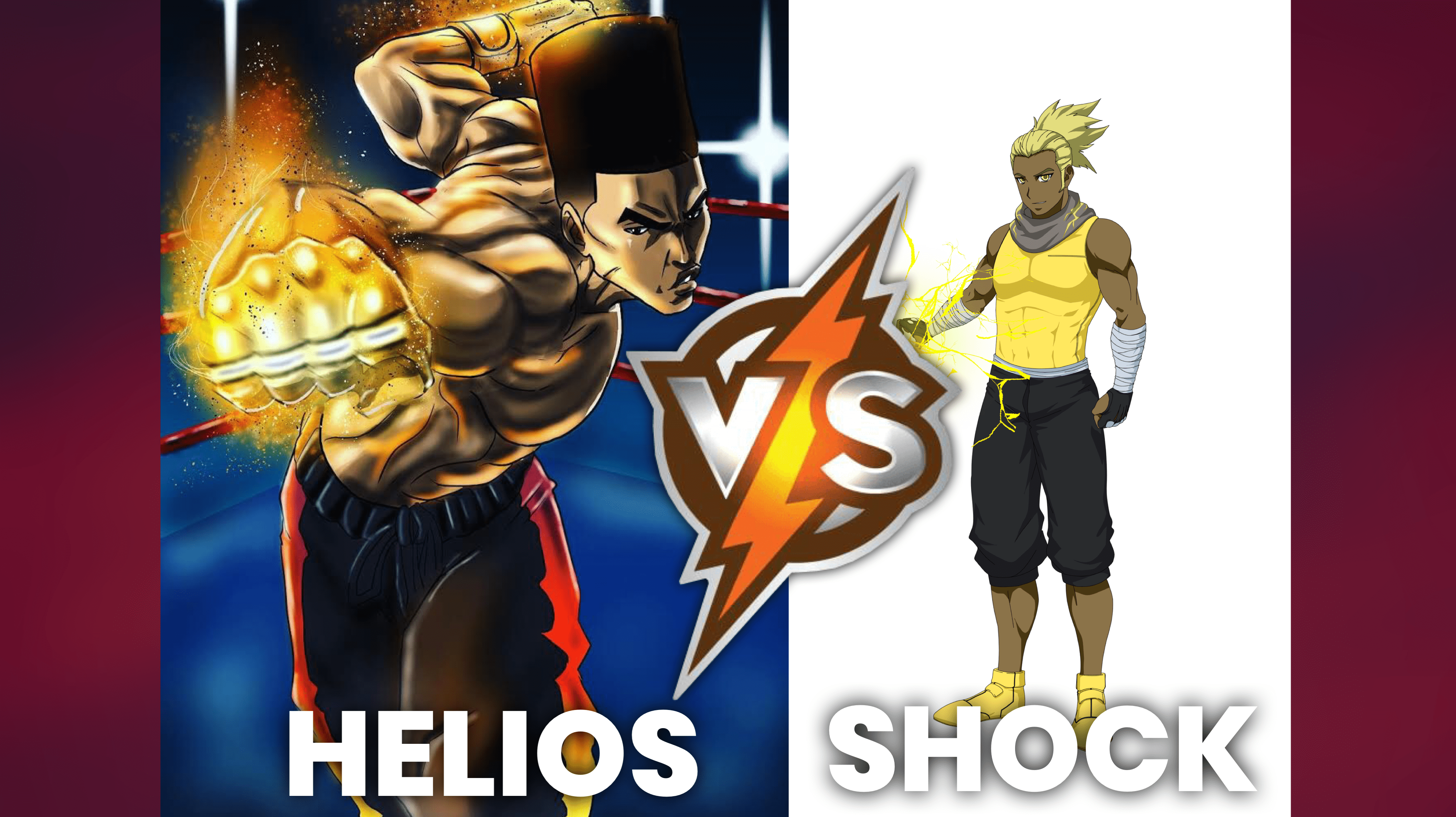 If you missed the introduction post to the Indie Comic Throwdown, you can read it HERE, but the brief recap is every month, we’ll announce a match-up and start the poll. At the end of the month, we’ll announce the results and offer our take on the battle. These Throwdowns are meant to be light-hearted, fun, and a feature to bring the fans together!  October’s Throwdown, Kaliburn Versus The Convictor, can be found HERE.

The poll for Helios vs Shock will be open until 11/14/20. It will then be locked and we’ll begin writing the battle based on the poll results!

Helios Powers & Abilities: Manipulation over sunlight (Heliokinesis), create/control heat, pyrokinesis, Helios is a trained Kickboxer and has mastered breathing fire! His most powerful ability is his heliokinesis, with this ability he can control heat temperature and at max-potential, he can use his heliokinesis to pull the sun rays closer to Earth’s surface. Helios is a trained kickboxer being trained by Omega and Alpha. Helios can also create fire constructs and use fire manipulation and constructions as a way to levitate

Shock is basically a lord of lightning. Infused with an elemental stone of lightning that was used for eons to keep balance in the universe, he can create, absorb, and manipulate lightning or electricity. Shock is very skilled in martial arts. He lands his attacks with pinpoint accuracy and delivers low doses of electricity through his opponent’s body slowly decreasing their response time. Shock likes to create pure electric weapons out of his powers to use in combat. Shock is naturally stronger and faster than any human but his speed is his true weapon that is unmatched.