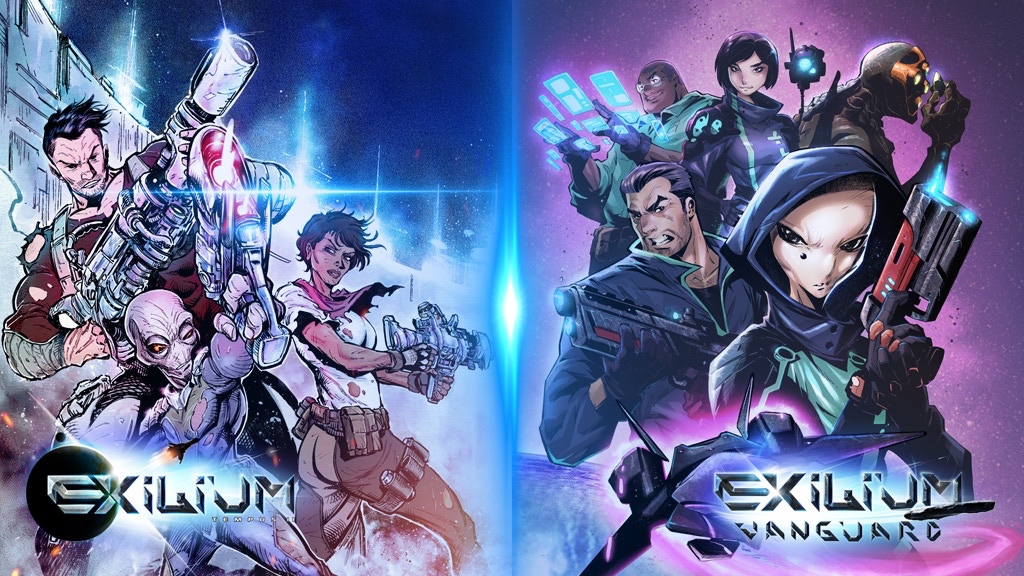 Written by Slabak, and with the combined artistic talents of Salomon Farias (Scout Comics’ The Wretches and IDW’s Back to the Future: Citizen Brown) and Pablo Verdugo Munoz (Action Lab Comics’ Mr. Beaver and Mad Cave Studios’ Hollywood Trash). Slabak’s Kickstarter campaign is raising funds to release the 2nd issue of Exilium: Season 2 and the first two issues of Exilium Vanguard, a series taking place in the original Exilium universe, which fans (old and new) will gravitate towards.

Exilium and Exilium: Vanguard create such an immersive science fiction experience for readers that Slabak promises “you don’t need to own the original Exilium run” to enjoy this operatic space adventure series. This is a universe expansion of two fronts.

Slabak had the following to say about the latest instalment of Exilium:

“When I set out to write the story of Exilium, I had it in mind for the story to grow beyond the initial six-issue series and for the universe of Exilium to keep expanding. Upon completing season one and the end of the story arc, I started toying with the idea of a spin-off series and planted a bit of an easter egg on the very last page of the first series. Not only did the epilogue serve to set up the second season, but it’s directly tied in with the spin-off series as well.

“Titled Exilium: Vanguard, the new series is not a prequel nor a sequel. Rather, it takes place concurrently with the events of the first series, with the opening taking place just one day before the action unfolds in the first issue of the very first Exilium series. The first issue of Exilium: Vanguard will introduce some new faces as they embark on a perilous mission, and we’ll see some familiar faces, too, from the first series making a cameo and somewhat of a passing-of-the-torch.

“I’m very excited to be working with Pablo Verdugo Muñoz, who is doing a phenomenal job illustrating this series, and it’s been a lot of fun collaborating with him. We have opted for grey tones instead of colour as Pablo’s inks and grey tones look simply amazing, and on top of that, I had been toying with the idea of doing a black and white book for some time.

Exilium: Vanguard is a series that no Exilium nor sci-fi/space opera fan should miss. It will be quite a ride.”

The latest installment of Exilium and the first two issues of Exilium: Vanguard will be launching on Kickstarter on the 24th of August, 2021 with a plethora of Reward Tiers promised. Head to the Pre-Launch page to set up your Notifications so you don’t miss out! And for those fans concerned with catching up on the first series, a hefty hardcover edition of Season 1 will also be available.

Follow The Kickstarter for Updates
Liked it? Take a second to support ICD on Patreon!