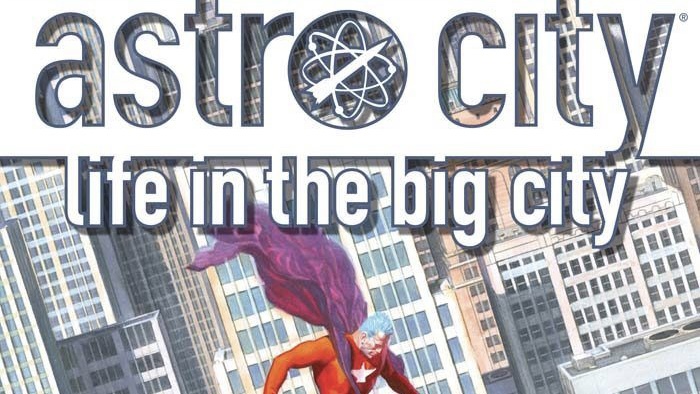 “I’m thrilled to be consolidating my creator-owned books at Image,” said Busiek. “Readers have been asking us to make these stories available again, so we’re glad to have them all together at last, and in great company with the rest of the Image line. This is just the beginning, too—there’ll be new material coming as well, but that’ll be another announcement for another day.”

About Astro City—
Originally published by Image, Astro City is a multiple Eisner and Harvey award winning superhero anthology written by Busiek with art by Brent Anderson and covers and character designs by Alex Ross. Set in a city that’s home to superheroes, villains, monsters, mad scientists and more, it tells stories from a variety of perspectives, illuminating what it’s like to live amid such marvels.

About Arrowsmith—
A high fantasy series written by Busiek with art by Pacheco, set in an alternate history where wizardry and the creatures of myth have been part of the world since the time of Charlemagne. The beloved series tells the story of a young man caught up in World War One, dealing with dragons, trolls and more.

About The Wizard’s Tale—
Master storytellers Busiek and Wenzel channel a Terry Pratchett sense of whimsy with the supposed-to-be-evil wizard Bafflerog and his companions in this delightful fantasy series. Readers join Gumpwort, an enchanted toad who was once a wizard himself, and Muddle, the third son of a woodcutter who’s convinced he’ll one day be king—as they make a journey that may mean the end of everything.

About Shockrockets—
Busiek and Immonen take readers 60 years in the future. Here, Earth is protected by an unbeatable squadron of hi-tech aircraft—built from a fusion of modern and alien technology—called Shockrockets. Controlled by elite pilots, the Shockrockets protect Earth after a devastating invasion from space. In a freak moment of chance, a tech-obsessed youth named Alejandro Cruz becomes the newest Shockrockets pilot. But could he be in over his head?

About Superstar: As Seen on TV—
With the public behind him, he can work miracles—without them, he’s nothing! Busiek and Immonen introduce Superstar, a superhero whose power is tied to his fame: The more popular he is, the more powerful he becomes. He’s made a deal with his father, an international media tycoon, to help boost his profile as an influencer and keep powerful enough to save the world. But is the price of fame worth becoming just another “property” in his father’s portfolio?

These titles will be available at ComiXology on Wednesday, August 4 and then on Apple Books and Google Play shortly thereafter.