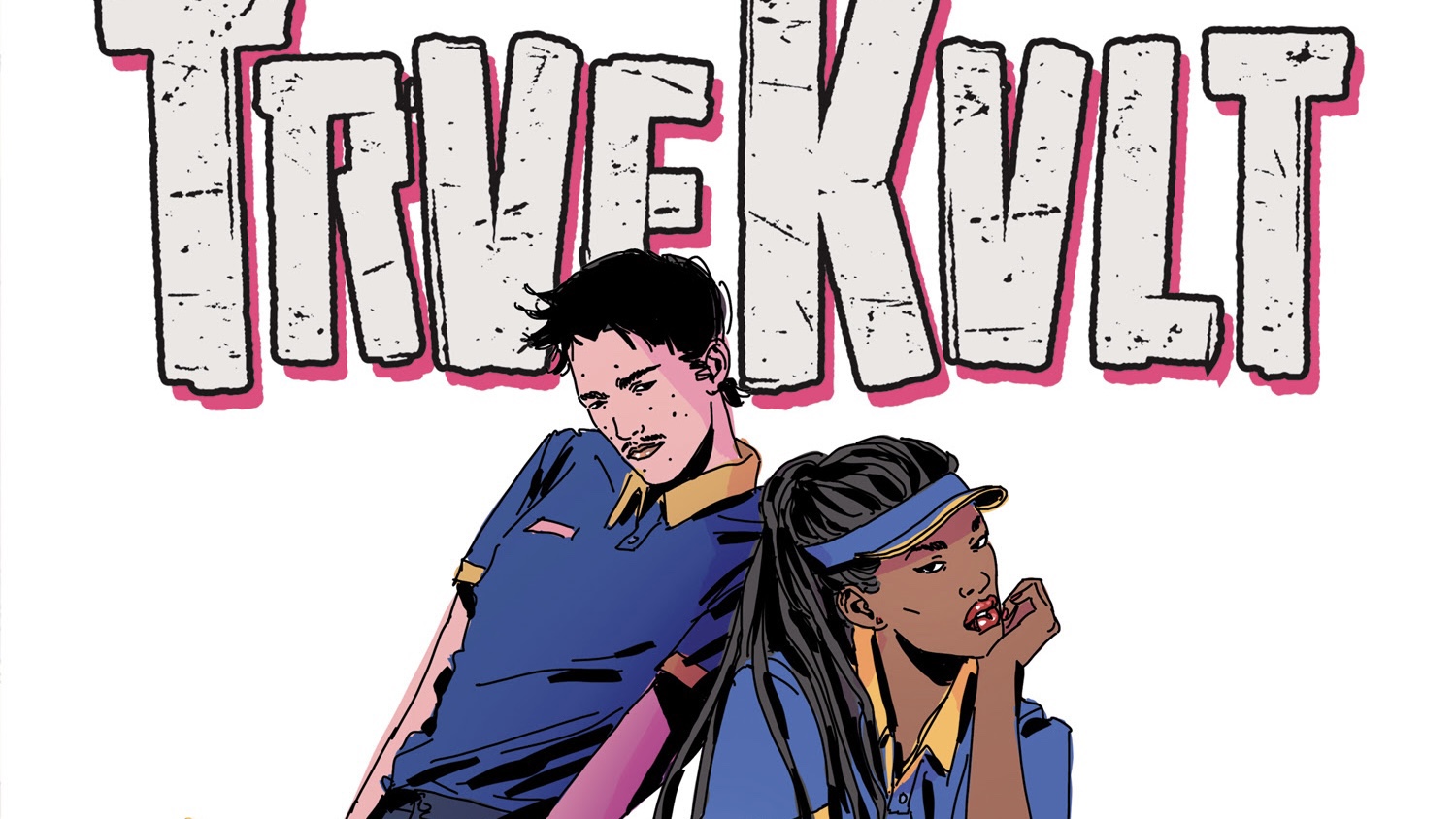 After fifteen years working for local fast-food franchise Burger Lord, down-and-out loser and proud metalhead Marty (aka “Tarantula”) feels burned out and ready for a full-life reset. After his last-ditch attempt to lock down some cash goes awry, Marty—alongside plucky new Burger Lord hire Alison—finds himself ensnared in the web of a violent satanic death cult with ruthless and deadly intentions.

“I had an idea for a project set in the world of fast food that had supernatural/satanic elements,” Wilson says. “Liana [Kangas] and I bonded over our time in the trenches working fast food and got more and more excited about building the world of Burger Lord. We saw that our excitement for the subject matter resonated with fans, too. It seems like everybody has, or has had, a terrible job with an incompetent boss that they hated. We’re so thrilled to team up with IDW to get this to a wider audience!”

“I remember a time when I scoured the comic shelves for any new releases that resembled my favorite movies,” says Kangas. “While I can’t say that TRVE KVLT is exactly like any movie you’ve seen, if you love the Coen Brothers, Pulp Fiction, and maybe a little bit of Ryan Reynolds or Good Burger humor, this is the book for you.”

“The story gained a lot of loyal supporters since the Kickstarter project,” says colorist Gab Contreras. “Fans have even been creating artwork and cosplay based on the series! It’s really amazing. I’m excited for the opportunity to meet some of our fans in person at future events.”

“TRVE KVLT is the comic I’ve been looking for since I first started reading comics,” says IDW editor Chase Marotz. “Wickedly funny, brutally honest, and with a true love for its beautifully weird and damaged cast of characters wrapped up in a heavy metal heist story. Scott and Liana haven’t just created a tightly woven satanic thrill ride, but a whole crew of people you’ll want to spend time with. Put on a Winger cassette, grab a large soda, and join us for the fun.”

TRVE KVLT #1will be available with three variant covers for fans and retailers to enjoy, including Cover A by interior artist Liana Kangas and colorist Gab Contreras, Cover B by Maria Llovet, and Cover C by artist Fabian Lelay and colorist Lizard.

For information on how to acquire copies of the TRVE KVLT comic books, please contact your local comic shop or visit www.comicshoplocator.com to find a store near you.