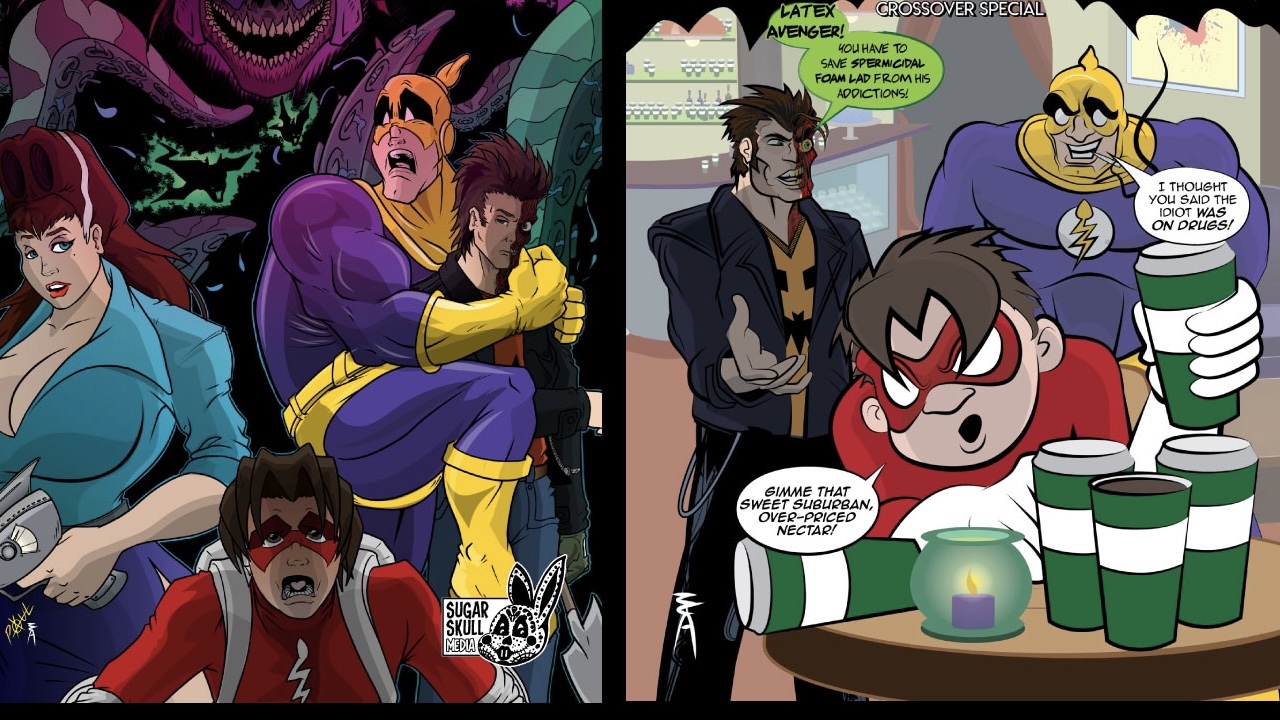 Ringo Awards nominee Drew Edwards (Lucy Chaplin, Survivor) is teaming up with Dan Price (Bigfoot Knows Karate, Excelsi-ish for The Stan Lee Foundation) as co-writers to bring their unconventional creations together in a single comedy-packed comic special.  The duo is joined by Paulo J. Hernandez on pencils and April Guadiana on colors/letters, in what is bound to be the quirkiest crowdfunded comic of the year.

Entitled “Coffeehouse on Haunted Hill”, this special issue of Halloween Man involves Latex Avenger and his sidekick, Spermicidal Foam Lad, wandering into a ghost-filled Java Bar currently under investigation by Halloween Man and his girlfriend, Dr. Lucy Chaplin. Will the two teams be able to coexist to solve the case?

Drew Edwards sums it up nicely; “The fun comes from the oil and water chemistry of the characters.”

With the Indiegogo crowdfunding campaign launching on July 6th, readers can get on the action as there is a Draw This in Your Style Contest where you the Halloween Man and Latex Avenger characters for a chance to have your art in the comic as a pin-up or as a variant cover. The contest runs until July 15th.

A TALE OF TWO WAR BOTS
The Lost Gardens
Sponsor