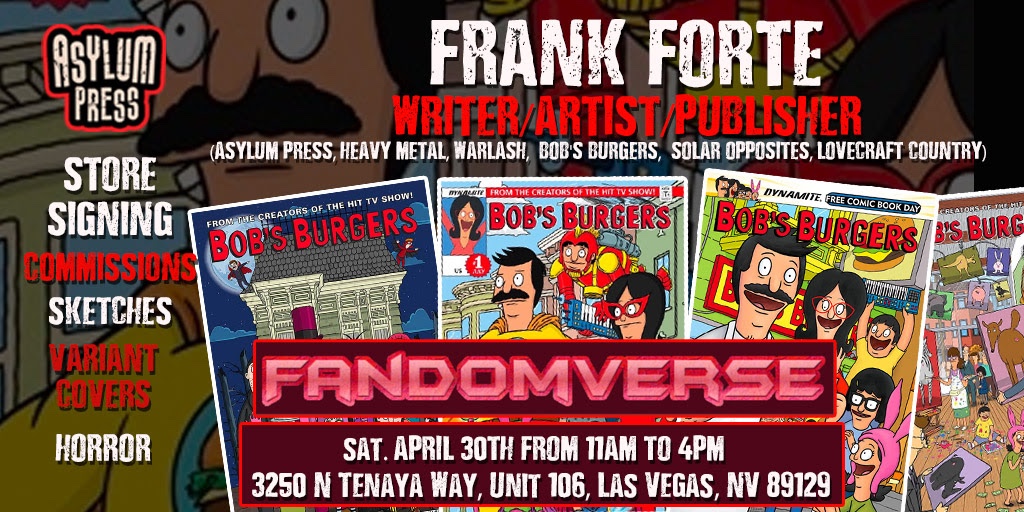 Frank will have new Variant covers to Vampire Macabre, Zombie Terrors, Asylum of Horrors, Warlash and more. Bring your Bob’s Burgers merch to sign. Frank Will be doing sketches and commissions.

REVIEW: Home Free #1
REVIEW: Once Upon A Time in Xanatopia #1
Sponsor