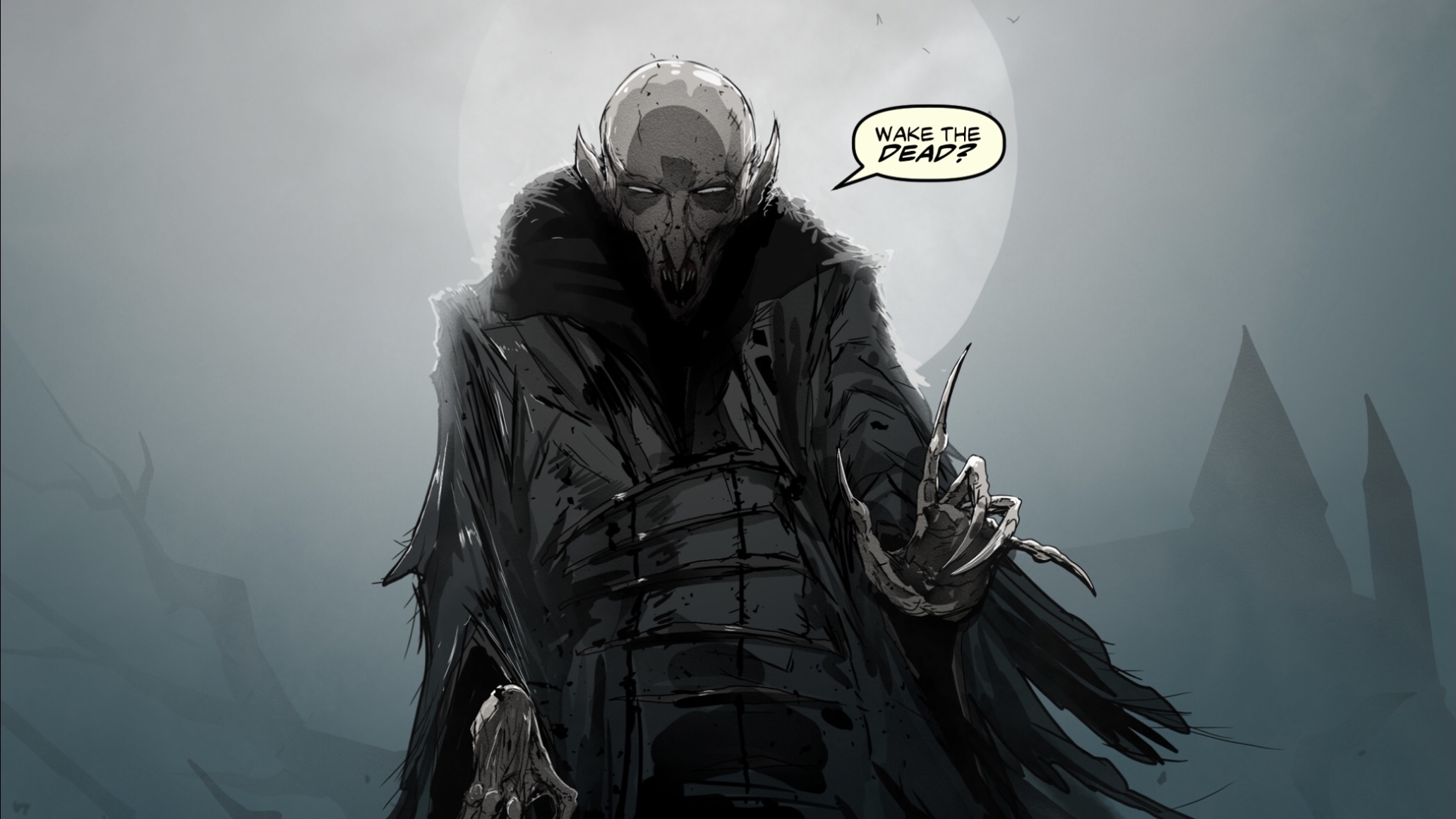 How far would you go to find your family? Experience everything from viking werewolves fighting gorillas to a lovesick Atlantean Frankenstein in the comic that CBR calls “moving and dark in all the right ways.” “Cover of Darkness #1” comes to comic shops Wednesday, Jan 19, 2022.

Cover of Darkness is a six-issue, dark-fantasy comic featuring a shared universe of reimagined monsters. Written by George Michail and Chris Cam with art by MJ Hiblen, the book follows five family members that have been brutally separated. They’ll travel unfathomable distances, make unlikely allies and encounter horrific, villainous creatures they never knew existed, all in a desperate attempt to reunite with each other.

“What [Cam] and I have tried to do with Cover of Darkness is to fill each issue with both a self-contained monster origin story and an ongoing adventure, where our family is on a collision course with those villains… If you want a sprawling epic with high fantasy concepts and endearing characters, Cover of Darkness is for you,” says Michail.

Each issue of Cover of Darkness will feature an A Cover by Hiblen and a B Cover by Scott McDaniel (Nightwing, Batman) and colored by Sanju Nivangune.

“MJ’s work has a gritty look with a real kinetic energy to it, which fits Cover of Darkness perfectly,” says Michail.