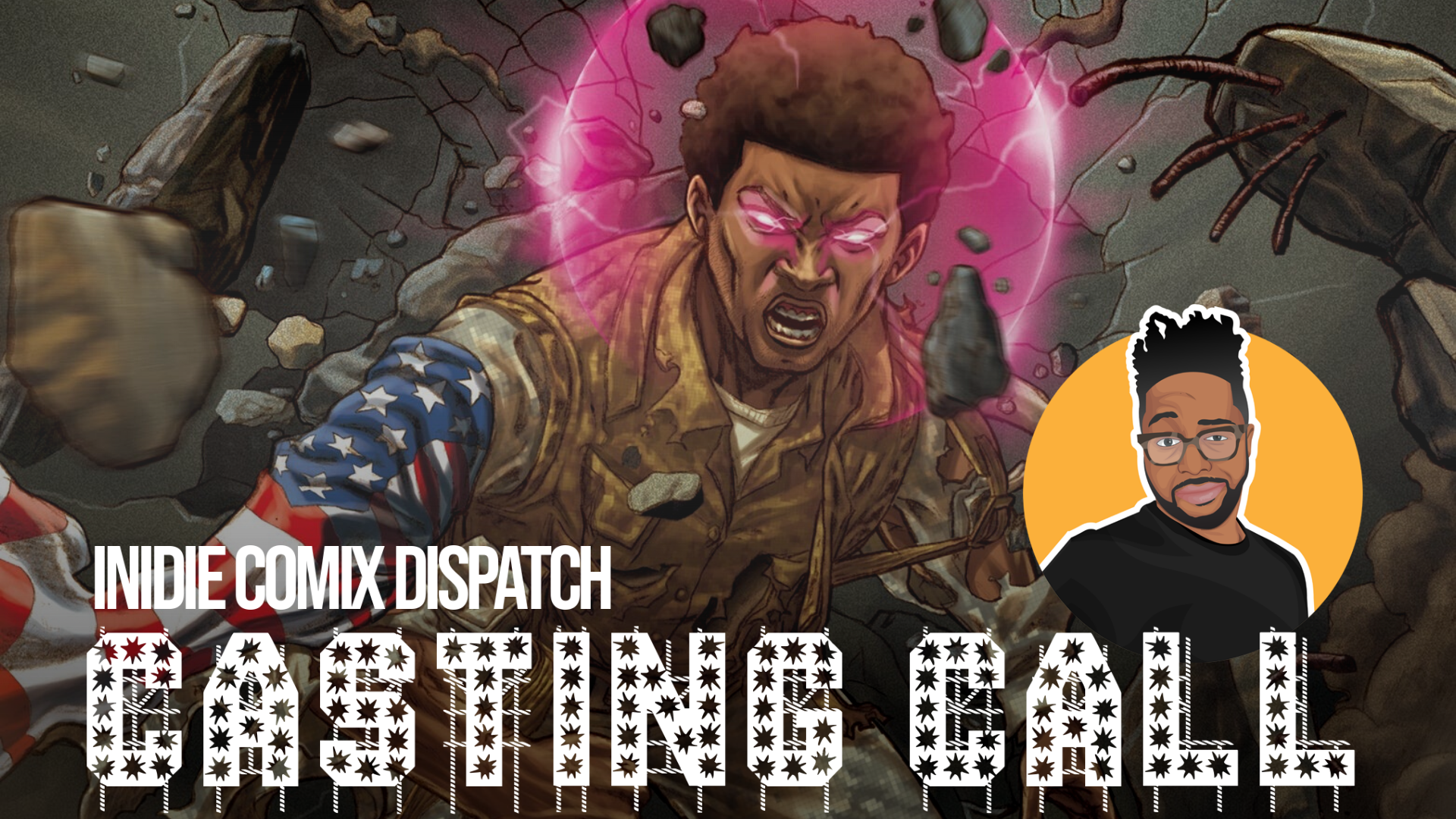 A most apt codename for the iconic superhero of the pioneering indie comic book company, 133art. Celebrated military vet Deacon Taylor embodies the attributes of a said “Paragon”. Courageous. Virtuous. Exemplary. I must confess when I first read One Nation #1 I was immediately drawn in. Jason Reeves is a wordsmith and word painter that blended harmoniously with his own awe-inspiring art. I felt like I was transported to 1991 and was given a front row seat at the birth of Paragon, a keramat, a superhuman of immense and multiple powers.

The comic played out like a movie as I turned each page. Hooked, I knew instantly I wanted to do a “Casting Call”. This need of mine only increased when I read issue #2 and One Nation: Safehouse. Which actor could effortlessly play the Superman of 133art? Which actor brims with the gravitas to portray arguably the most powerful of the Tenth heroes? Who is worthy of such an honor?

You might have heard of him. Recipient of numerous awards and nominations. It seems as if he has played virtually every type of role. Everything from “12 Years A Slave” to “Othello”. Ejiofor even made his MCU debut as the villainous Baron Mordo. Also, if Henry Cavill can play the Kryptonian “Boy Scout” Superman, then I see no reason why the British Chiwetel Ejiofor could not play the American Paragon!

I also wanted to shed some light on another a character I have come to love. The founder of the Tenth Organization. I read his one-shot, Old Druids, and enjoyed literally seeing him pop up in the other 133art titles. Sundiata. And one person came to me instantly. Thanks to his recent portrayal of the Wizard in DC’s “Shazam” movie.

You might have heard of an actor named Djimon Hounsou…

Djimon Hounsou as Sundiata: We need someone of the commanding authority to play the Tenth’s founder and leader. As per Reeves, Sundiata is the Professor X of these extraordinary heroes. Just call Camille Friend so she can come up with some shoulder-length snowy locks to contrast nicely against Sundiata’s finely tailored three-piece suit. Perfection if you ask me.

So, I must know. Who would you cast as Paragon? Which actor does it for you? Tell me, tell Malachi…

Check Out The Book Behind The Casting!
Liked it? Take a second to support ICD on Patreon!