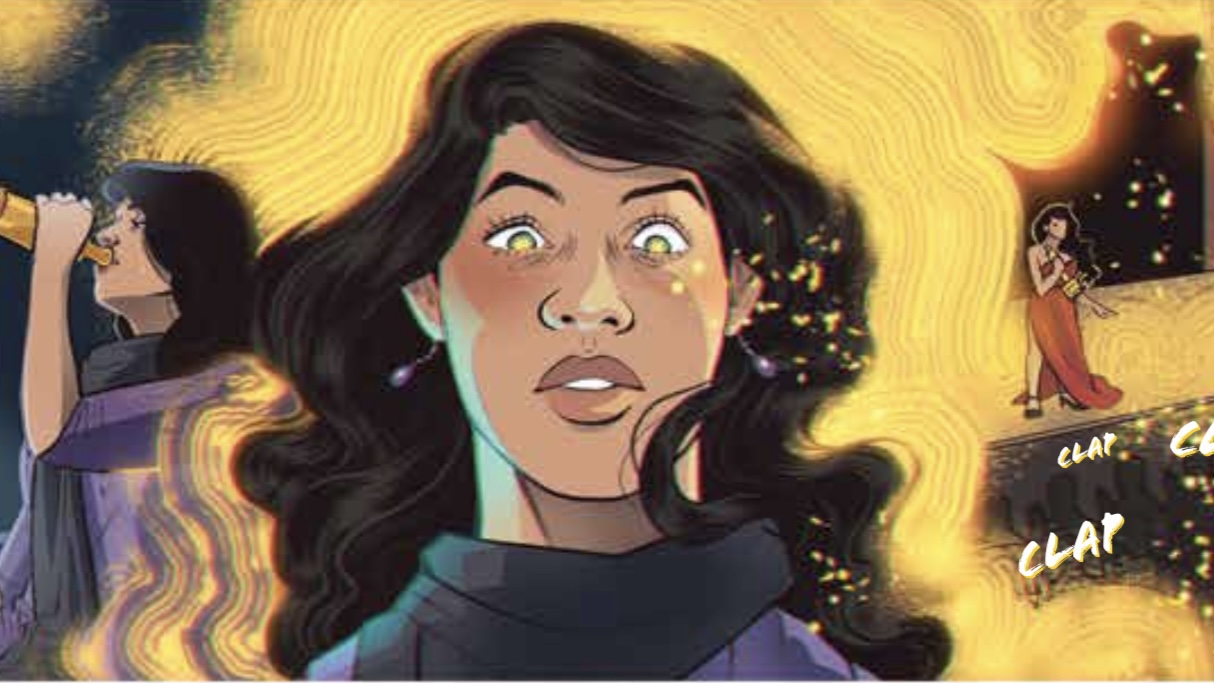 A DARK TALE ABOUT PARALLEL WORLDS, DOPPLEGÄNGERS, AND LOST DREAMS PREMIERES ON ZOOP ON FEBRUARY 28th.

American comic book writer and editor, Brittany Matter, will be launching a brand new Zoop campaign for the first issue in her new series, Dead Dreams: The Lucid Chronicles, on February 28th!

In Dead Dreams: The Lucid Chronicles, looking to live out her dreams of becoming an actress, timid Piña Axletree takes a tonic and wakes up in a parallel world, leading a drug syndicate. Will she run back to the familiar doldrums of her reality or become a more ruthless version of herself to achieve her dreams? On the surface, Dead Dreams: The Lucid Chronicles is a story that answers the question: What if a dream launched you into a parallel world where you could live your doppelgänger’s life? The story explores how doppelgängers raised in abusive environments make different life-altering choices.

“As a person who grew up in abusive environments, I wanted to examine the seemingly inescapable cycle of the adage ‘hurt people hurt people’ through doppelgängers. Piña and her doppelgänger Matron are two sides of the same coin—they both grew up abused by their parents, which makes Piña the anxious, timid person that she is, while Matron doesn’t exactly overcome her traumatic childhood.”

Ten percent of the funds raised will be donated to Kathy’s Legacy Foundation to support children and pets impacted by domestic violence.

For more information about Dead Dreams: The Lucid Chronicles and Brittany’s other works visit her Twitter and the prelaunch page for the Zoop campaign: HERE

Brittany Matter (she/her) is a multi-genre writer and editor (Off Into The Sunset, Miranda In The Maelstrom, Super Best Friend). She currently contributes to Marvel.com, and her writing explores themes of death and rebirth, control and resistance, the cycle of violence, and overcoming fears.